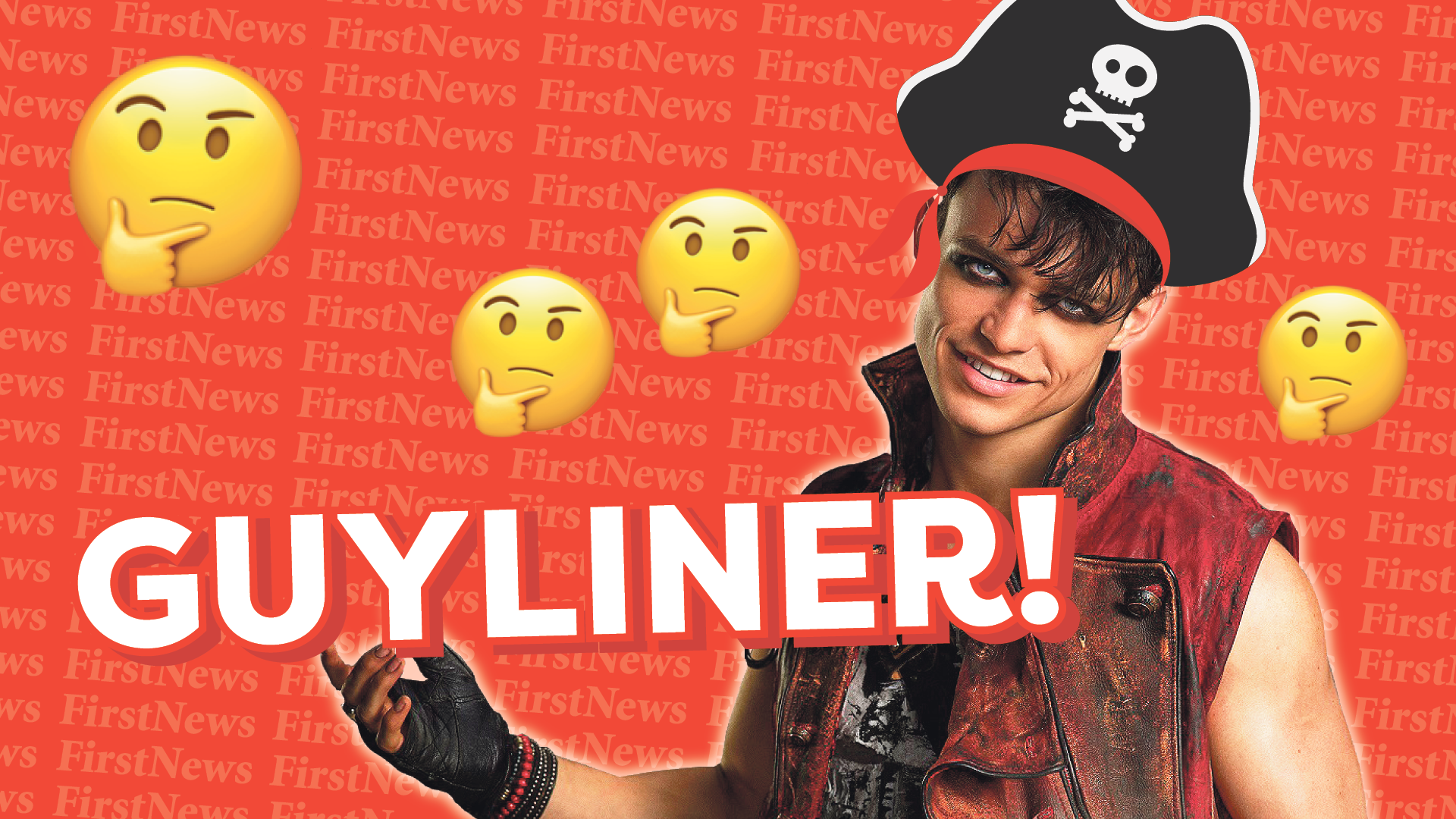 We caught up with new-boy Thomas Doherty (from Disney’s The Lodge) to learn how he transformed into Captain Hook’s villainous son, Harry, for Descendants 2– naturally his epic guyliner popped up in convo!

I didn't find it that funny really.

I don't see what's funny about it it's drama make-up

Why are you laughing?