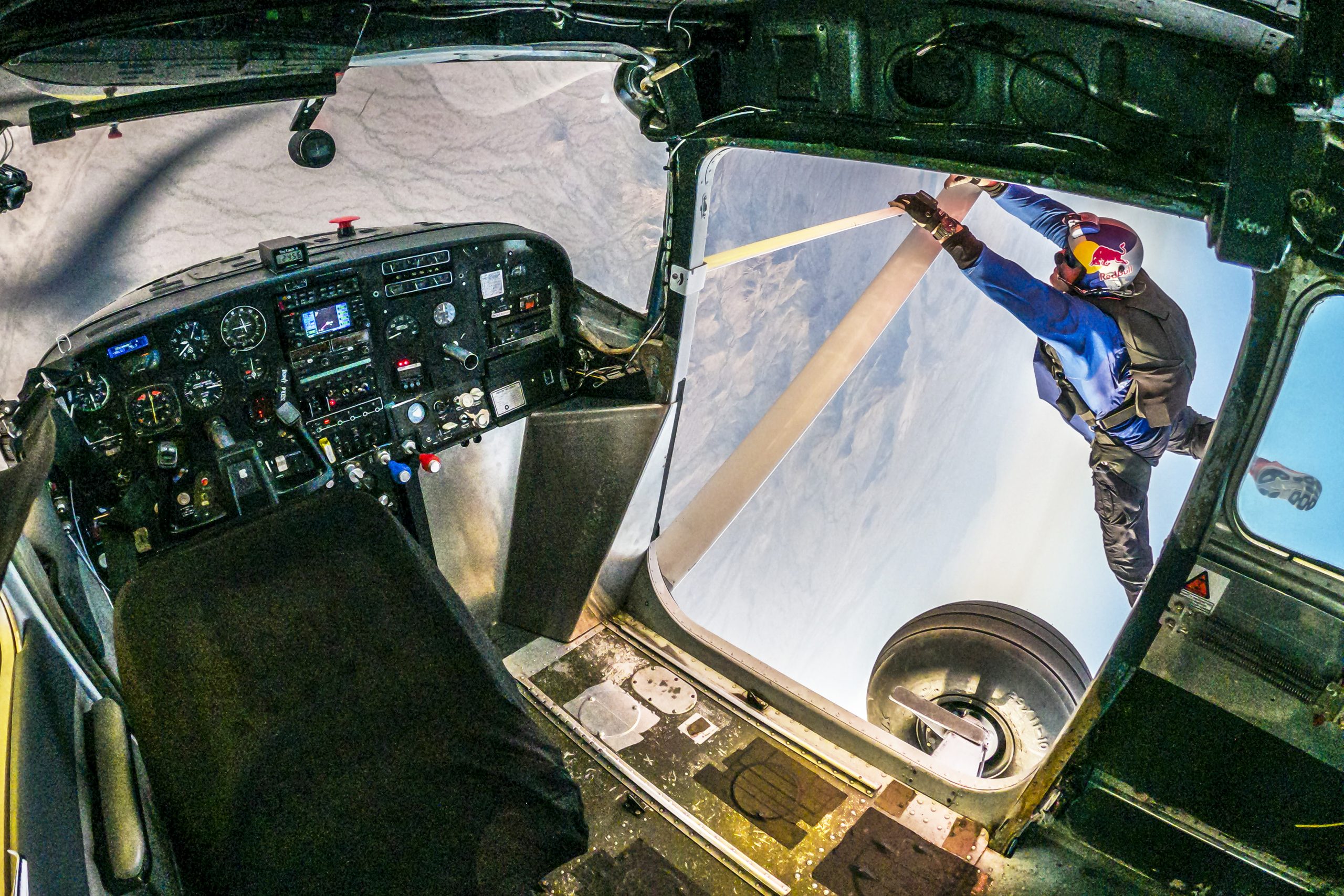 TWO pilots have become the first in the world to attempt a mid-air plane swap.

In the shocking stunt, pilots (and cousins) Luke Aikins and Andy Farrington both leapt out of the planes they were flying, high above the Arizona desert. They then both attempted to skydiver into each other’s – now plummeting – aircraft.

Aikins (pictured) managed to manoeuvre himself into his partner’s aircraft. Unfortunately, Farringdon was unable to enter the plane, so skydived into a safe landing.

The two had been preparing for the jump for a full year, altering the two small planes so that they could be entered more easily, and fitting them with parachutes.

Both planes landed safely, and nobody was injured.