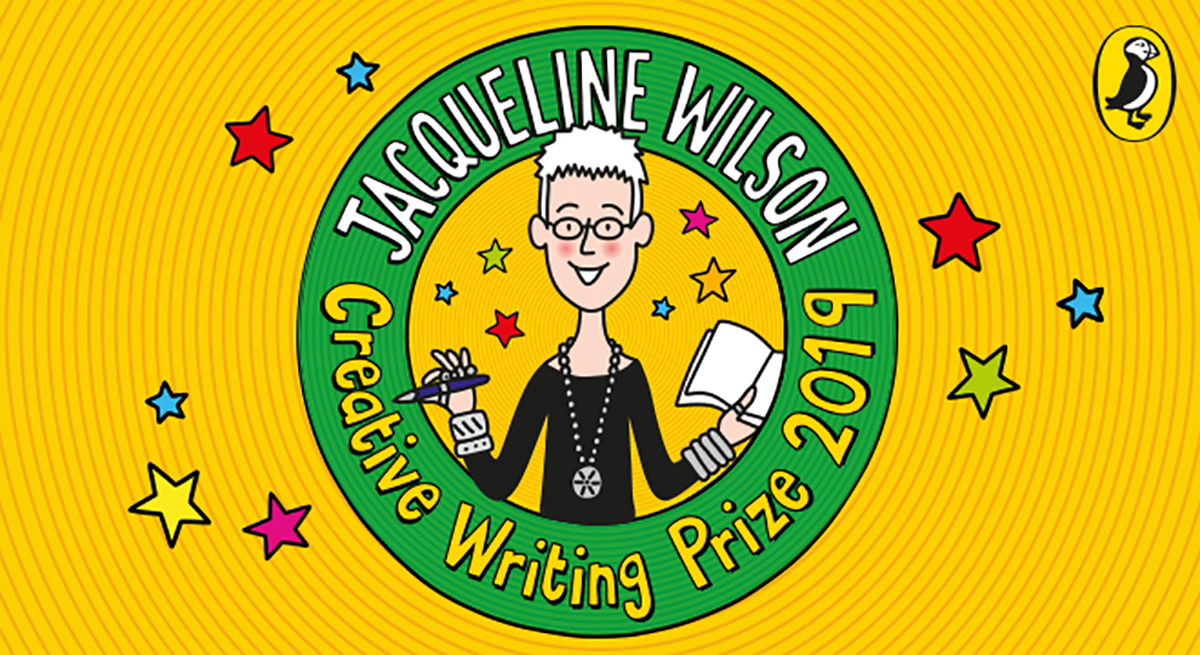 NINE-YEAR-OLD Fern Brindle from Derbyshire has been announced as the winner of this year’s Jacqueline Wilson Creative Writing Prize. First News was delighted to be involved in the judging process and to catch up with the prize-winning story writer!

The challenge was to write a short story on any subject of between 750-1,000 words. Fern beat some stiff competition to win the amazing prize of having her (very funny!) short story, Mum’s New Hobby, published in an exclusive edition of Jacqueline Wilson’s new book, We Are The Beaker Girls.

Jacqueline said: “It’s always a delight to see how many well-written and imaginative entries we get for the creative writing competition. This year’s stories were no exception, and it was extremely difficult choosing the winner and the runners-up. However, the judges were unanimous that Mum’s New Hobby should win because it was so funny, so original, and told with such a deft touch. I’m proud that Fern’s story will be published in my book next year!”

Fern will get the chance to meet Jacqueline Wilson herself, as part of her prize is a visit by the author to her school. She also wins lots of other goodies, including a year’s subscription to First News. Well done, Fern!

My mum is hobby mad. Last month it was electronics, the month before that it was archery. I still remember her crazy new ideas about baking for budgies, though I would rather forget them! This month all you can hear is ‘clickerty clack, clickery clack’ from her needles as she knits. No-one is safe from her knitted creations, even the dog has a stripy woolly pullover. He has been in hiding ever since. Everything in our house is knitted at the moment. Socks, blankets, placemats, curtains, rugs! Everything! Even the eggs in the fridge have cute little hats on and the steering wheel in the car is fluffy and woolly now too.

My friend Marcell comes round to call for me everyday to walk to school.

“What is she making now?” Mumbles my friend Marcell from behind a mountainous mound of wool. You would think that we lived in Antarctica with the amount of scarves we have piled high on every surface in the living room. I shrug my heavy but snug woolen clad shoulders.

“Hmmm, I’m not quite sure, could be new bag to put all her wool in I suppose, or another blanket for an orphaned Rhino I guess… but it looks even too big for that. It looks big enough to be a blanket for a blue whale!” I joke. No… Surely that can’t be it! I mean  I know only too well what happens when wool gets wet and it is not pretty. Last week I stupidly complained to my mum that my knitted knickers were just too itchy so she washed them. My itchy knickers became my titchy, itchy, knickers which was even worse.

“What are you making now mom?”  I bellowed through the colourful strands of wool whirling around the room.

“It’s a surprise! You’ll find out after school tonight.” She murmured without missing a stitch. Marcell and me back out of the crowded room. Seriously I’m sure the wool is moving, it’s almost like it is coming alive. I shudder as I close the door. What surprise could mum be working on that is sooooo large.

All day at school I just could not concentrate, I was getting more and more worried about what my mum’s surprise was going to be. At home time though I found my dad waiting for me. It was the best surprise ever as he had been working away all week in some place far away. So I was  pleased to see him as well as feeling relieved… until I turned the corner into our road.

There were people everywhere which is strange because we live in a cul de sac. Even my headteacher was there. At first I didn’t know what they were all gazing at. Then I realized were staring at my  house. Well not actually at my house as you couldn’t see it any more! It was now completely covered by a gigantic green and purple striped bobble hat, complete with a beach-ball sized bobble right on top. Just next to the enormous bobble sat my mum.

“Surprise!” She yelled as a kind fireman helped her onto his ladder and they climbed down to cheers and applause from the ever growing crowd

I thought that the fire fighters would be unhappy with my mum for wasting their time however they were actually quite pleased when my mum offered them scarves, gloves and even blankets as a way to say thank you for their help.

“Well this is a much better ‘thank you’ than tea and biscuits any day!” Said the Chief, “We’ll stay nice and warm on draughty nights at the station now” She said with a wave, and off they drove.

“Hmm” sighed my Dad “The only problem I can see is that bobble hats don’t come with doors installed!” My Mum looked thoughtful, and then giggled with glee.

“Now that would be a problem, except that I fitted it with this…” she pulled out a remote control, pressed it and a door sized part of the wool rolled up to reveal our front door.

“Wow! Now that’s what I call impressive” I said, “Let’s just hope that it doesn’t rain.” I shuddered thinking about the titchy, itchy, knicks!

“TAADAHHH!” Mum pulled out a shiny silver second remote. “Have no fear! I have thought of everything!”

With an enormous POP!

Out of the chimney shot an umbrella the size of a parachute. We both stared at my mum in amazement. Her wacky new hobbies really had come in useful after all… well all except for the archery and baking for budgies, but that’s another story.

A CHAT WITH THE PRIZE-WINNING WRITER

Congratulations on winning this year’s Jacqueline Wilson Creative Writing Prize! How did it feel when you found out you’d won?

Astonished! I really was shocked, especially because I didn’t realise that I would actually get to meet Jacqueline Wilson! It was very exciting to read the email, as I really wasn’t expecting it.

Your story, mum’s new hobby, is very funny! Where did the inspiration come from?

Thank you. It was so much fun to write it. I wanted to try and write a funny story because my grandad said that I didn’t have a sense of humour (I don’t find his jokes funny). Then my mum knitted a hat that didn’t turn out right; it was big enough to fit a giant and I just started imagining what funny things might happen with a ginormous hat!

What was the most challenging thing about writing your story?

Definitely trying to make the story funny was the thing that I found most challenging, because I am usually quite a serious person. I found it fun trying out a new style and although it was more tricky, I found it very rewarding in the end.

Is it exciting to have your story published in a Jacqueline Wilson book?

It is so exciting! I’m still quite shocked. I can’t believe people will actually get to read my story next to Jacqueline Wilson’s new story… I’m a bit more excited to see what Jacqueline’s story is about though, as I’ve read my own story a lot!

You also won a school visit from Jacqueline. Is everyone at your school looking forward to that?

Do you have any tips for anyone hoping to enter next year? How can they write a prize-winning story?

It is good to write about things that you know lots about, but sometimes it is worth doing some research and pushing yourself to try something new. It could be trying a new type of writing or even a totally new subject that you know nothing about. If you don’t try, you will never know what you can achieve.

Do you hope to be an author one day, like Jacqueline?

It would be amazing if I could be a proper author one day. Although Jacqueline Wilson has written over 100 really long books, so far I have only written short stories and poems. Maybe one day I will be like her, but for now I will just have to keep on trying to get better at writing and hope that people enjoy reading what comes out of my imagination.

Love it fern 👍🏾🥰 what a brilliant story

(JAQUELINE WILSON IS THE BEST!!!!)

(JAQUELINE WILSON IS THE BEST!!!!)
Yayyyyy!