PREVIEW: Here’s everything you need to know about, Crash Team Racing Nitro-Fueled! 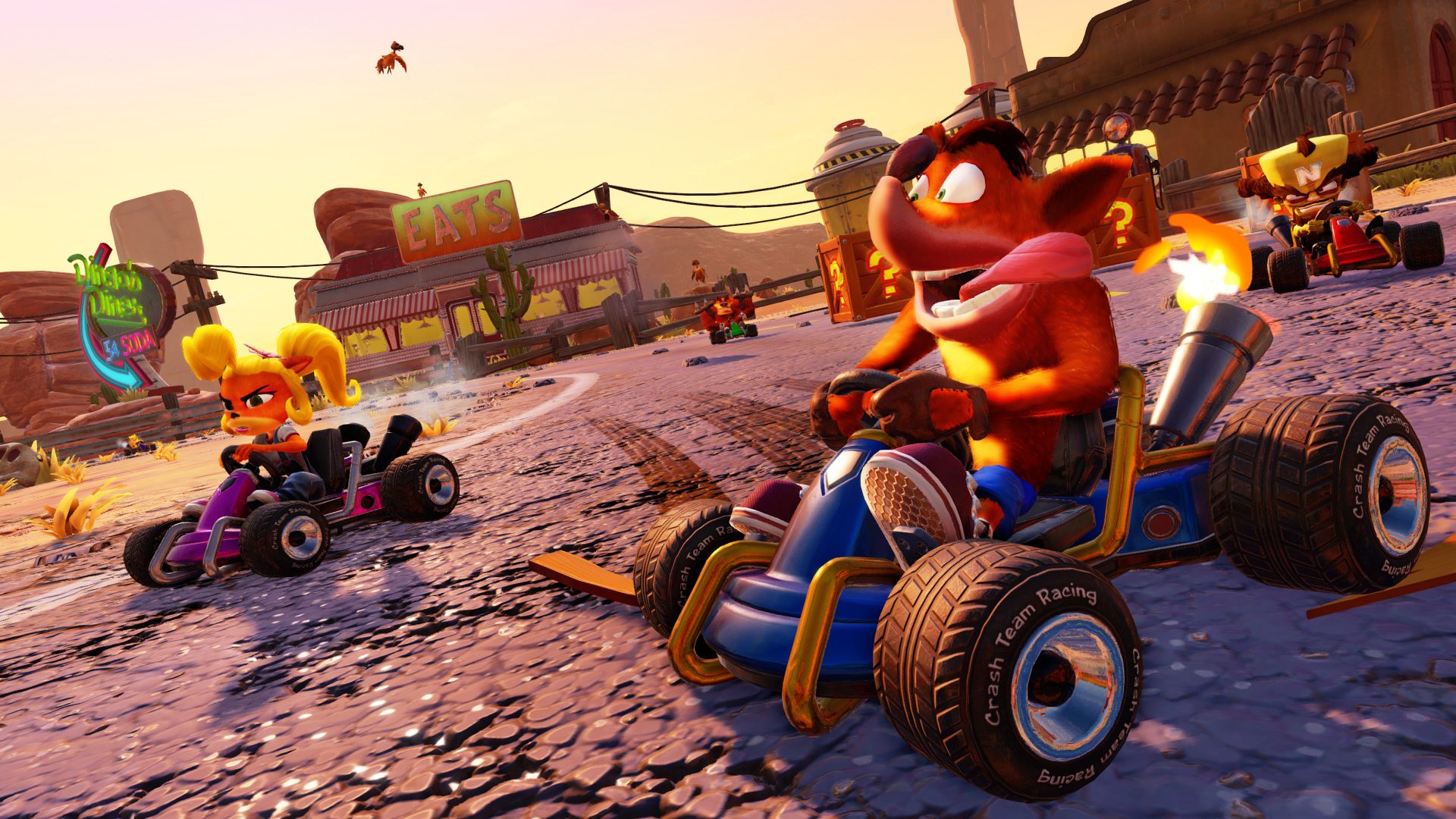 START those nitro-fueled engines, that crazy Crash Bandicoot is back on four wheels for the first time in more than 15 years – and he looks better than ever!

Some of you might not be that familiar with Crash Bandicoot, the spinning orange marsupial who yells “Woah!” every time he’s hurt, but back in the 1990s, this guy was EVERYWHERE. He even had his own Mario Kart-style racing game called Crash Team Racing.

Over the years, Crash sort of disappeared, until a beautiful, high-definition remaster of the series brought the bandicoot back into the limelight. Now, that racing series is getting its own remake, Crash Team Racing Nitro-Fueled – and we can tell you that it’s an absolute blast to play!

Crash Team Racing Nitro-Fueled is similar to Mario Kart in a few ways. You’re all in go-karts, for starters, and can collect power-ups from crates scattered around the course.

The courses feel a lot more dangerous than those in Mario Kart, with loads of sharp corners and seriously steep drops hidden throughout the tracks.

It can be quite frustrating when a rogue bomb or trap takes you out, sending you to last place almost instantly, but fortunately, Crash Team Racing Nitro-Fueled is chaotic enough that you might just end up in first place at the last second anyway!

The game looks great, and has a big bunch of customisation options. The better you do on the track, the more costumes, hats, vehicle options and victory poses you’ll unlock.

It looks like there’s a lot of love for Crash Team Racing Nitro-Fueled, but we’ll see just how fueled the game really is when it’s out on 21 June.

it's crash bandicoot not crash baricood