WATCH: ‘RUN, HIDE and TELL’ should be our immediate response to terror attacks 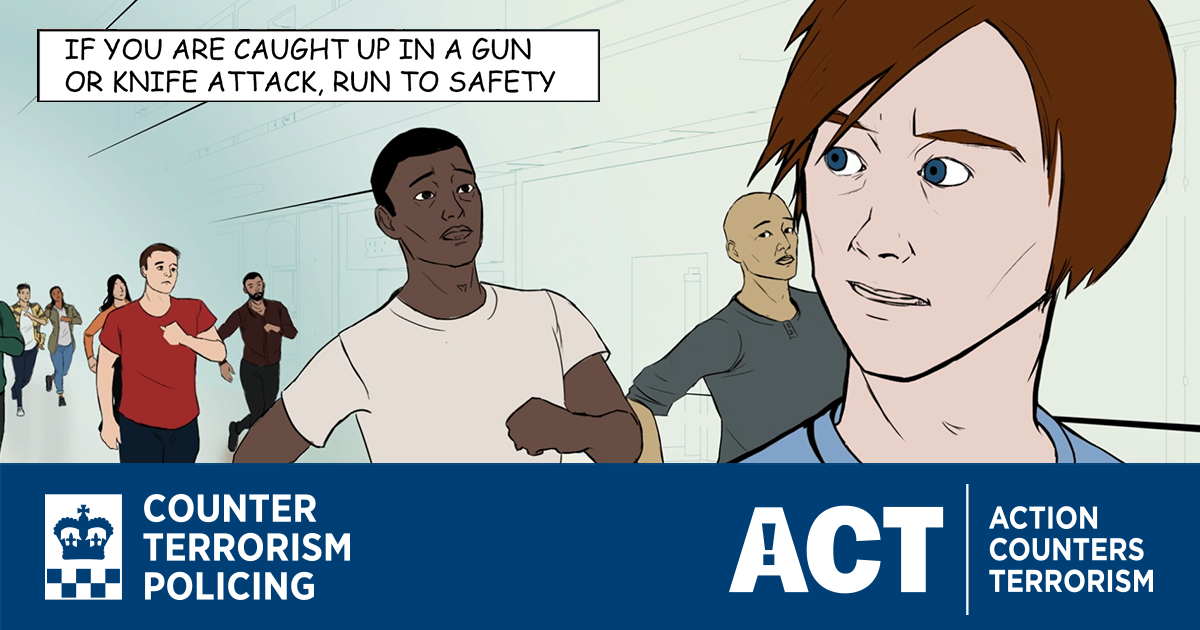 LOTS of people are talking about a new film which is teaching young people to RUN, HIDE and TELL if they find themselves caught up in a terror attack.

You have probably heard lots of people talking about terrorism recently. Attacks have happened in Manchester and London this year and a number of people, including children, have sadly died or been injured as a result.

We know that events like the Manchester attack can be scary, but it’s important to know that such attacks are thankfully rare and there are lots of people – including the police – doing a great job keeping you and your family safe.

But even though the chances of being caught up in an event like Manchester are very small, special police officers – with a helping hand from young people, like you – have been working to create advice which will help keep you safe in the unlikely event you are caught in an attack.

What you need to know: RUN, HIDE and TELL

This advice will teach you to RUN if you can, HIDE if you cannot run away, and TELL the police or parents only when you are a safe distance away from danger.

Counter Terrorism Police released the above film – which comes in the form of a comic strip animation – to help share the advice.

Watch the short film and let us know what you think by commenting below.

Stay on top of BIG NEWS

WATCH: Stay on top of the news every day with our video news bulletin (for kids!) – First News Today!

WATCH: If you’re ever worried by something that you’ve read about in the news, this video might help

That was quite helpful and I will not forget it just in case something happens.

this was good information!
it was very helpful!