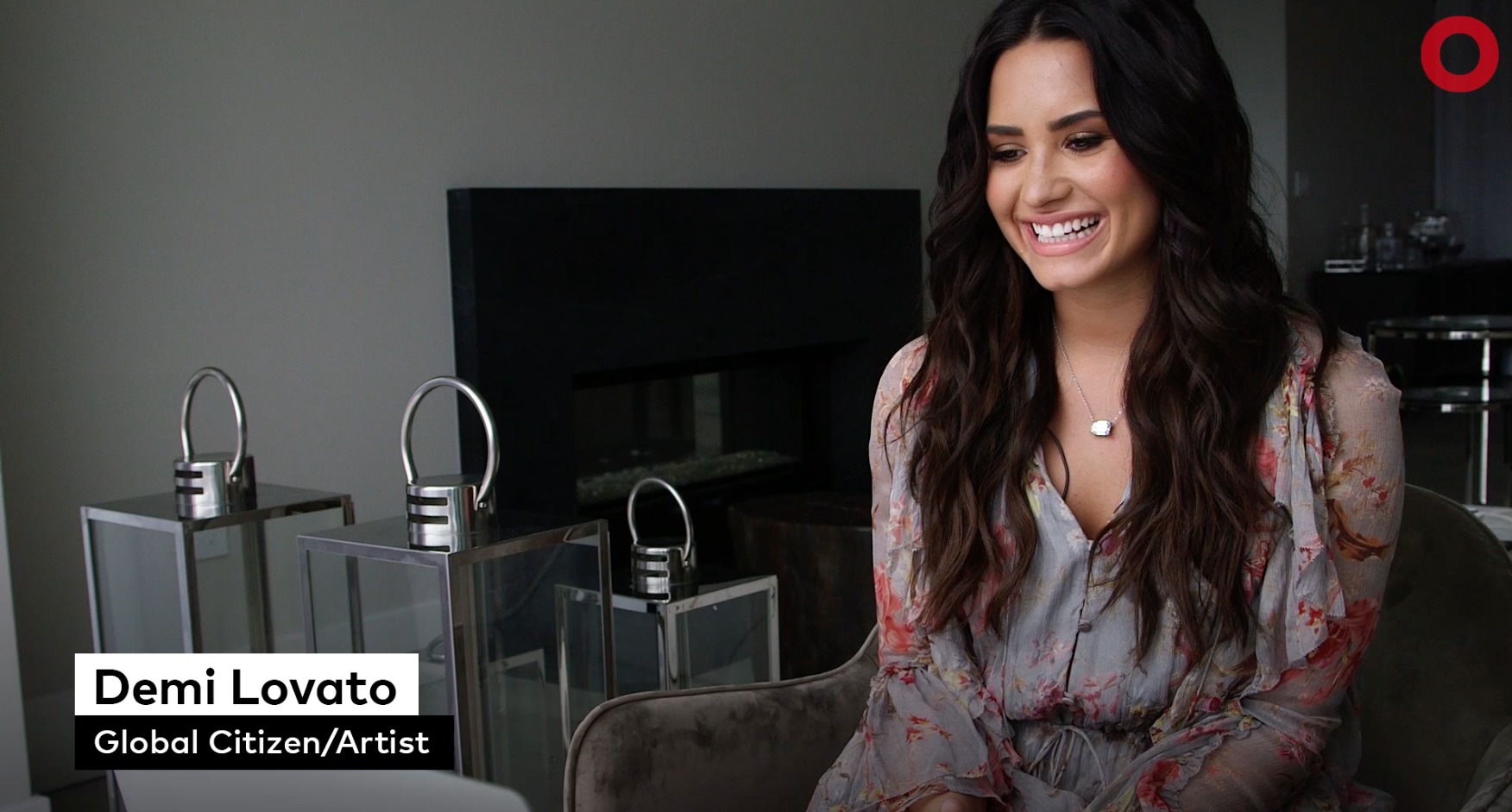 A REFUGEE who fled Syria in 2013 has become a Goodwill Ambassador for UNICEF.

Nineteen-year-old Muzoon Almellehan, who received support from UNICEF while living in Za’atari refugee camp in Jordan, was made a Goodwill Ambassador for the charity on Monday 19 June, the day before World Refugee Day (Tuesday 20 June).

Goodwill Ambassadors represent UNICEF all over the world, sharing a commitment to improving the lives of children everywhere. Katy Perry, Novak Djokovic and David Beckham are all Goodwill Ambassadors for UNICEF. Muzoon is UNICEF’s youngest ever ambassador.

Muzoon lived as a refugee in Jordan for three years before being resettled in Newcastle (UNICEF tells us that she has a slight Geordie accent now!). It was during her 18 months in the camp that she began speaking up for children’s access to education, particularly for girls. These actions led her to where she is today.

Muzoon recently had a Skype chat with pop superstar and fellow UNICEF Global Citizen ambassador Demi Lovato to discuss the importance of girls’ education. You can watch the video above (VIDEO CREDIT: Global Citizen/Unicef). Shortly after, First News interviewed Muzoon, which you can read in full below.

You can also watch Muzoon’s inspirational message to other refugees by clicking here.

FIRST NEWS: You’re the first person with official refugee status to become a Goodwill Ambassador for Unicef – how does it feel to hear that?

MUZOON: I’m so happy to be an official member of the UNICEF family and excited to use my voice to give children hope. I hope that being a Goodwill Ambassador will make me stronger and give me more opportunities to fight for children’s right to education. I strongly believe we can achieve lots of things together.

What does your role as a UNICEF Goodwill Ambassador entail?

I’m going to be advocating for education for all children affected by conflict or disasters and making sure they have a safe environment to learn in. I recently went on a remarkable trip with UNICEF to Chad where I met children who had fled the conflict and couldn’t go to school, and it reminded me of when I fled Syria in 2013. I hope to use their stories as well as mine to speak out for children across the world.

What did you discuss with Demi Lovato during your call?

We discussed our roles as Ambassadors for UNICEF and for Global Citizen and how we both want all children to have access to education and to help them and stand in solidarity with those who are suffering. Demi told me that she wants to see all children thrive and live happy, healthy lives.

What was she like? How did you feel after the phone call?

She was amazing. It meant a lot to me to speak with her because it’s important that people like her use their voice to stand up for those whose voices can’t be heard. Demi told me she wants to be an inspiration to children and help people, but in my eyes she is already an inspiration. I cannot wait to meet her in person at the G20 next month.

You spent three years of your life living in a refugee camp. What was that experience like?

Life in a refugee camp was very challenging and I saw what happens when children lose everything. I saw many children, especially girls, being forced into early marriage or child labour, diminishing their chances of going to school. I received lots of support from UNICEF when I was in the refugee camps, they were doing such amazing things to supporting children to get an education and providing students with everything they need to go to school. It was there I began campaigning with UNICEF for the rights of children, particularly girls, to have access to education.

How did you end up living in Newcastle?

After fleeing Syria, we lived in refugee camps in Jordan for three years. It was very tough, but I was able to access education and I started helping other children go to school. Some of the  aid agencies approached us and helped us move to the UK and we were able to move to Newcastle.

Life in Newcastle is good, although it’s much colder than Jordan was! I am really enjoying school and have just sat my AS Level exams. I’m looking forward to continuing with my studies and hope go to university next year.

If you could send a message to all child refugees, what would you say?

I would say that I want them to know that life will get better. It is not that long ago that I was right where you are now and it may feel like everything is dark and hopeless, but there is light ahead – look how much you have been through and you are still standing. You are much stronger than you think.

And the same to our readers?

I would say do everything you can to stay in school because an education will help you build your future. You can also help other children and join me in my fight for children to have a right to education. You may not think that you can make a difference but you must make your voices heard.

What does education mean to you?

Even as a child, I knew that education was the key to my future, so when I fled Syria, the only belongings I took with me were my school books. Without an education, a whole generation of children affected by war will grow up without the skills needed to develop their countries and economies. It also gives them the knowledge and skills they need to rebuild their communities once the conflict is over, and in the short-term it helps them to cope with the trauma they have experienced.

What could the world be doing right now (that perhaps it isn’t) to ensure every child gets access to an education?

Right now, we know that 25 million children are out of school in conflict zones. For children living as refugees, only half are going to primary school. We need investment for children’s education, especially for refugee children, and support for organisation like UNICEF that train teachers, build schools and give children the education they deserve and need to build better lives for themselves and their countries.