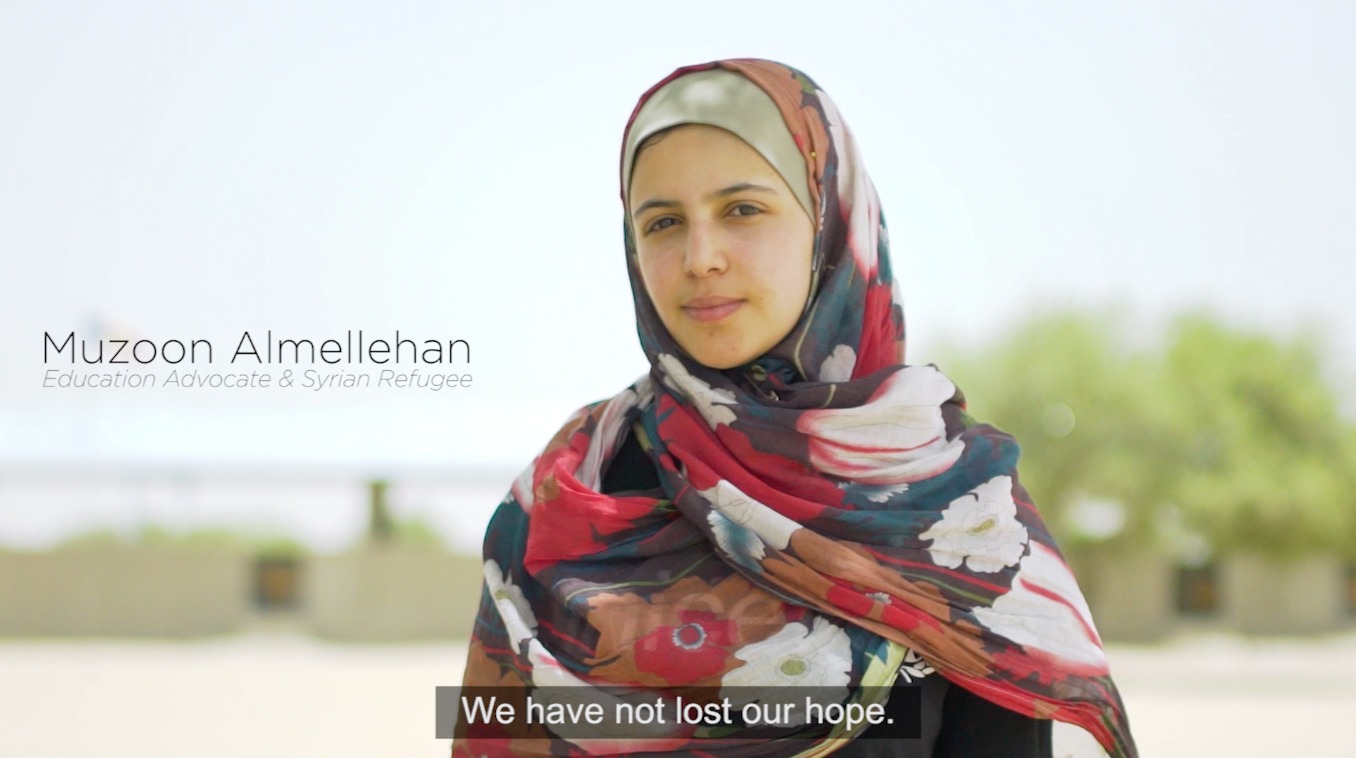 A REFUGEE who fled Syria in 2013 has become a Goodwill Ambassador for UNICEF.

Nineteen-year-old Muzoon Almellehan, who received support from UNICEF while living in Za’atari refugee camp in Jordan, was made a Goodwill Ambassador for the charity on Monday 19 June, the day before World Refugee Day (Tuesday 20 June).

Goodwill Ambassadors represent UNICEF all over the world, sharing a commitment to improving the lives of children everywhere. Katy Perry, Novak Djokovic and David Beckham are all Goodwill Ambassadors for UNICEF. Muzoon is UNICEF’s youngest ever ambassador.

Muzoon lived as a refugee in Jordan for three years before being resettled in Newcastle (UNICEF tells us that she has a slight Geordie accent now!). It was during her 18 months in the camp that she began speaking up for children’s access to education, particularly for girls. These actions led her to where she is today.

This week, Muzoon had a Skype chat with pop superstar and fellow UNICEF ambassador Demi Lovato to discuss the importance of girls’ education.

Watch Muzoon’s inspirational message to other refugees above.