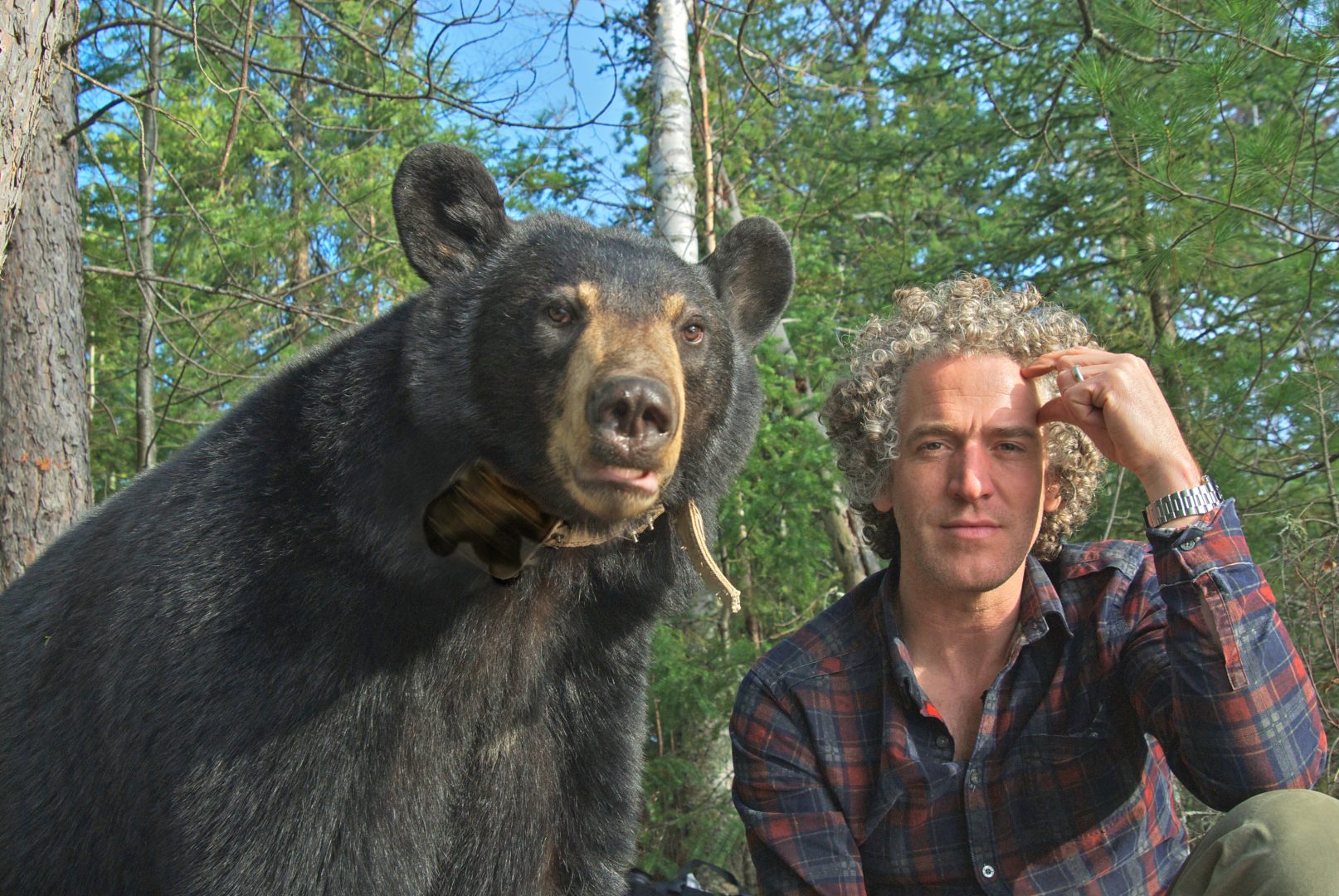 WILDLIFE documentary maker Gordon Buchanan has the coolest job in the world! He travels to far-off places and spends time filming animals in their own environment for his Family And Me TV series.

Now he’s touring the UK and talking about his shows, so First News had a chat with him before the tour started.

Q. You’re just back from ﬁlming in the Azores. What was that like?

A. It sounds glamorous but I was on a boat in the middle of the Atlantic, and it was impossible to do anything but look at the horizon for most of it. Even looking down at your food (if you could keep your food down!) was a challenge. The  places I get to visit are incredible but the actual process of getting to them is often pretty gruelling!

Q. You’re closer to home this autumn, touring the UK. What can people expect if they come to see you?

A. Well the talk I do is based around the Family And Me programmes that we’ve made. There have been ﬁve of them: black bears, polar bears, wolves, gorillas and then the elephant series last year. The idea of the series is to look at the animals and allow them to tell their stories. It’s about treating them as equals and letting their lives unfold. There’ll be lots of stories about how we did things – the highlights and lowlights of making those series. They’ve really been the best things that I’ve worked on across my career. I love those ﬁlms because people really do love them; each one seems to go down better than the last one. We’re all unique as human beings and the same goes for animals.

Q. Have you ever had any hairy moments while ﬁlming?

A. Lots of hairy moments! Being chased by bears, surprised by tigers and confronted by leopards. I’ve had to run away from elephants more than a few times. It happens less now because I’m more sensible these days. The scariest moments have really been in vehicles or in a boat being driven by someone I don’t trust. That whole cliché about human beings being the most dangerous creatures is true. Getting into a vehicle with a human who you don’t know can be really scary and there have been some moments where I’ve been truly frightened. At least with an animal you can almost predict their behaviour; with a human it’s impossible.

Q.Is it hard not to get attached to the animals you ﬁlm?

A. It can be. I don’t think it is good for anyone to be too sentimental about a wild animal. Bad things happen in the wild all the time and that is just the natural process. I try not to get attached but you can’t help it sometimes. With every animal that I’ve spent time with, I still wonder where they are and how they’re getting on. You spend any amount of time with an animal and you can’t help but develop a fondness!

Q.What skills do you need to be a wildlife photographer?

A.I think you have got to be completely committed to it. There are a lot of sacriﬁces you have to make and it can be incredibly diﬃcult and incredibly uncomfortable at times. You have to throw yourself into it. I think positivity is key; you have to be optimistic. At the end of the day, you have no control over what a wild animal will do. I listen to my gut feeling more than my head when it comes to animals. I think that is an instinct that kicks in when you’ve been around them a lot. You have to be resourceful, too, because you often ﬁnd yourself in a tricky situation and you have to get yourself out of lots of diﬃculties in unusual places. Being independent is quite good, you often ﬁnd yourself on your own or without anyone to back you up. If you aren’t happy with your own company, it’s not a job that you should consider!

Q. Is there one animal family that particularly stands out for you?

A. I think the wolves. That was the one that I enjoyed the most because the Arctic is such an extraordinary place. What those wolves have to go through to live up there really deﬁes belief. It is unimaginably tough. In the winter, the sun doesn’t rise at all; it’s pitch-black but those wolves are still able to thrive. I think the proximity [nearness] that we had with the wolves was incredible. They’re just such curious animals and it is very, very strange to be surrounded by a pack of wolves. I even had one come over and sniﬀ  me; it actually touched me with its nose. You can’t get much closer than that! For a wild animal to actually choose to come over and engage with you, it’s magical.

Q. Is facing a room full of people on tour scarier than facing wild animals?

A. No. I don’t know why, but it doesn’t phase me. I enjoy doing them. I like people and get a bit of a warm fuzzy feeling when I do the talks. When kids come along, I really love that. It’s nice to see children engaging with wildlife, as we all should.

I adore animals I have a dog but I also want a cat ???