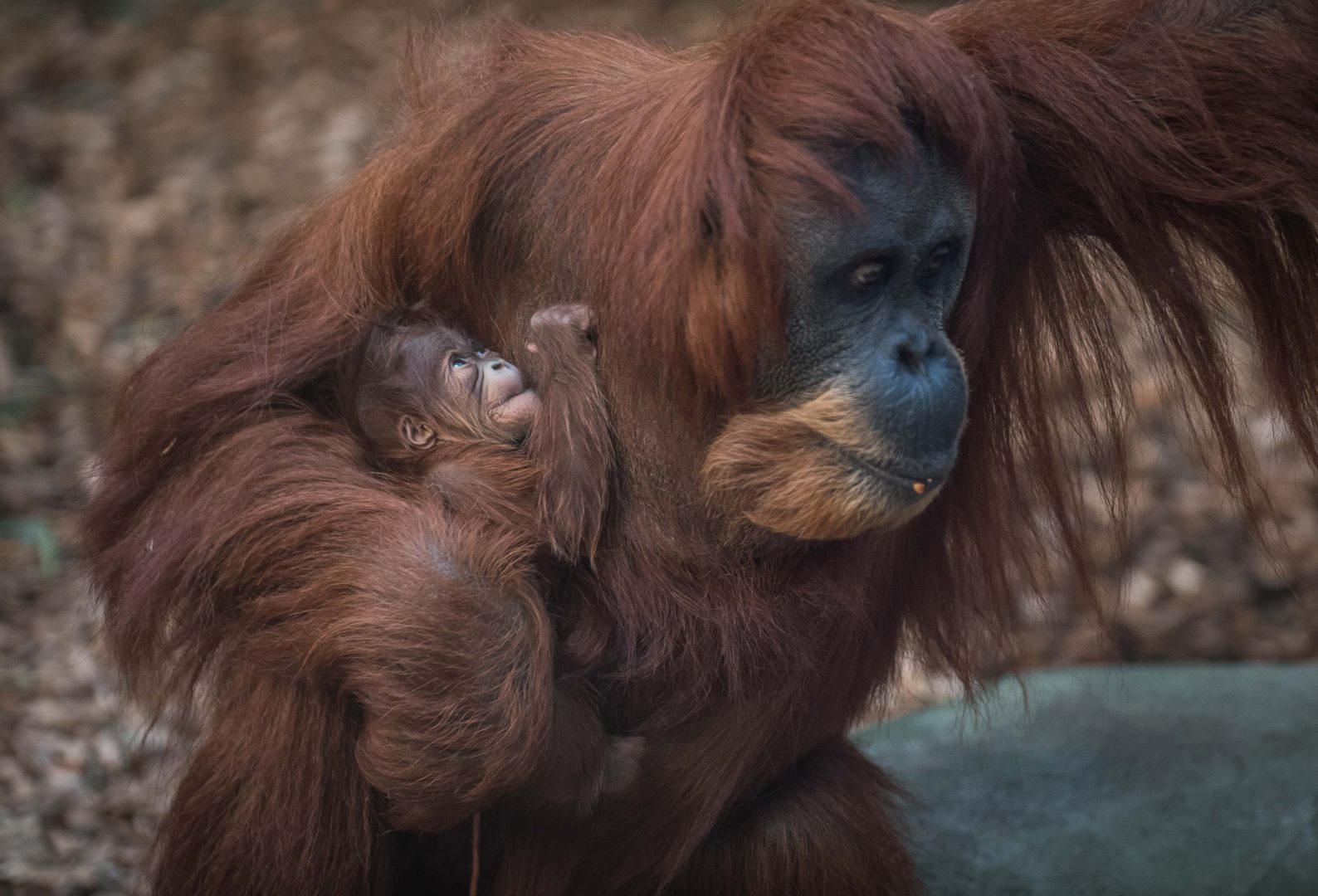 An extremely rare baby orangutan has just been born at Chester Zoo.

The tiny Sumatran orangutan was delivered safely by mum Emma after an eight-and-a-half-month pregnancy.

The baby is major success story for the acclaimed international breeding programme for the highly threatened species.

Sumatran orangutans are listed as critically endangered by the International Union for the Conservation of Nature (IUCN) with fewer than 6,500 estimated to be left in the wild, so every birth is important.

Can you come up with a good name for the new baby? Comment below and let us know.

Awww! So cute! Baby Orangutans are really cute! I think she should be called Olivia or Sophia,because that is what my friends at school are called and their names I think are seriously seriously seriously amazingly fairly adorably definitely so cute so I think one of those names would suit her. So sorry that I wright so much, it's basically my thing. Sorry, bye!

They are so cute and adorable. I love them.???

i think that it should be called Tangerine
lol

So cute!?
If it's a boy:Oliver or Ollie
If it's a girl: Olivia or Olive
Bye!

I have not watched it yet

Someone tell me is it gross?

I mean its birth