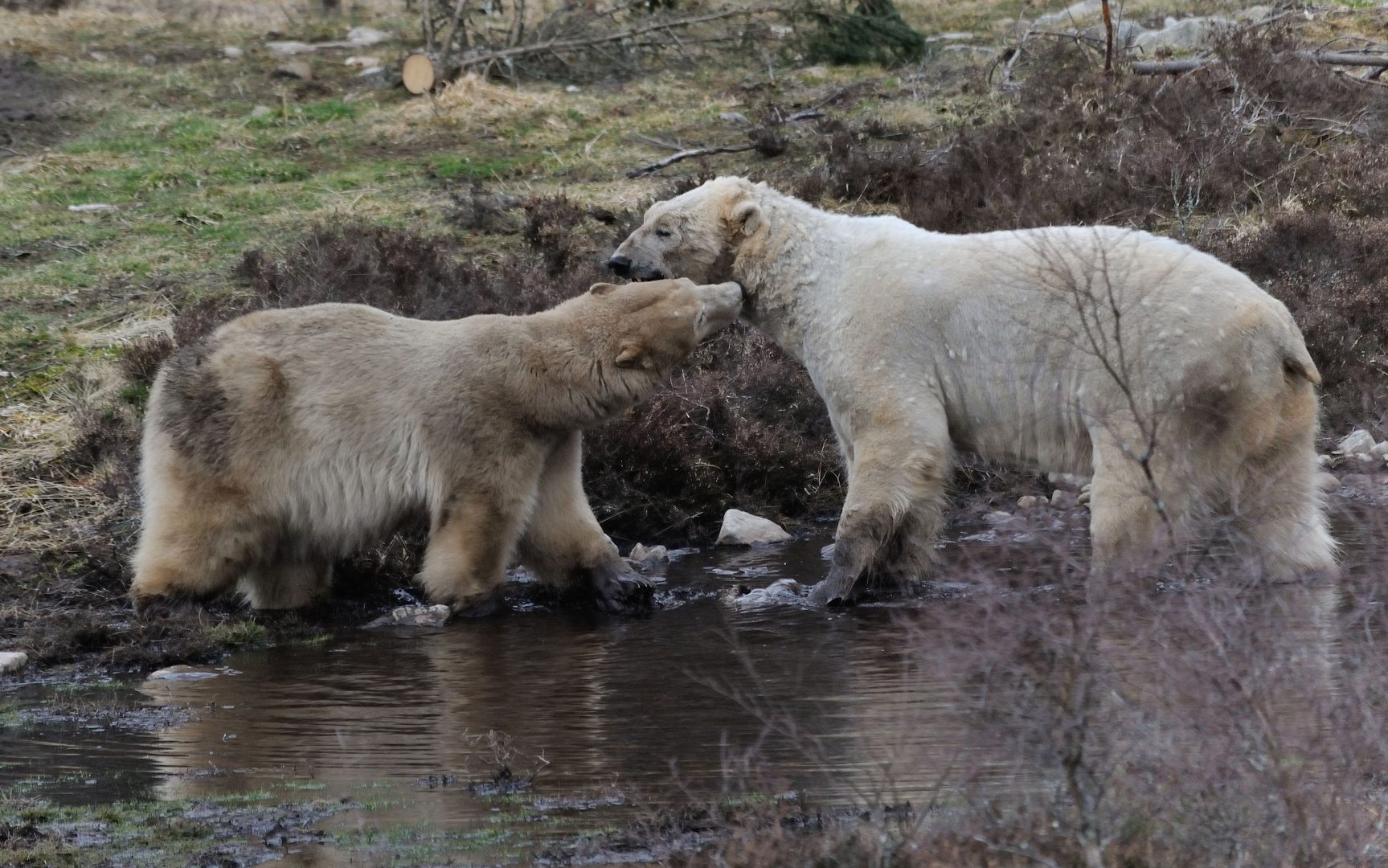 A POLAR bear has been born in the UK for the first time in 25 years.

The Royal Zoological Society of Scotland’s (RZSS) resident female polar bear Victoria has given birth at the Highland Wildlife Park.

It is the first time a polar bear cub has been born in the UK for 25 years.

The charity stressed that the first three months are a sensitive time for polar bear cubs, whether wild or captive born.

Una Richardson, the park’s Head Keeper responsible for carnivores, said, “While we are absolutely thrilled, we are not celebrating prematurely [too early] as polar bear cubs have a high mortality rate in the first weeks of life due to their undeveloped immune system.

“We will continue to monitor Victoria and very much hope for the best possible news when she emerges around March. Until then, Victoria’s enclosure will be closed to the public and keeper activity will be at a minimum to give her offspring every chance of survival.”

This is why we can’t show you a picture of the baby polar bear right away. The picture above is a snap of the new cub’s mum, Victoria, and dad, Arktos.

New-born polar bear cubs are blind, around 30cm long and weigh little more than a guinea pig. They only open their eyes when they are a month old and are entirely dependent on their mother, feeding on fat-rich milk to grow quickly.

I had no idea that we had a polar bear in the uk. Polar bears are one of my favourite animals so I think that is so cute.

That's really cool! Hopefully this could keep them from extintion if there are more births around the world! I hope this one will live! Polar bears are so cute!!! :-)

palmleaf those dinosors were cool