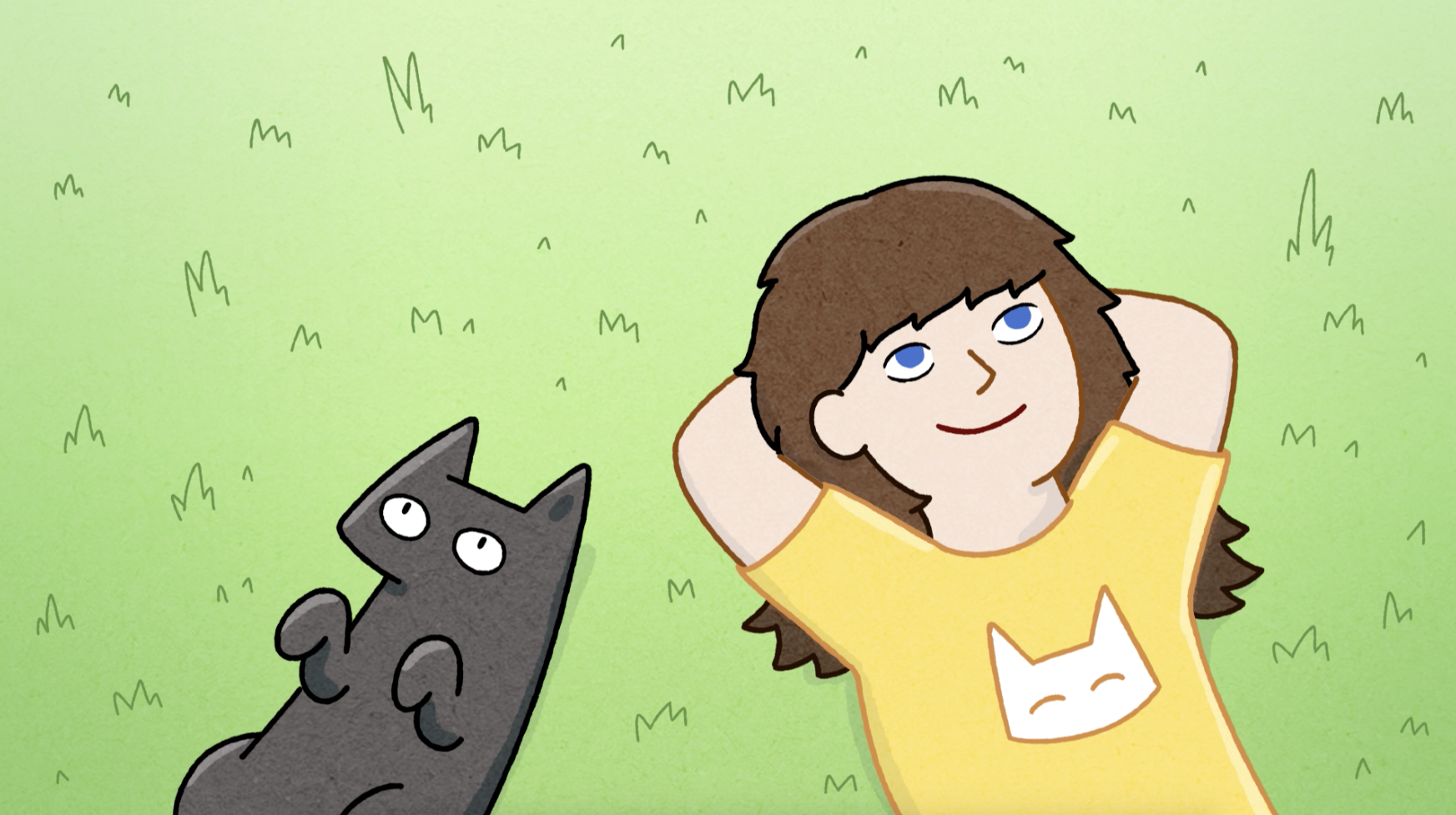 When I was ten, I was diagnosed with osteosarcoma (a type of cancer that produces immature bone).

Before I was diagnosed, my cat Genie would walk around the leg with the cancer in it and sit next to it. My parents and I believe she might have been able to sense it, as the tumour was 13cm long.This was unusual as Genie used to be more of an outside cat and not that loving, to be honest.

When I went into hospital for chemotherapy or about other complications, she would go into the living room, run to the chair where I normally sat and meow at the chair then run back out again.

As I couldn’t see my friends very often, Genie brought me emotional comfort, as I would FaceTime her when I was in hospital. My parents also sent me updates and pictures of her. It always brightened my day to see her. I saw an advert for entries for Cats Protection’s National Cat Awards.

I entered Genie into the Outstanding Rescue Cat category, hoping she would get recognised for all she has done for me. She ended up winning and also won National Cat of the Year 2017!

Two years later, we both featured in the Cats Protection Christmas animation. I’m so glad the judges saw what I see in Genie, a beautiful, loyal and caring companion who has helped me through my darkest of times. Genie is my best friend.

That video makes me want to cry,

Love it. Makes me want to cry

Genie and Evie I burst out crying.?

Cute but the internet here is terrible! It takes forever!!?

I love the story. sad but very adorable. I will hang out with my cat all day everyday when I get one

I feel so sorry for the girl that had to go through that. :( Still cute, though.

so emotional!It is amazing that it is an actual story.I love it.

THIS ADVERT
IS SO NICE

THIS ADVERT
IS SO GOOD

Really sad but adorable to !

It is really nice to watch, I love how they have drawn it as well I loved all of it!

My Mum was about to cry but then my big sister did a really bad pun and I said I didn't Pun-dustand!

When I watched it again it started to rain the video had the rain and stopped raining at basically the same time.