Science Museum explainer for the day 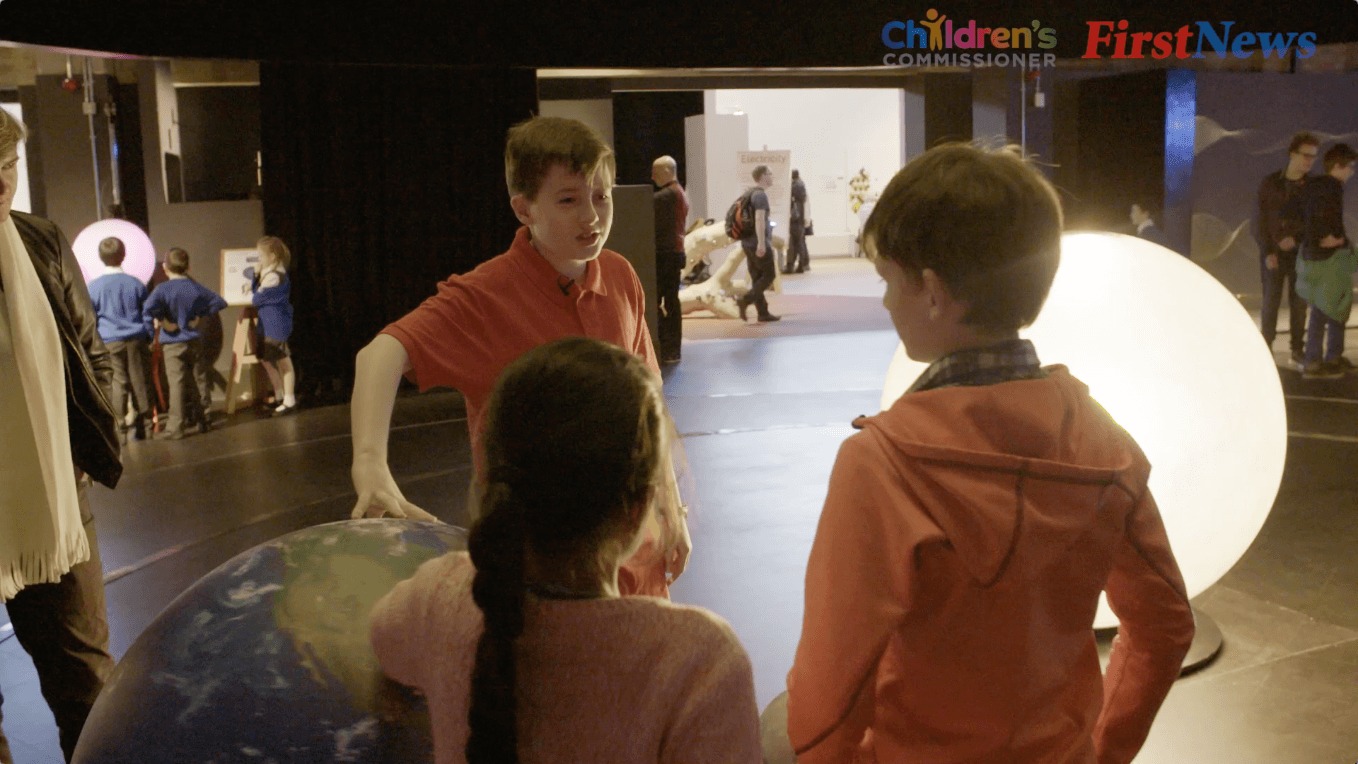 Edward, 13, is a regular at the Science Museum and is crazily curious about all things scientific. No one would be better suited to take on the challenge of being a Science Museum explainer, talking other keen kids through the awesome experiments on display at the Wonderlab.

Arriving early, before the museum had even opened, Edward was exploring and trying out each of the experiments on show. These included the Sound Bite, where you can only hear sounds by biting down on a vibrating bar!

Then Edward was faced with talking loads of visitors through a number of exhibits, explaining what was happening to people of all different ages.

Now it’s over to you!
Talk to an adult and set up your own Takeover Challenge in the next few weeks. Perhaps you could be head teacher for the day? Work at your local football club, radio station or newspaper? Maybe you could get a job at your local theatre or local authority?

Film your experiences for First News Live!, ask your teacher to register and upload it here for us, and we’ll show your video here. Using a smart phone or tablet to film is fine – remember to hold it sideways so what you film is the same shape as a screen. Good luck with your challenge!

Share these videos with someone whose job you want for the day – and see if they’ll let you take charge for the day.

Last year, 44,000 of you took part in the Takeover Challenge, with more organisations than ever before opening their doors to young people. But can 2016’s Takeover Challenge be even bigger? Well, that’s up to you!

The Takeover Challenge starts on Friday 18 November, so be sure to head to childrenscommissioner.gov.uk/takeover-challenge to get involved. What job will you do? Watch out, adults, because the kids are coming. And they mean business!

Tell us what you think in the comments below!

I would love to do that!