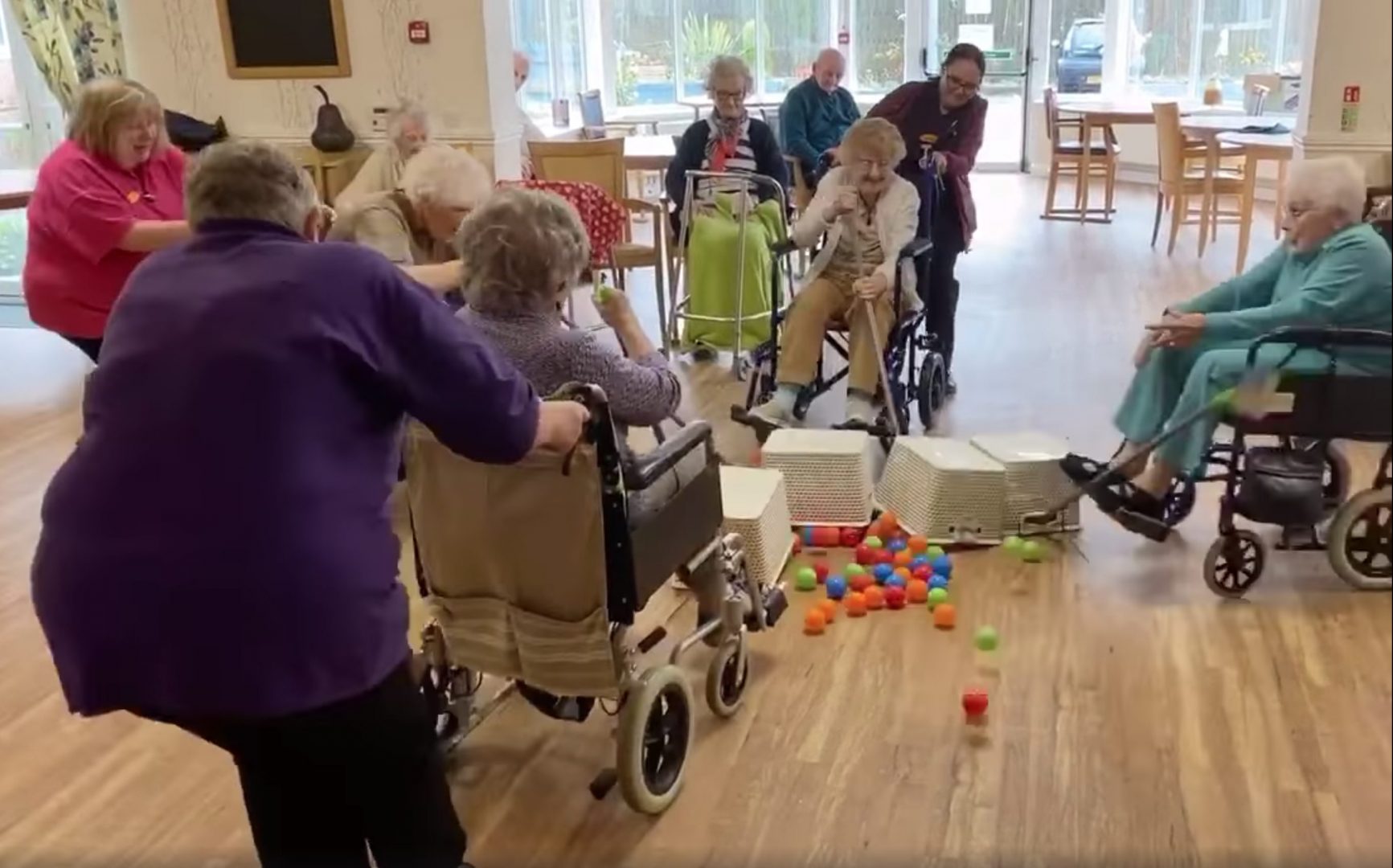 WE’RE all going to be stuck at home for a little while and it’s easy to get a bit bored. While many of us might end up surfing the web or playing videogames, residents of this care home in Wales have been keeping themselves entertained by bringing board games to life.

Carers working in Bryn Celyn Care Home joined forces with some of their elderly clients to play a giant version of kids’ favourite, Hungry Hungry Hippos. The classic children’s game involves each player tapping a button as fast as they can to make their hungry hippo eat as many marbles as possible.

The calm before the storm…

But in this ingenious real-life version, carers wheeled four elderly women back and forth in their wheelchairs. The women each used a stick with a basket on the end to drag as many big coloured balls towards them as possible.

The video, posted to Facebook last week, makes it all look like great fun. Lots of giggling can be heard as the crazy game takes place and plastic balls go everywhere!

In the post, the nursing home wrote: “Residents really enjoyed playing a new game today – Hungry Hippos. Lots of laughter to lift morale of the team and residents!” Since being put online last week, the video has been viewed more than two million times and, judging by the 9,000 likes and comments, has put a smile on a lot of people’s faces.

Balls fly everywhere in the chaos!

I searched up Real Life Hungry Hippos care Home In Wales, it was great but at one point one of the ladies dropped their stick. :) :) :) :) :P