SUPERHERO BOY: This fan of heroes has become one himself! 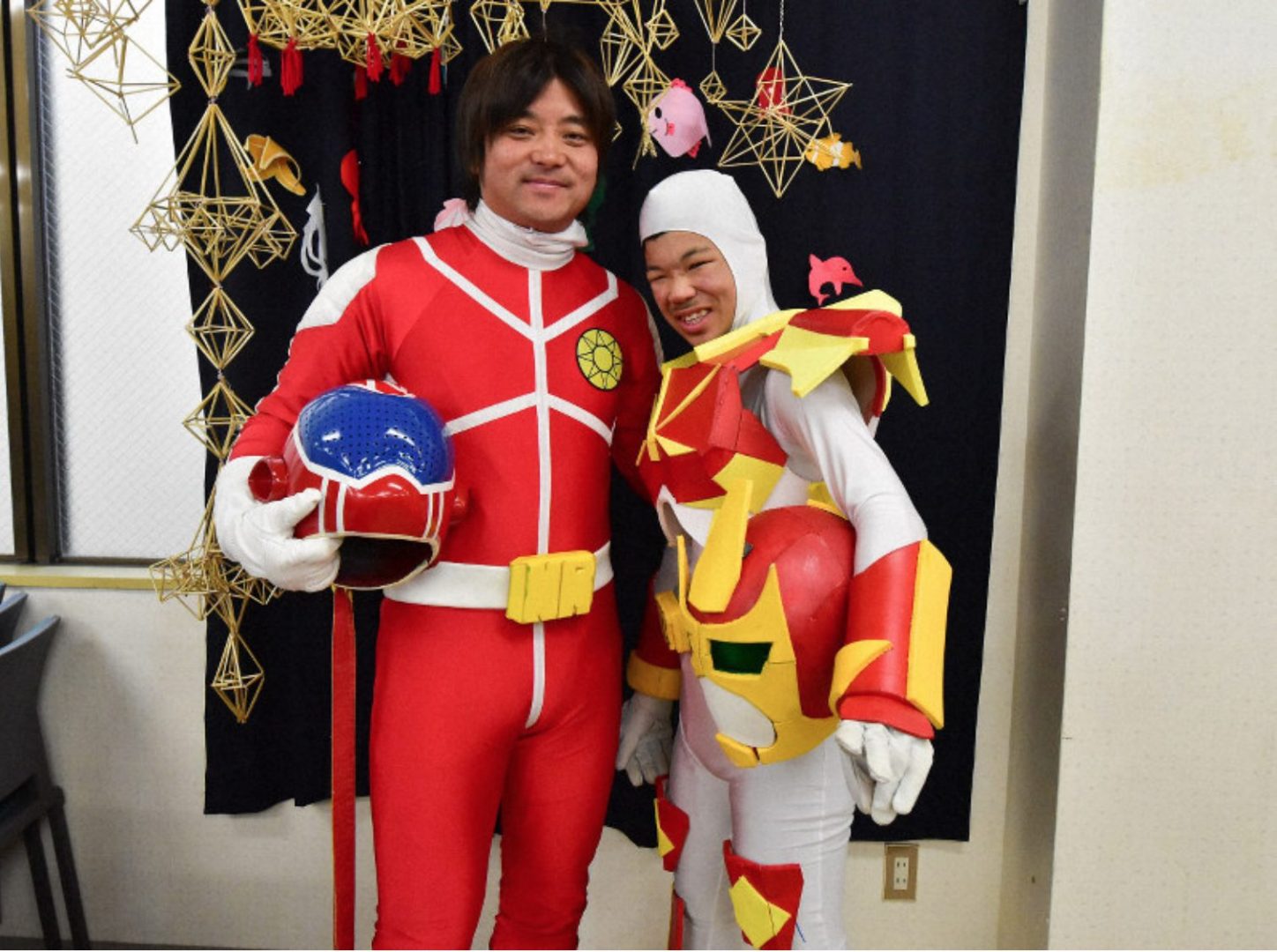 A BOY who loves a TV show about superheroes has become one himself. Fourteen-year-old Haruto Fujii even got to perform on stage and save the day while entertaining others.

Haruto, who lives in the Japanese city of Saga, was born with learning difficulties. He spent the first month of his life in an intensive care unit and as he grew up with his parents at home, he struggled to do simple things that we might take for granted, such as kicking a football. But with the love and support of his parents, he has managed to come a long way and live a happy life.

As Haruto got older, he really started to love a show called Kamen Rider, about a motorcycle-riding superhero who defeats supervillains. Haruto’s parents, Fumio and Rie, got in touch with Toshio Natsuaki to see if he could help Haruto become a real-life superhero.

Haruto (middle) performs on stage with his mentor, Natsu Ranger, and Umakaban (right), another hero who promotes healthy eating

Toshio works for the Saga Municipal Government but he also dresses up as a local hero called Natsu Ranger and performs stories on stage to delight children. Toshio took Haruto under his wing while dad Fumio started work on a superhero costume for his son. Fumio said: “It was hard but it made my son happy, so I enjoyed making it.”

In November 2019, Haruto got to perform on stage for the first time as a superhero. Haruto’s mum and dad felt really proud watching how far their son had come, as he performed brilliantly and defeated the baddies. Haruto loved it so much, he performed again in February, saying: “Today was ten out of ten. I enjoyed seeing the audience happy. I want to appear in a show as a hero again.”