PEN PALS AGAINST THE ODDS: Despite everything, these two write letters to each other 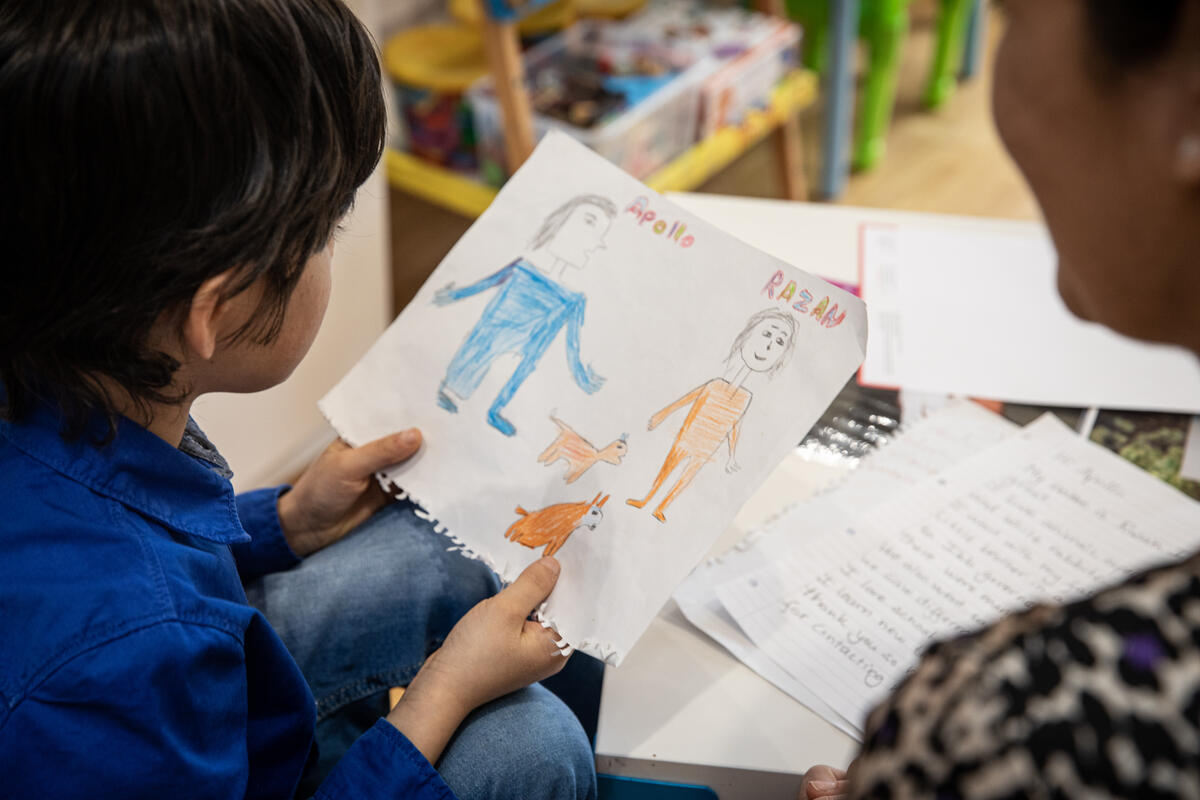 A BOY from a London suburb and a girl from war-torn Yemen have managed to become friends, despite how different their lives are.

Apollo, aged six, saw a campaign by Save the Children about a girl who had been hurt in the eye as her family fled bombing.

With the help of his parents, Apollo put pen to paper and set about getting in contact with the girl, whose name was Razan (not her real name).

“How are you?” Apollo wrote. “Do you like animals too?”

Apollo didn’t expect to hear anything back. But incredibly, with Save the Children’s support, Razan was referred to a specialist hospital and her eyesight was saved – and once she had recovered from her injuries, Razan sat down to return a letter to her new pen pal. “I like black and white rabbits,” she replied.

The friends have since written many letters to each other, about their hobbies, favourite animals and family trips. Save the Children’s Children & Armed Conflict Director, George Graham, said that: “The story of Apollo and Razan’s friendship is incredibly humbling. Despite their differences, separated by a vicious war and living half a world apart, they are united by their human connection.”

“The two serve as a timely reminder to us all that kindness is a universal language.”

Images: Save the Children