LOVE BEYOND BORDERS: Even with quarantine, these two still see each other! 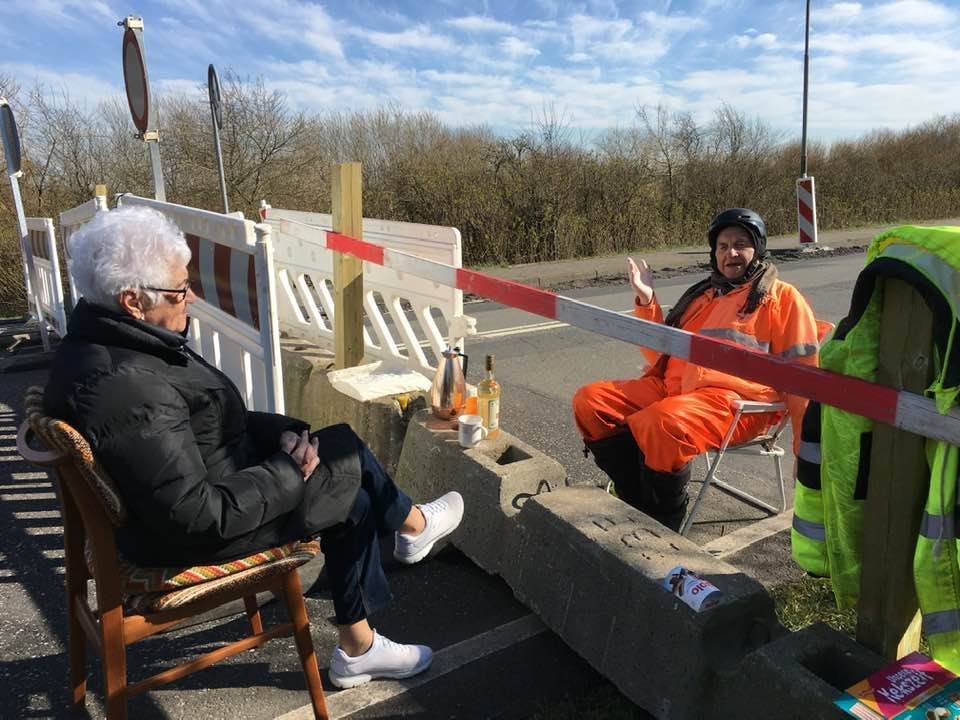 A COUPLE in their 80s have been keeping in touch by meeting on either side of the closed border between their countries.

85-year-old Inga Rasmussen lives in Denmark, while Karsten Tüchsen Hansen, 89, lives in Germany. The couple met each other two years ago and have spent almost every day with each other for the last year. But now the border between the two countries is closed, so they’re not allowed to cross it.

Instead, the pair have been meeting regularly at the border near the town of Aventoft. There, they catch up and have a chat over food and drink, all while keeping the recommended safe distance away from each other.

Borders have been closing all around Europe, some in countries that haven’t had border restrictions for a quarter of a century. Not that Inga and Karsten are going to let that stop them seeing each other!

While she drives from her local town to the border area, Karsten cycles there. This allows him to have a little glass of schnapps (an alcoholic drink) when he meets his close friend. Inga sticks to coffee instead. “After all, I have to drive a car!” she says.

Henrik Frandsen, mayor of the local town of Tonder, spotted the couple on a recent bike ride. He was heartened by the scene and posted a picture of the pair to social media. “Let us stand together during this difficult time and find solutions together,” he wrote.

Inga and Karsten went on trips together before the coronavirus crisis and are looking forward to travelling together again once it is over. But for now, they seem comfortable pulling up a chair for a chat across two countries.