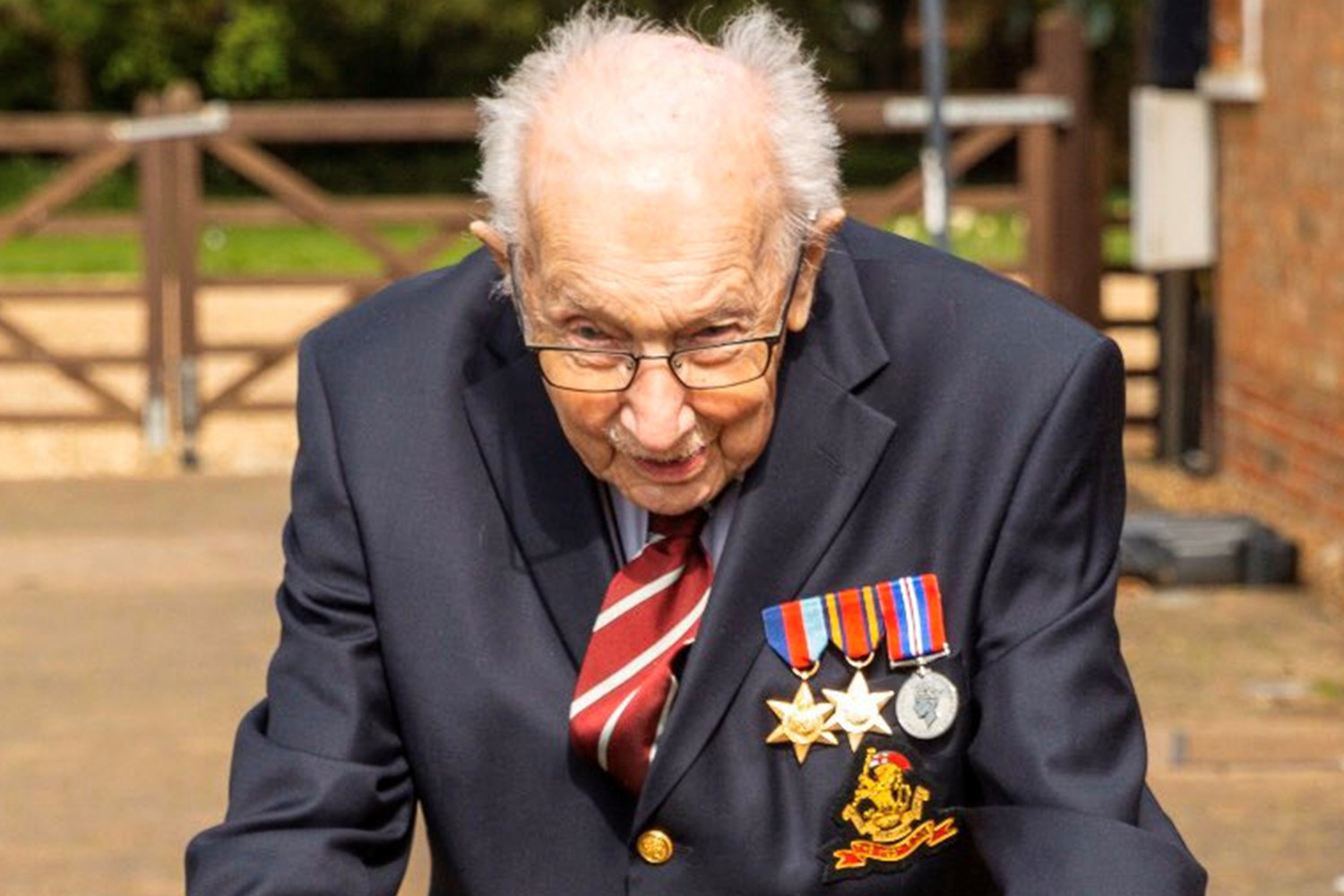 CAPTAIN Tom Moore aimed to raise £1,000 for NHS charities, but at the time of writing, he’d hit £30 million, and the number was still rising!

To raise the money, Captain Tom set himself the challenge of doing 100 laps around his garden, with the help of a walking aid. It wasn’t long before the money had begun rolling in, much to the war veteran’s surprise.

Talking to the BBC, he said it was “almost unbelievable”.

“When you think of who it is all for – all those brave and super doctors and nurses we have got – I think they deserve every penny, and I hope we get some more for them too.”

His daughter, Hannah Ingram-Moore, admitted that at first, they had thought that raising £1,000 was a “real stretch”. Fortunately, things turned out a lot better than she expected

“It [has been] beyond our wildest expectations. No words can express our gratitude to the British public for getting behind Tom,” she said.

Meanwhile, a schoolgirl has started a campaign for children to make cards ahead of Tom’s 100th birthday, which is in just two weeks.

By 30 April, eight-year-old Reegan Davies from Port Talbot wants kids across the UK to make 1,500 virtual birthday cards for the “legend” who’s raised so much for the NHS. Reegan says that all you have to do to join in is make a card and have a trusted adult share it on social media with the hashtag #MakeacardforTom.

All I can say is wow! It seems not possible but it is!
😆