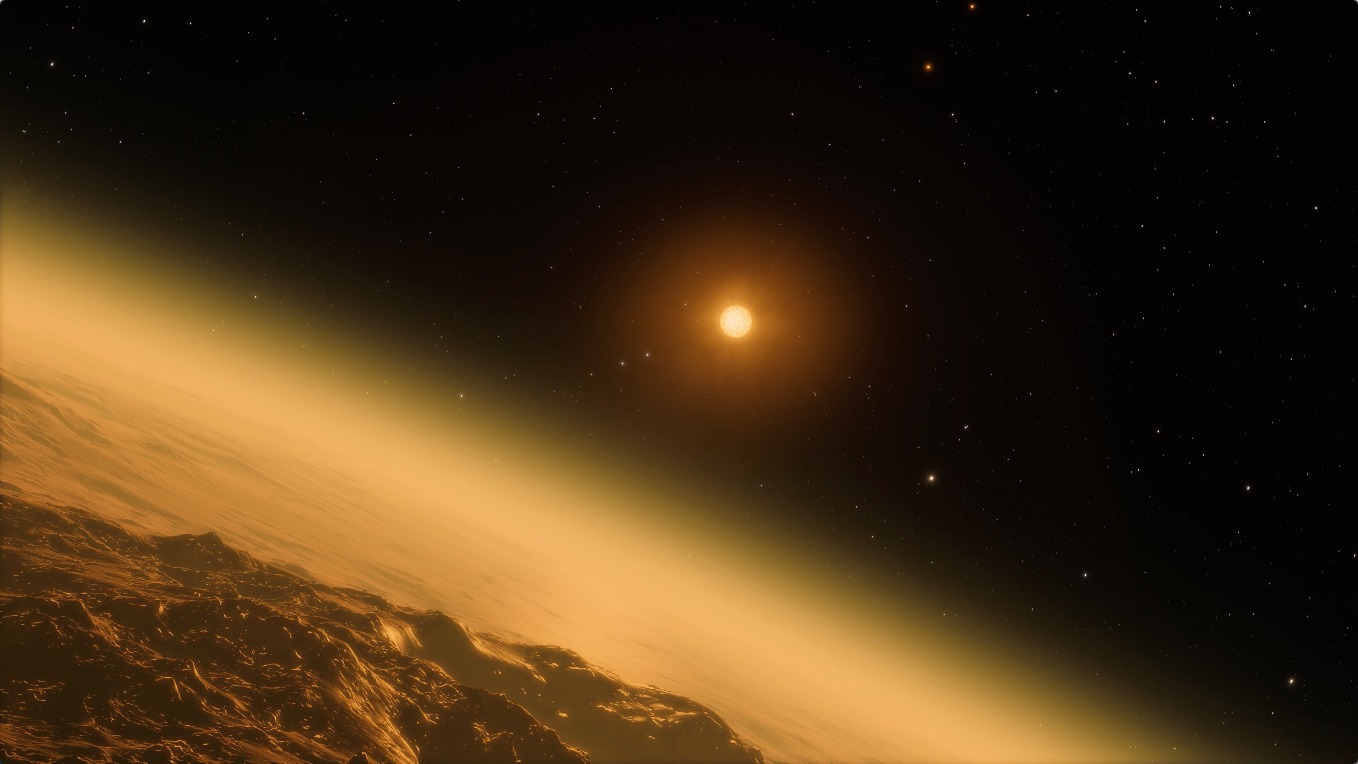 Scientists have discovered seven planets orbiting around a star – and all seven could potentially have liquid water and life on their surface.

They are all in what scientists call the habitable zone, which is the area around a star where liquid water could exist on a planet. This is also known as the Goldilocks zone, because it’s neither too hot nor too cold.

The planets are all about the same size as Earth, but orbit much closer to their star, TRAPPIST-1, than the planets in our solar system. But they don’t get fried because TRAPPIST-1 is only 0.05% of the size of our sun.

The planets are so close together that if you were on the surface of one of them and looked up, some of the other planets would look bigger than our moon. You could even see features like clouds or continents on them!

It’s thought that the planets are all tidally locked to their star. This means that the same face of each planet constantly faces the star, in the same way that we only ever see one side of our moon.

The researchers say that the TRAPPIST-1 system is close to us, but that’s only in astronomical terms. It’s actually about 40 light years away, or 378 trillion kilometres (235 trillion miles)!

“Answering the question ‘are we alone’ is a top science priority,” said NASA’s Thomas Zurbuchen. “Finding so many planets like these for the first time in the habitable zone is a remarkable step forward toward that goal.”

Okay, so we might have discovered aliens... But how long ago did they discover us? ?

It is incredible that they have actually found a whole new solar system! I can't believe that humans could find a WHOLE new solar system that could possibly be filled with life!

It would be so cool if people could live on a planet other than earth ? ? ?

Well the human race is kind of evil. (No offence intended but look what we do to other species) I'd much rather it was like...alien dogs or something. I just hope- if there is another race- we don't hurt or kill it. ??

*Species rather than race.

imagine if there were other people on one of those planets thinking the same thing.

COOL and interesting, if they found water there would be life!!!
New Elements , bacteria and even gases.
Rocks, as we'll.
See you on Mars!!!
in the future of course though.
From Charlie

We might be jetting off to another planet in the future... ;)

It would be amazing if we could discover life on other planets. I've always believed there must be something else in this universe other than humans. It would be an incredible discovery. I'm just concerned we might damage - or even wipe out - another planet's species. Look at the destruction we've done on Earth. Animals that were here millions of years before us are now on the verge of extinction thanks to us. A human is the most dangerous being on Earth...and the more intelligent we become, the more of a threat we are to this planet and possibly others.

orangebob9 Who knows? They might not even know they're planet's in space. They might not be very clever and think that they're living on the only planet in the universe...but they could also be much more clever than us and be trying to send things to land on Earth too...

So the Trappist system is basically full of Goldilocks planets? Cool.

But even if some form of water was found on one of the planets, the life there will probably just be organisms.