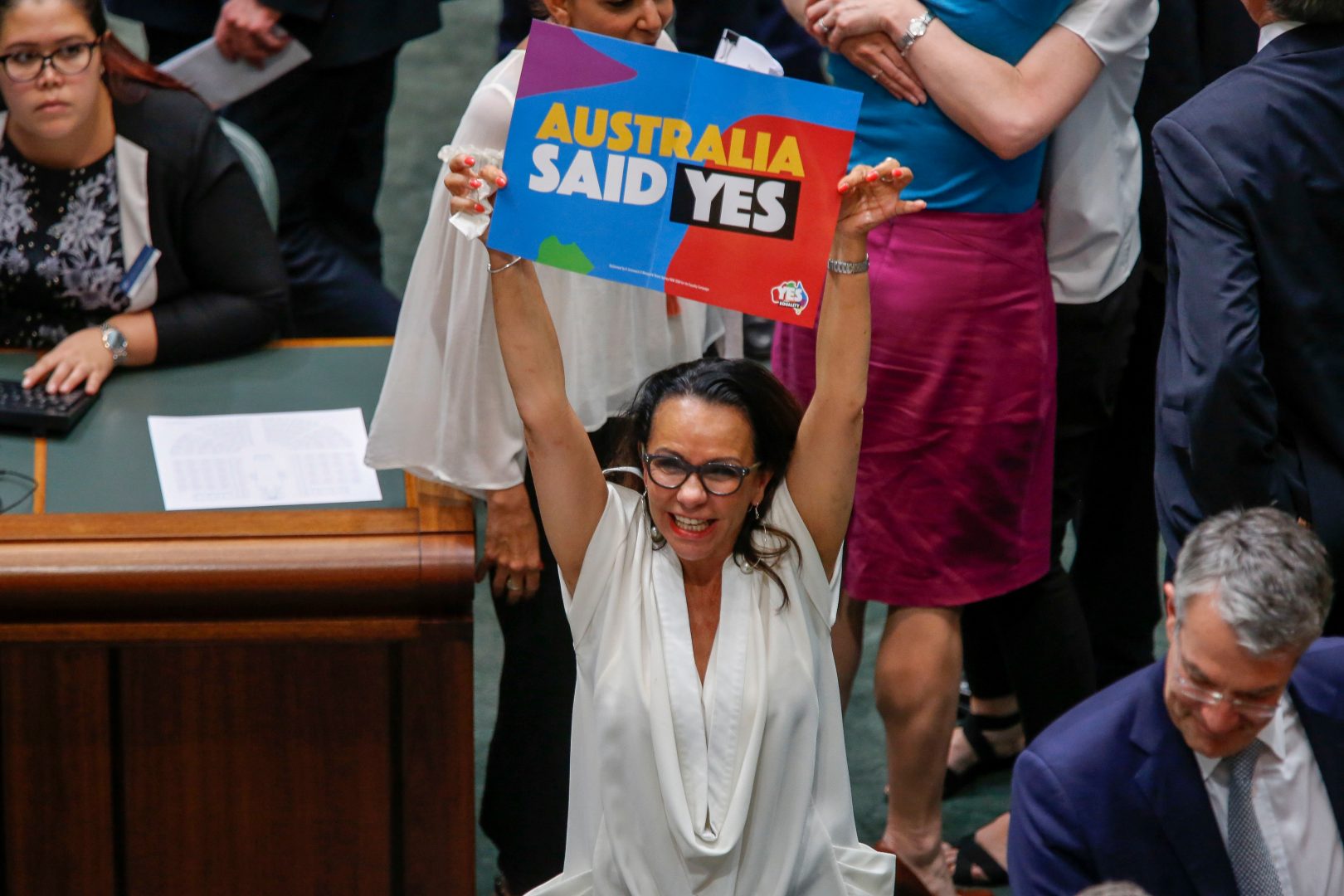 AUSTRALIAN parliament has voted to make it legal for same-sex couples to marry.

An historic bill was passed in the House of Representatives, after a large majority of MPs voted to change the Marriage Act.

Prime Minister Malcolm Turnbull said: “What a day for love, for equality, for respect. Australia has done it.”

There were lots of celebrations following the vote, with people singing and hugging in parliament.

The first legal same-sex marriages will be allowed from January.