Hurricane Irma moves on to US, causing flooding and destruction in Florida 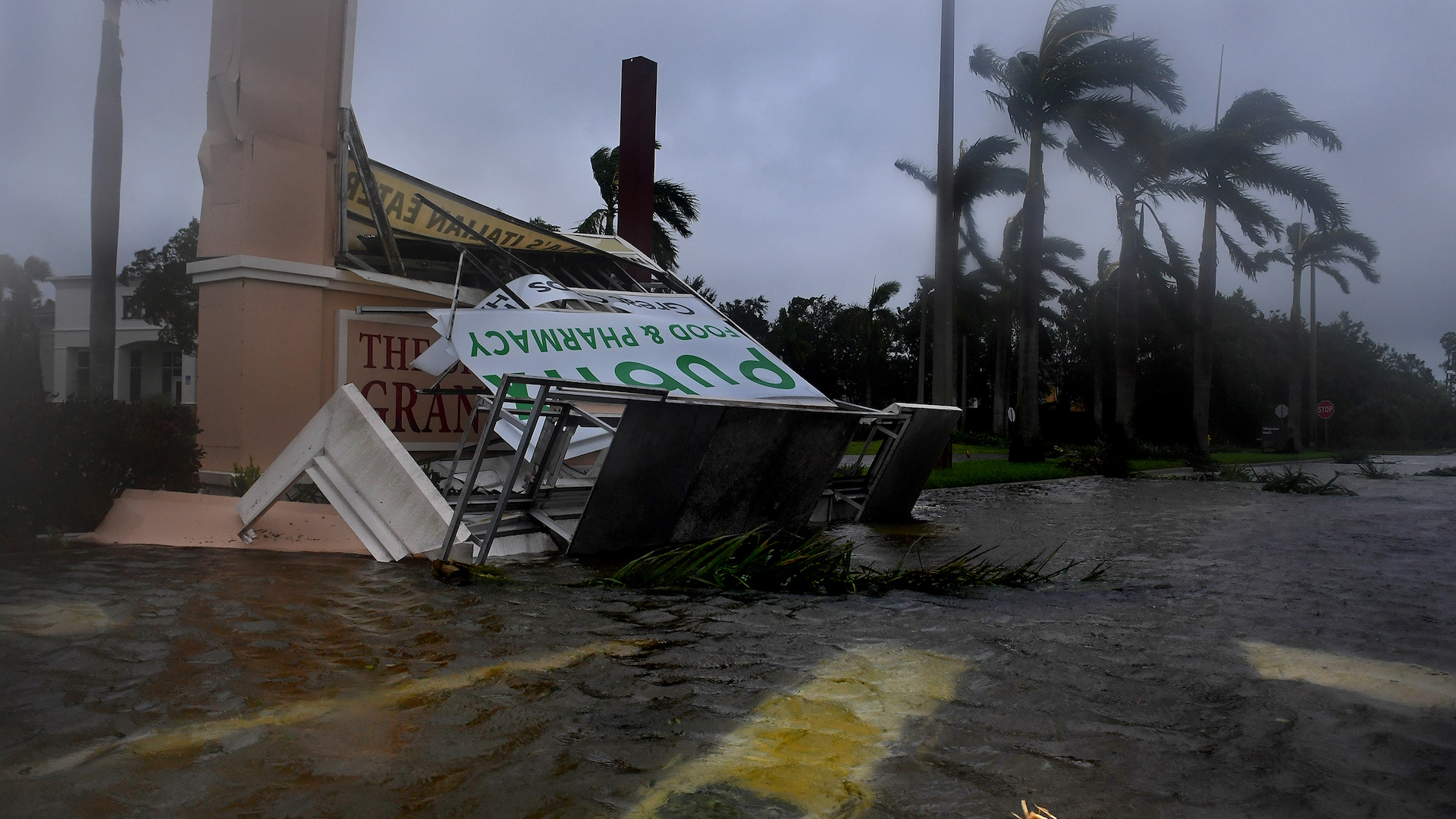 AFTER wreaking havoc in the Caribbean, Hurricane Irma is now battering Florida in the US. Although Irma weakened to a category two storm, winds were still over 100mph in some places. It has since been downgraded again to category one, although that still means 75mph winds and widespread flooding.

Many streets have been turned into rivers, power lines in some places are down, trees have been uprooted and roofs have been ripped from buildings.

Although everyone in Irma’s path was told to evacuate over the weekend, queues on the motorways and petrol shortages forced some people to stay behind and barricade themselves into their homes.

Officials said that anyone who didn’t evacuate was “on their own” until it was safe for emergency workers to move in and help people. Conditions are so dangerous that ambulance drivers and other emergency workers cannot respond to 911 (the American version of 999) calls until the storm has passed.

Read about Hurricane Irma’s earlier path across the Caribbean.

For updates on this story keep an eye on our daily news bulletin.