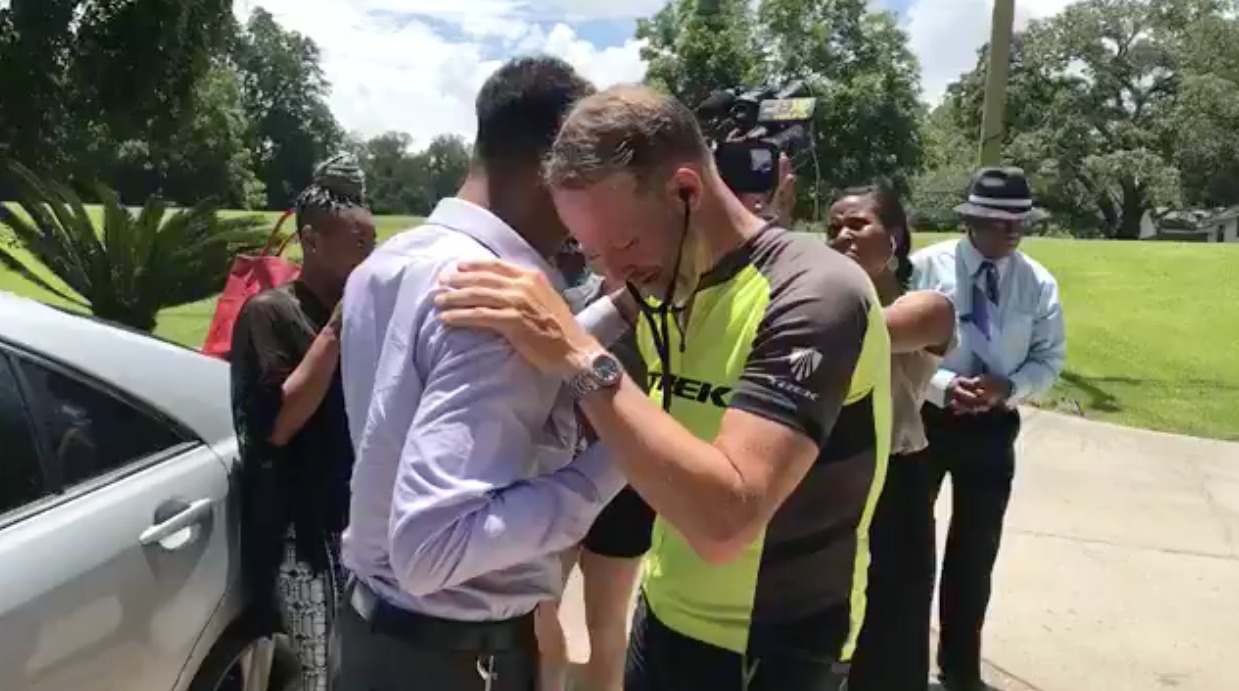 THANKS to a remarkable act of kindness and love, a grieving dad got to hear his dead daughter’s heartbeat again.

Abbey was an organ donor, which means that if she died her organs would be passed on to others that really needed them. Lots of people choose to donate their organs, so that when they die, they can help others live longer.

When Abbey died, her organs were given to four men, one of which was a man named Jack Jr. who had suffered a heart attack. He was given Abbey’s heart and the transplant saved his life.

Bill decided that he wanted to take part in a sponsored cycle in Abbey’s name. He wanted to travel 2,600 miles from his hometown of Madison, Wisconsin, to the hospital that recovered Abbey’s organs in Fort Lauderdale, Florida.

Upon hearing the news, the hospital contacted the four men whose lives had been saved by Abbey’s organs, to see if they wanted to meet her dad. Jack Jr. responded and agreed to meet Bill during his cross-country cycle.

The pair met 1,400 miles into Bill’s cycle in Baton Rouge, Louisiana, on Father’s Day. They greeted each other with a big hug!

As Abbey’s heart was beating inside Jack Jr., Bill said that he felt like he was being reunited with his daughter again.

Jack Jr. went one step further and pulled out a stethoscope, so that Bill could clearly hear Abbey’s heartbeat inside of him – giving him a miraculous present on Father’s Day.

What happened?
From Charlie