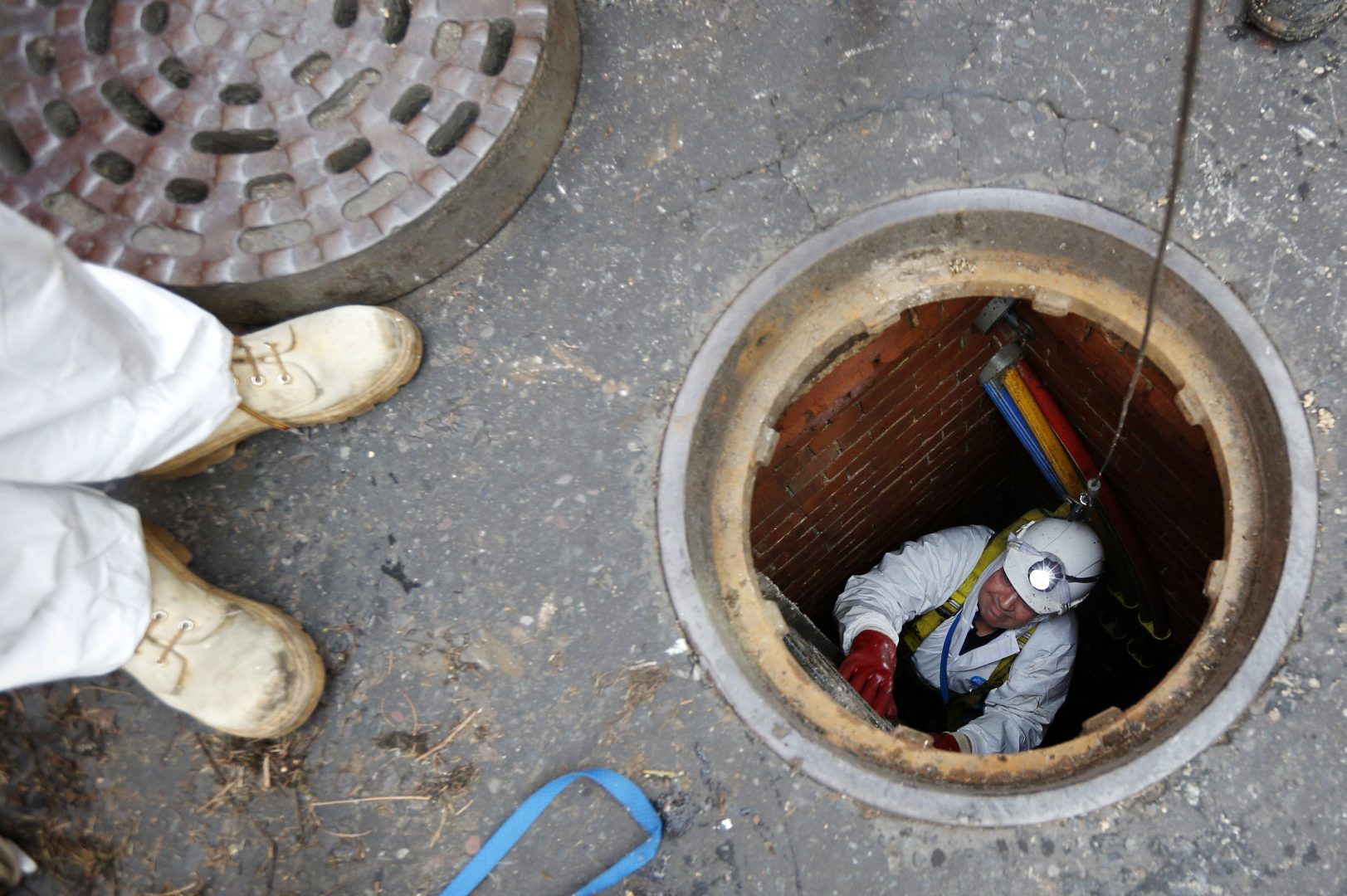 A ‘FATBERG’ weighing the same as a blue whale has caused a huge blockage in a London sewer, and it will take unlucky workers three weeks to remove the stinking mess.

Fatbergs are huge masses of stuff that people pour down sinks and flush down toilets. Euw! They can contain lots of unpleasant things, but the most common are cooking oils and fats (particularly chicken fat), along with wet wipes, nappies and cotton buds.

Here’s what the ‘fatberg’ in London looks like right now…

Thames Water say that workers have started a “three-week sewer war” against the fatberg, which has set hard and needs to be broken up with high-powered jet hoses. It is 250m long (more than twice the length of the Wembley pitch) and weighs around 130 tonnes, so those guys from Thames Water with their gas masks and rubber gloves are really earning their money this month.

Water companies regularly remind the public that fats should be disposed of in bins or food recycling containers, and that only loo roll should be flushed down the lav. Well, and poo and wee as well, but we hope that went without saying. Restaurants and takeaways are often responsible for much of the fat in the sewers, but households are mostly responsible for the other junk that goes down the drains. So remember: unless it came out of your body or you wiped your bum with it, don’t flush it!