READ: Would you eat a GREEN satsuma? Because TESCO is about to start selling them… 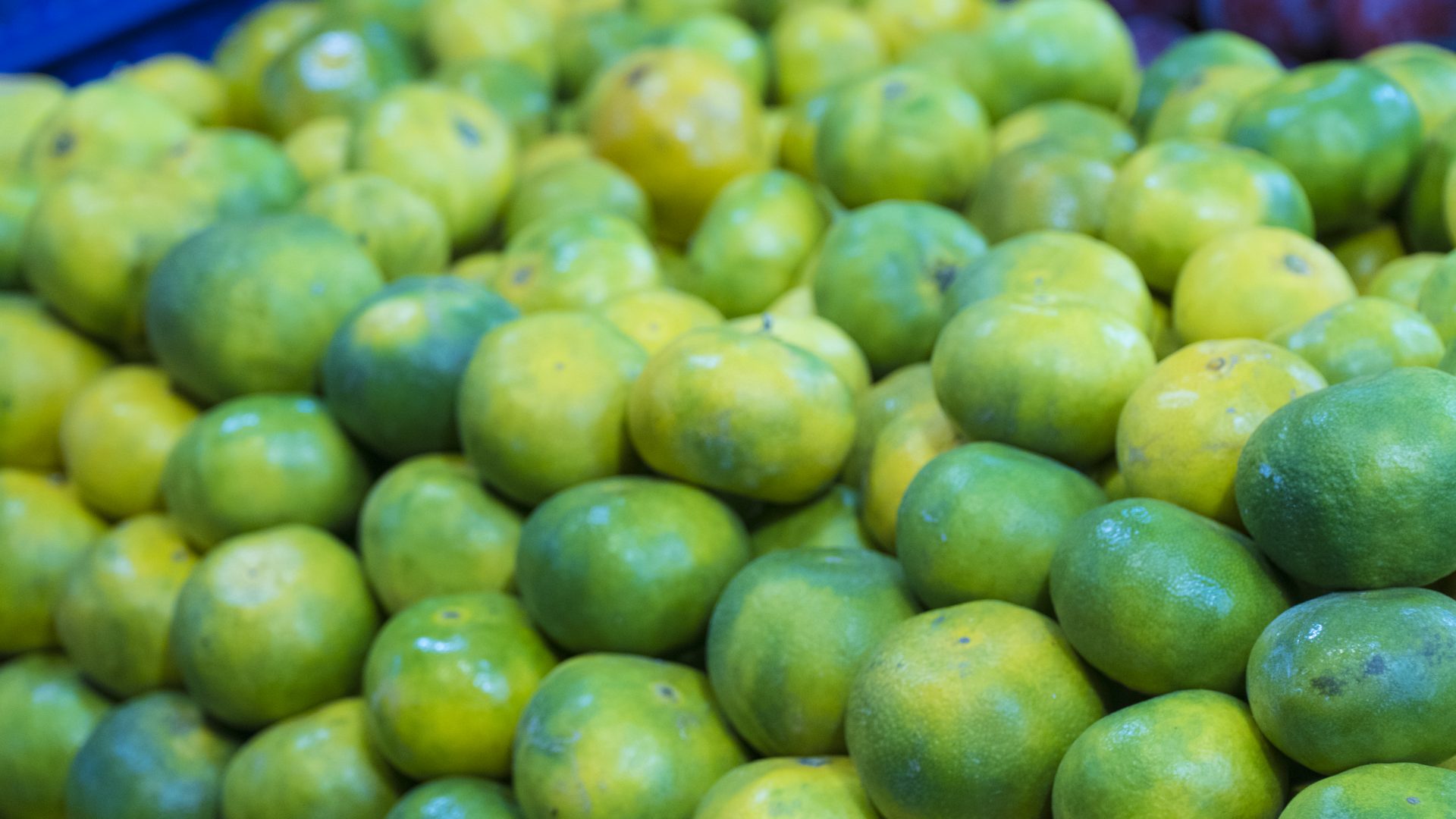 TESCO has announced that it will start selling green satsumas and clementines as part of plans to cut food waste.

You might be surprised, but green satsumas are actually perfectly ripe and taste just as sweet as orange ones!

Until now, large amounts of green satsumas were being thrown out by farmers, as Tesco, Sainsbury’s and other supermarkets weren’t buying them, saying that shoppers wouldn’t buy green satsumas.

However, following criticism for being far too fussy, Tesco will soon be selling green satsumas.

Satsumas and clementines actually grow green to begin with, only turning orange once summer begins to end and cool down.

But recently, warm temperatures during the early growing season for satsumas in September and October have continued to remain high into the autumn, which means that the process that turns the fruit orange is delayed.

Would you eat a green satsuma?

Watch all our latest news in today’s bulletin!

Yeah, why not!!?? At school we're learning about jamie oliver in DT and how he started a campaign about the weird and wonderful shapes and colours of fruits and why it doesn't change anything if we eat the slightly wider looking fruit!!!

For a second I thought it was loads of peas! I would be fine eating them, I just really like satsumas.