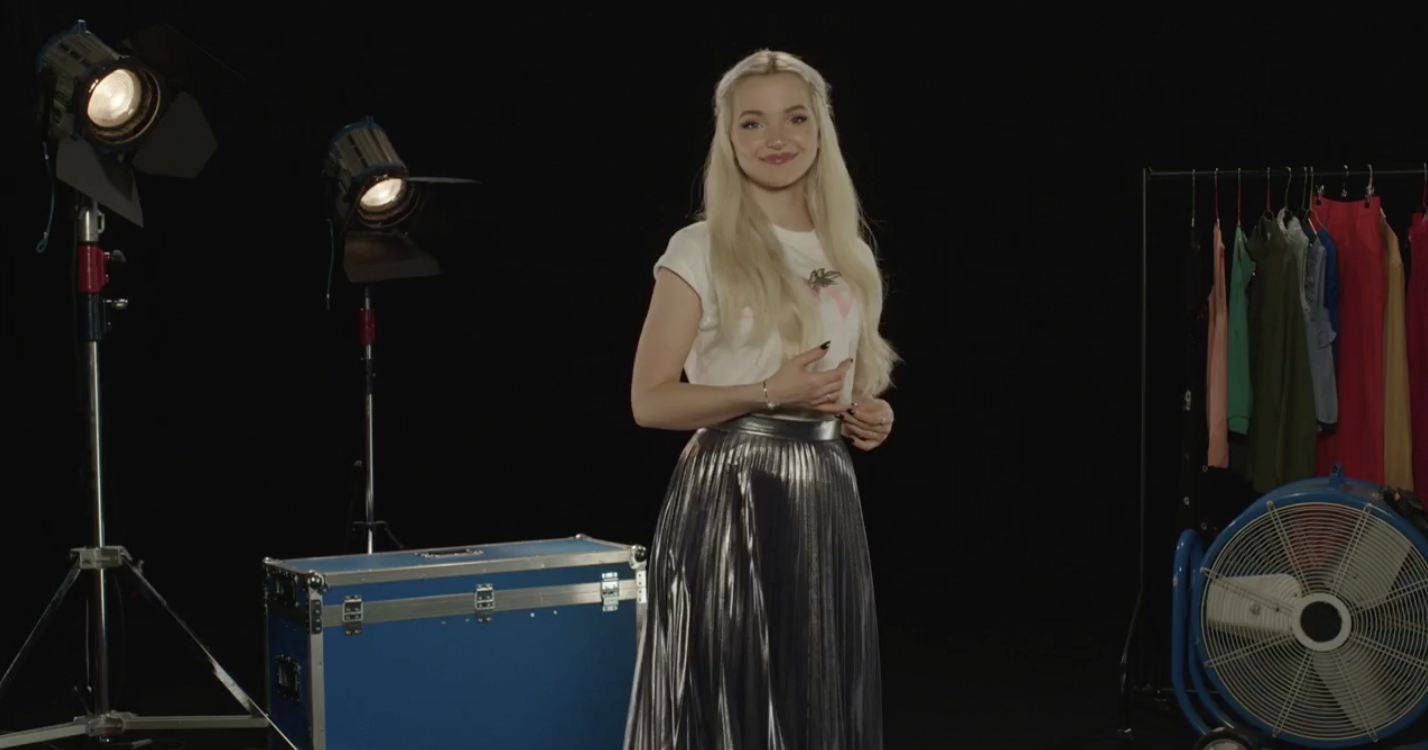 Come on, we’re not just going to tell you what she said, are we?! Spoilers! You’ll have to watch the video above to find out!

Descendants 2, the sequel to the film about the teenage sons and daughters of Disney’s most infamous villains, will premiere on Disney Channel on Friday 20 October.

The sequel sees Dove Cameron (Liv and Maddie) reprise her role as Mal, along with fan favourites Booboo Stewart (Jay), Sofia Carson (Evie) and Cameron Boyce (Carlos) all returning, too! A host of new faces also join the cast including Thomas Doherty (The Lodge) as Harry, the son of Captain Hook.

Ahead of the long-awaited premiere, fans will be able to get an additional taste of the action, with Disney Channel UK YouTube* hosting both Dove and Thomas to discuss their latest movie.

Live from 5.00 – 5.30pm on Friday 20 October, the stars will join hosts, Disney Channel Vloggers Lovevie and Olivia Grace, to discuss the movie, their characters and give fans a sneak peek into life on set.

British vloggers Saffron Barker and Anastasia Kingsnorth (Floral Princess) will also be joining the live event, to chat to the cast mates and discuss their favourite moments.

The duo were given exclusive access to see the movie ahead of its UK premiere, and will be able to give viewers hints and tips about the upcoming tracks and best bits.

*IMPORTANT: You must be at least 13 years old to use YouTube