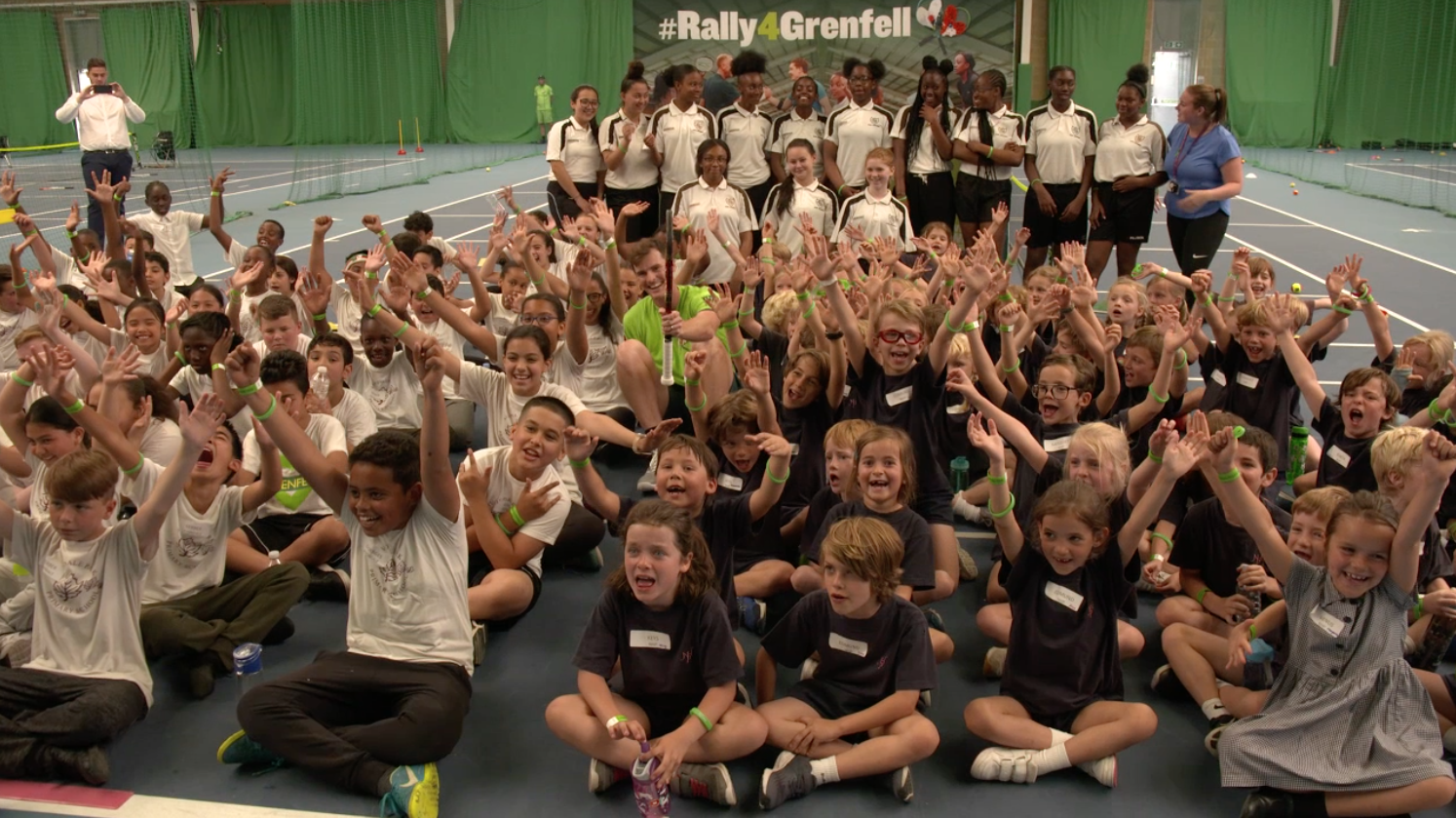 On the first-year anniversary of the disaster, 1,700 primary school children, across 15 local schools heavily affected by the fire, enjoyed a ‘hit’ with their tennis hero.

The Scot, fresh after his first-round win at the Fever Tree Championships, went through a series of tennis stations, with the children in attendance thriving in watching and learning from one of the best doubles players in the world.

Check out the video above!