Check out these reactions to Universal Resort Orlando’s new VelociCoaster! 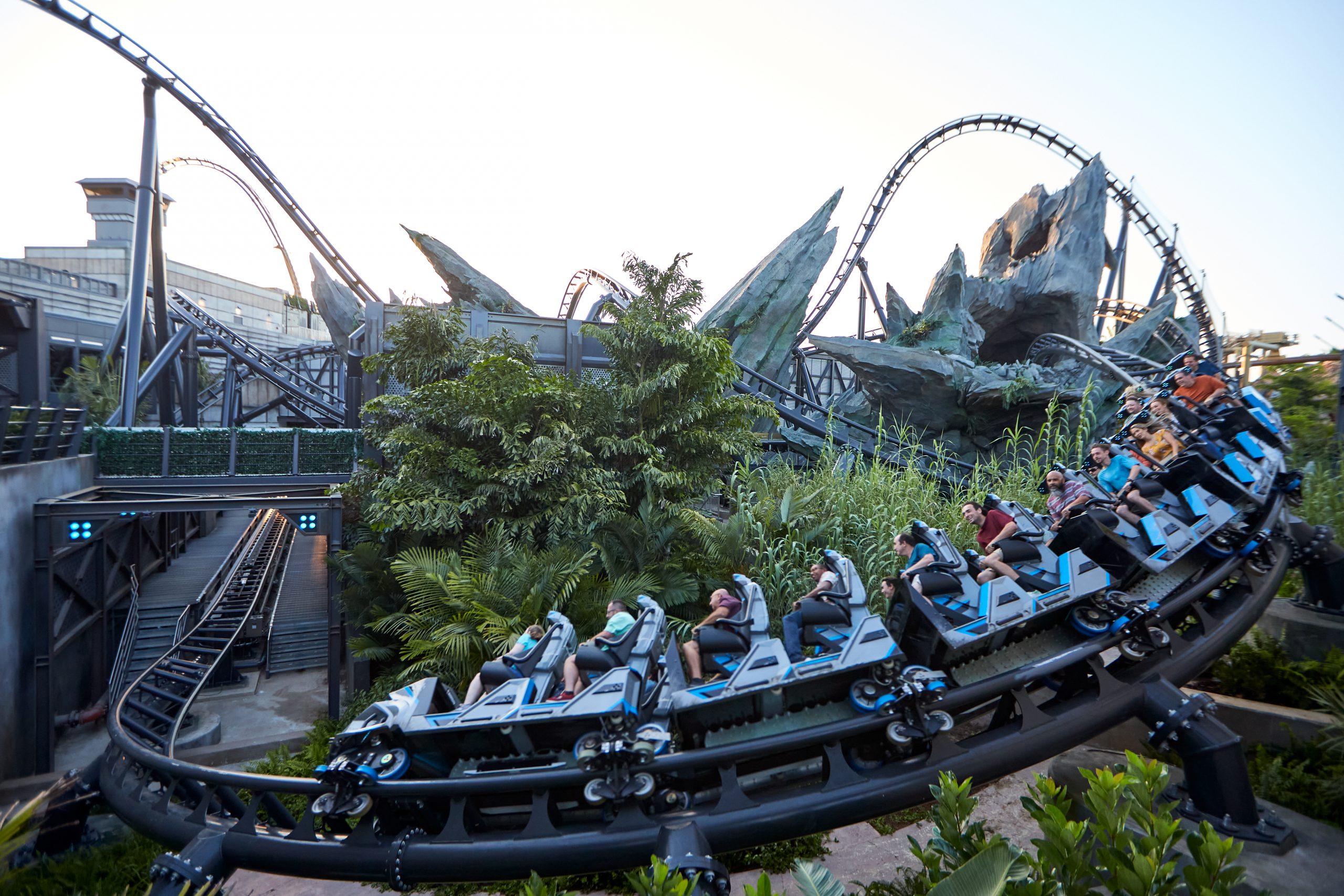 UNIVERSAL Orlando Resort is once again welcoming guests from all over the world. We were lucky enough to be invited on a trip across the Atlantic to check out just what they’ve been busy creating while we’ve been away. One of those rides is the VelociCoaster! Check out rider’s reactions above, and read about our experience below!

If you’re scared of rollercoasters, steer clear – the VelociCoaster is the most exhilarating (and terrifying) rollercoaster we’ve ever been on! We kicked off our trip with a ride on the newest coaster to come to Universal’s Islands of Adventure, and were left reeling for the rest of our time there!

The VelociCoaster is based on the Jurassic World movies, and from the entrance to the exit you’ll really feel like you’re at the dino-park. When queuing for the coaster, you’ll see Claire (Bryce Dallas-Howard) and Dr Wu (BD Wong) talking about their exciting new ride, where guests will race alongside the park’s velociraptors, while Owen (Chris Pratt), makes it clear that he doesn’t think it’s such a good idea.

Just before you ride, you’ll come face-to-face with the snarling raptors, which is probably where, if you’re anything like us, you’ll start to wonder whether it’s actually a good idea to go on the VelociCoaster.

Next thing you know, the raptors are alongside you – and you’re being blasted at 50mph around the track, zipping through twists and turns.

Then, before you have a chance to collect yourself, you’re blasting off again, reaching 70mph in 2.4 seconds, shooting 45 metres up in the air, and zooming back down.

In its grand finale, the ride turns upside down and lets you hang for what feels like forever over the nearby lake! It’s scary stuff!

7 nights in Orlando, with Virgin Holidays, including scheduled Virgin Atlantic flights from London Heathrow direct to Orlando, room only accommodation at Universal’s Endless Summer Resort – Dockside Inn & Suites as well as Universal 3-Park Explorer tickets. Price is per person based on 2 adults and 2 children (under 9 years of age) travelling and sharing a queen room and includes all applicable taxes and fuel surcharges which are subject to change. Price is based on a departure on 18 January 2022 and correct as at 16 November 2021. Virgin Holidays is a member of ABTA and is ATOL protected. To book: www.virginholidays.co.uk or call 0344 557 3859.