Watch as Ouka the dog takes to the skies! 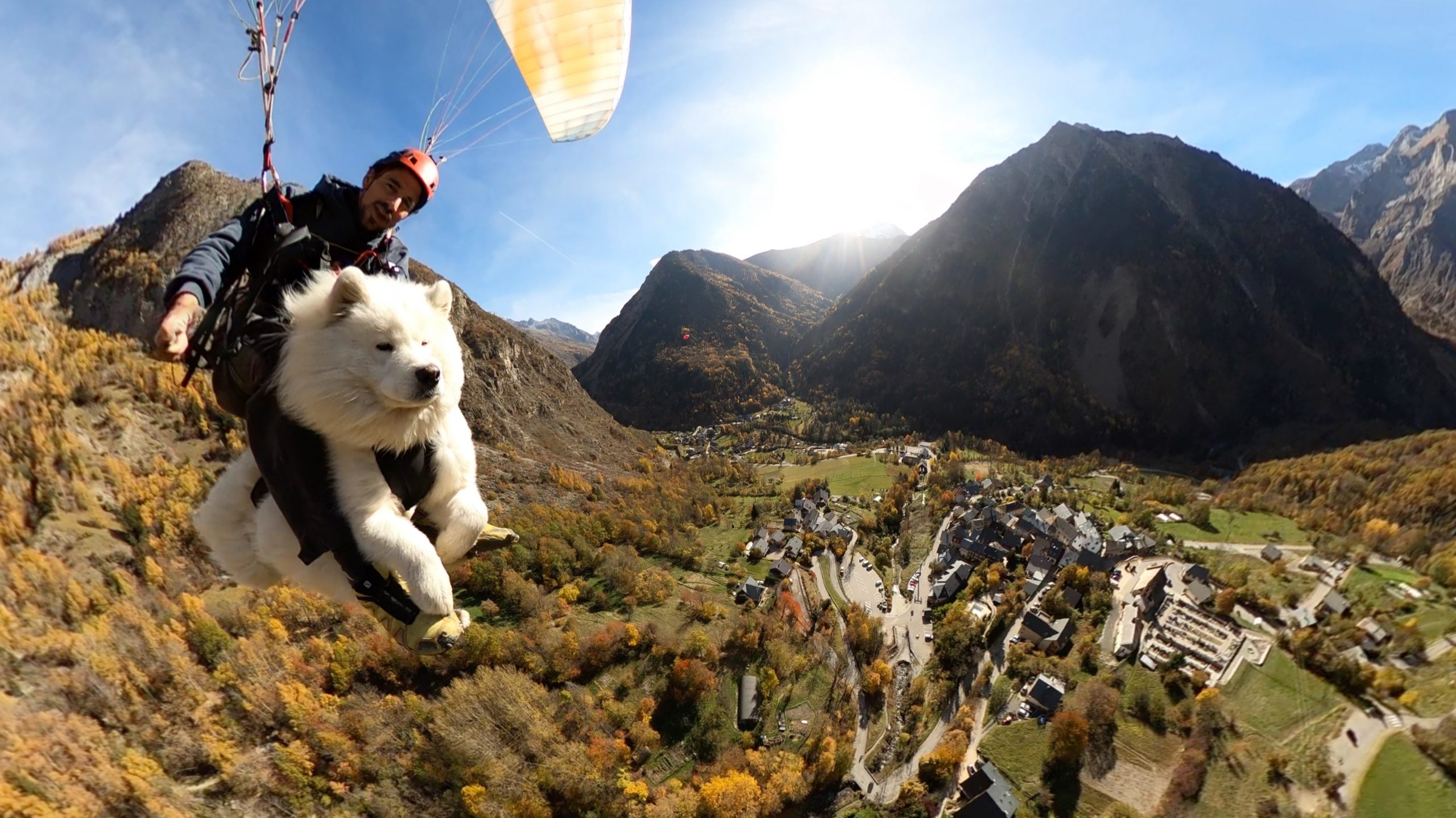 PARAGLIDER Shams, from France, wanted his dog, three-year-old samoyed Ouka, to join him on his aerial adventures. He spent six weeks training Ouka for his first flight.

Shams got a special harness made then spent time getting Ouka used to the glider. He used treats to train Ouka to stand between his legs, which is how they would be sat during flights. Finally, they did lots of little flights for seconds at a time.

Shams and Ouka have now flown together more than ten times. Not everyone’s happy about it though. Shams admits that some people say it is abuse as dogs can’t give permission but Shams says Ouka lets him know pretty quickly if he doesn’t like something!

The RSPCA said that they respect the bond between Shams and Ouka, but would never recommend taking a dog paragliding, however comfortable a dog seems.

Let us know what you think of this incredible video in the comments below!