This month-old Sumatran tiger cub is taking its first wobbly steps outside! 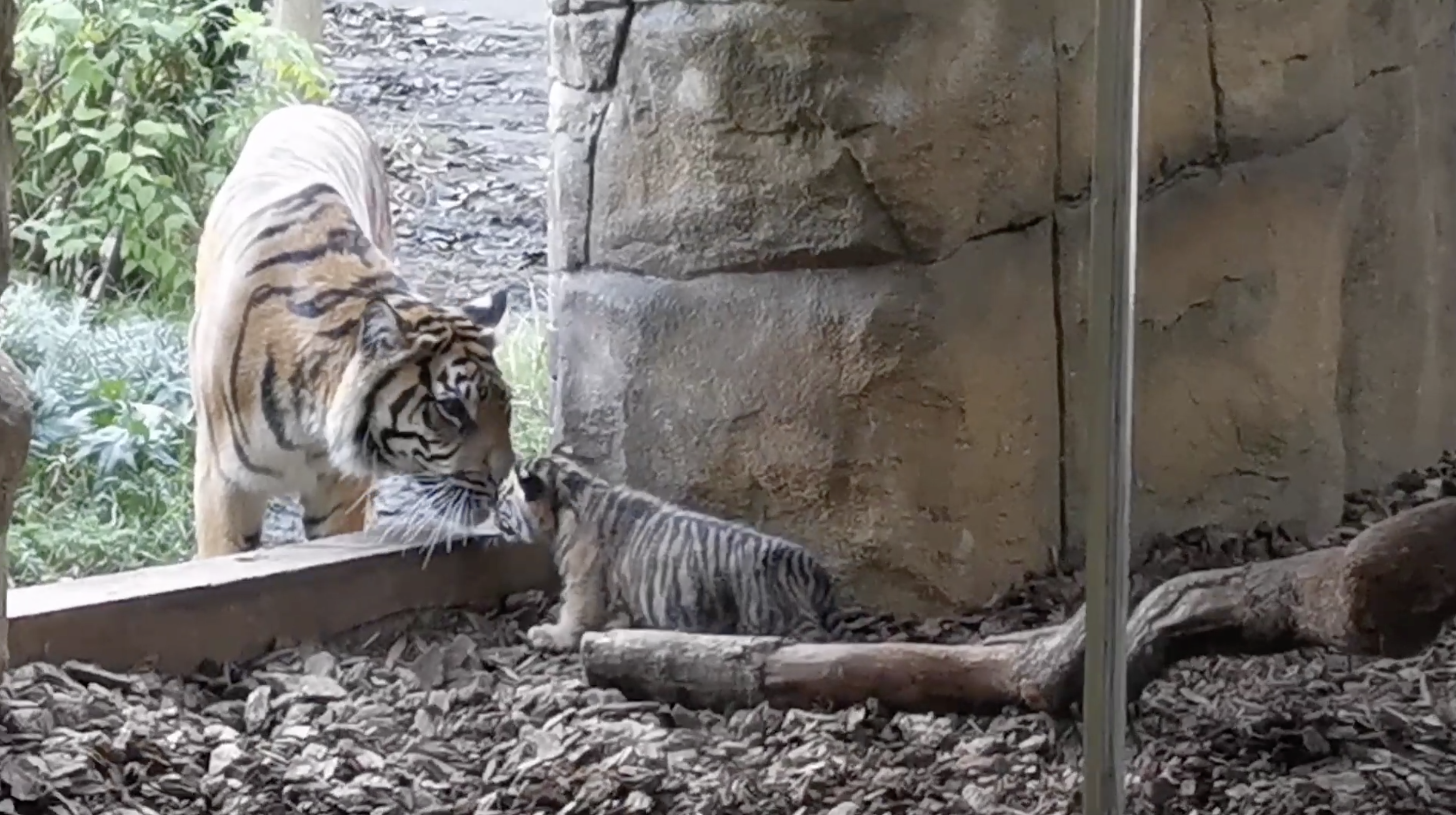 ZSL London Zoo tiger keeper Kathryn Sanders said: “The cub has so far mostly stayed tucked up with Gaysha in their cosy behind-the-scenes cubbing den, but with such lovely weather yesterday it’s clear she decided it was time for her little one to take its first steps in the outside world.”

After carrying the tiny tot outside in the afternoon sun, mum Gaysha set the cub down safely in their heated outdoor shelter before taking the opportunity to stretch her legs. London Zoo keepers – who have been keeping a close eye on the family via CCTV – captured the adorable moment the determined youngster followed in mum’s footsteps, tumbling onto the soft grass along the way.

What do you think of the video? Let us know in the comments below!