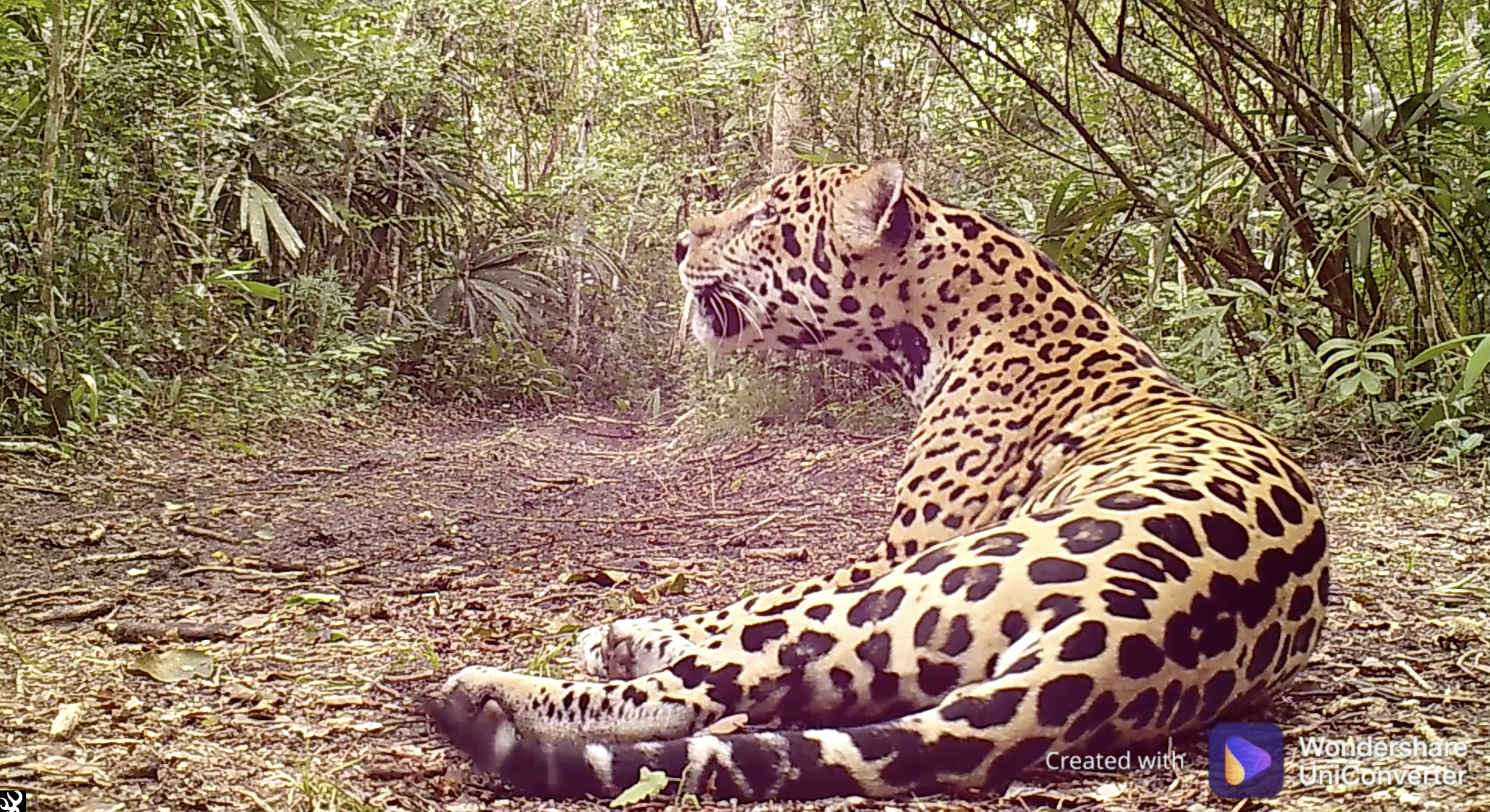 RECORDED by a remote camera trap, the videos shows a male jaguar making a series of silly-sounding deep grunts while lounging in a clearing.

Conservationists with the Wildlife Conservation Society’s (WCS) Guatemala Program say the noises are usually used to attract mates or stake out territories from competing jaguars.

WCS conservationists have set up more than 50 camera traps in the park – a key stronghold for these iconic big cats.

This particular camera trap was set up near a watering hole, which jaguars also use as a hunting site. The camera traps are part of a long-term effort to monitor jaguars and other wildlife in the park.

Read more about the jaguar in this week’s issue of First News!