This hero has been inspired to walk for charity, just like Captain Tom Moore! 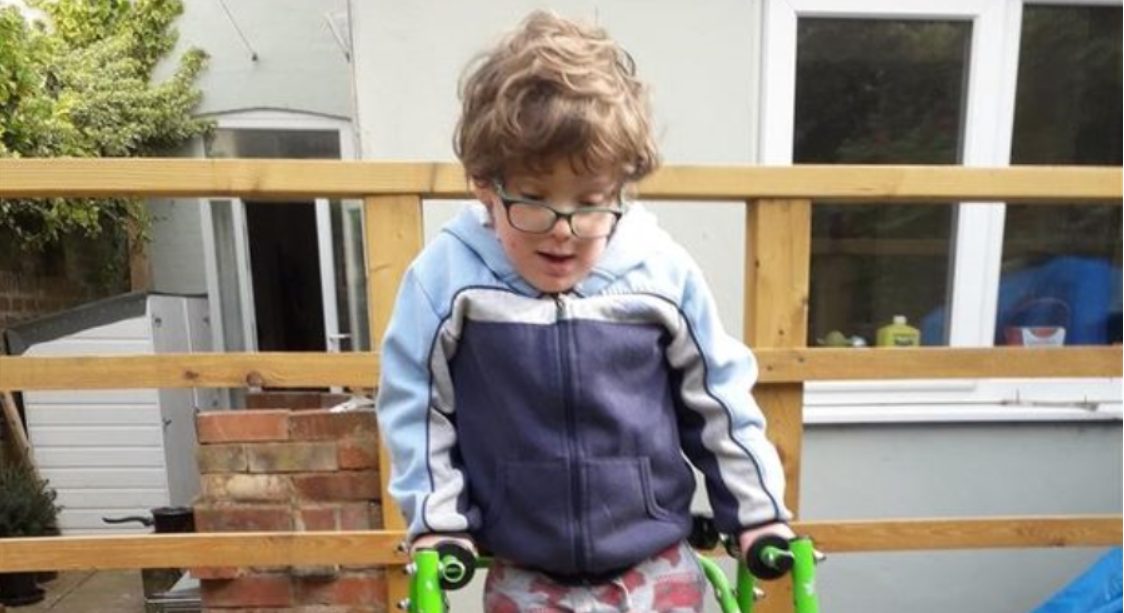 A DISABLED six-year-old boy from Bristol is walking ten metres a day for the NHS, inspired by the fundraising efforts of Captain Tom Moore.

Frank Mills, who was born with a condition called spina bifida, started off with the aim of raising £99 because that was the age of Captain Tom. But, as First News went to press, young Frank had already reached nearly £300,000.

The little boy, who only started walking with the help of a frame 18 months ago, walks the ten metres a day on the pavement outside his family’s home.

Mum Janet said the family heard about Captain Tom’s COVID-19 fundraising walk for the NHS, and Frank just said: “I want to do that!” She said: “We grabbed hold of that magic moment… and we took his walker outside for him and chalked out 10m on the pavement, with
a start and finish line, and 2m ‘You can do it!’ markers.”

As he walked with the aid of his frame, Frank shouted at one of his neighbours to sponsor him. So the family quickly put something up on JustGiving. From that moment, it took off! “We cannot believe how people are responding,” says Janet.

Frank needed lots of hospital care when he was born. Now, every time the family drives past Bristol Children’s Hospital, Frank says: “That’s my hospital!” so the family are delighted to be able to give something back.

Dad Tony said: “We have called this challenge Frank’s Finish Line Fundraiser! At a time of great national anxiety, Captain Tom has given us a really good news story when we desperately needed one, especially inspiring our little lad Frank.

“The NHS has been very good to our family over the years. It is a privilege to be able to give something back to those who have given so much to us. Thank you all from the bottom of our hearts.”

I think Frank should be really proud of himself