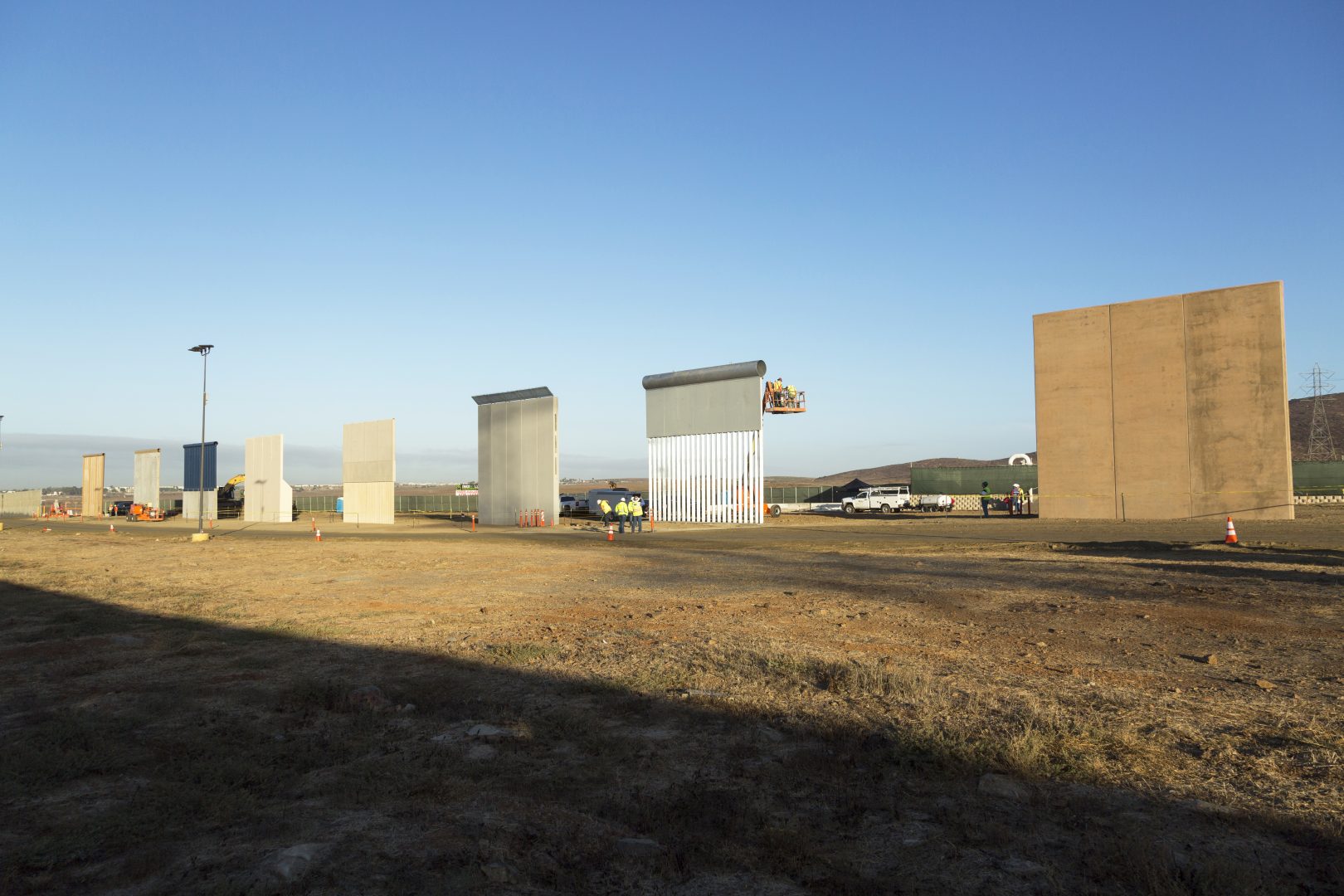 EIGHT types of Donald Trump’s wall are being tested in San Diego.

This is so that Trump can deliver on his election promise to build a wall between the USA and Mexico.

The display of eight 9m-high slabs is the first time that people have been able to see something of Trump’s plans.

Most people don’t believe the wall will ever happen, mainly because of the cost and difficulty of covering the whole border. But, the US President says the wall will help to solve America’s immigration problems.

Eight walls are being tested

Eight different building companies were given the chance to produce their example of a wall that would work. Now, they are all being tested.

Mario Villarreal from America’s Customs and Border Protection (CBP) said the eight examples sent out a message to the world: “The message that we’re a wonderful country, the greatest country in the world, and to those who want to come to the United States we highly recommend that they choose legal methods.”

But people who are against the wall don’t agree.

Enrique Morones, from a group called Border Angels, says: “Without a doubt, it is a wall of hate. It tells the world: ‘Do as I say, not as I do.’”

At San Diego’s Friendship Park, families divided by the border regularly meet on either side to talk through the fence.

Recently, for only the sixth time ever, officials opened a gate in the fence to allow a few families to reunite briefly.

Brian Houston and Evelia Reyes used their three minutes together to get married.

Who is Donald Trump?

WATCH: I DON’T GET IT – Who is Donald Trump?

BOOO DONALD TRUMP! By building this wall he's separating friends and family. If he goes on being this crazy about building walls, the moment he sets foot in the UK he'll want to separate it from America with another massive wall, even though we have the entire Atlantic Ocean between us!