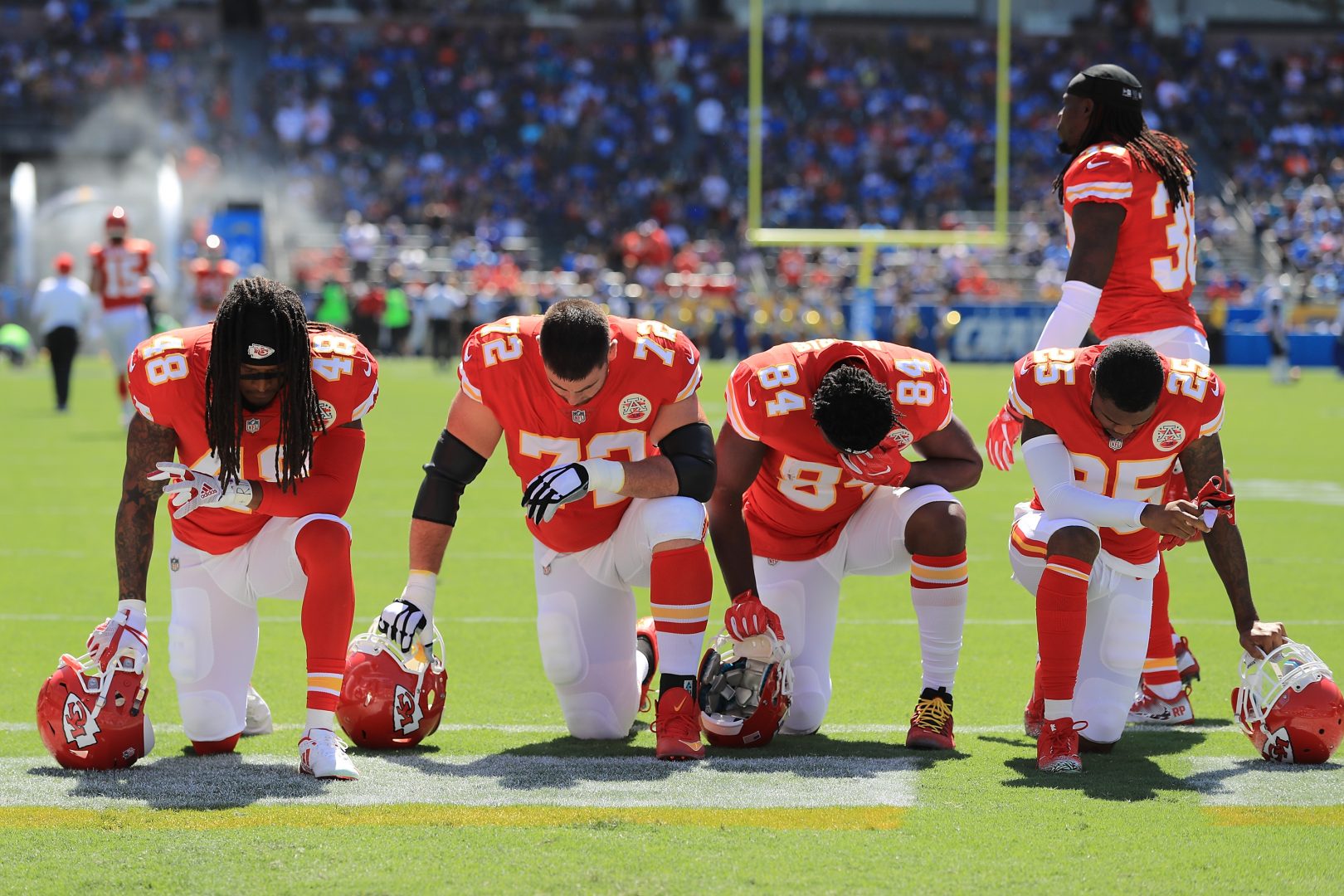 LAST year, National Football League (NFL) player Colin Kaepernick protested police brutality by kneeling to the US National Anthem – and this week President Donald Trump called for him to be fired.

Many thought it ‘disrespectful’ for Kaepernick to kneel during the National Anthem, while others insisted that it was his right to do so.

Until now, the debate has been much quieter.

At a rally last week in Alabama in America, US President Donald Trump reignited the controversy, when he called for the NFL to ban or fire players who kneel for the anthem.

Since then, many athletes in the US have knelt during the US national anthem in protest to Trump’s comments – as well as musicians Stevie Wonder, John Legend and Pharrell Williams.

Many believe that the language used by the US President to describe kneeling athletes was far harsher than the way he discussed the white nationalists who marched in Charlottesville earlier this year.

What do you think of the story?

Who is Donald Trump and what does he stand for?

I know how important the national anthem in America is. It is disgusting that these players are kneeling down when their national anthem is playing. It is disrespecting their heritage, their president and their country. Trump rightly says they should be fired