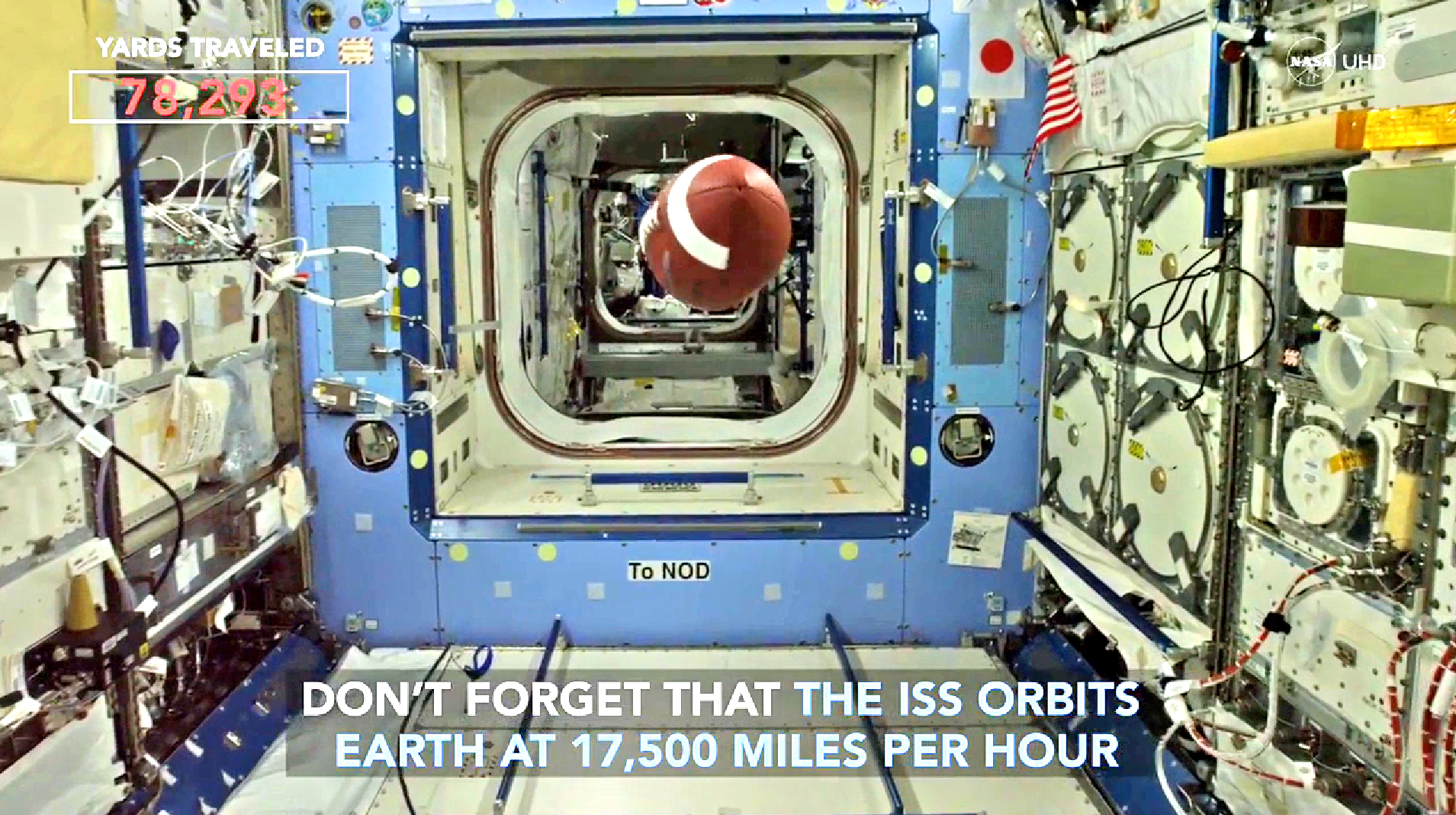 It seems that people all over the world caught Super Bowl fever last weekend – actually, even some who were out of this world!

The Super Bowl is the biggest game on the American Football calendar and hundreds of millions of people watch the match on television and online every year.

This year, it seems the annual Super Bowl buzz reached several NASA astronauts on board the International Space Station (ISS).

These intergalactic footie fans filmed themselves chucking an American football down the length of the ISS, to see how far it would move in zero gravity. The ISS moves around Earth at 17,500mph (28,000km/h), which means that the ball was thrown around 290,000 miles (460,000km). That’s roughly 15 trips from the UK to Australia and back! Talk about going long…

See the video above!