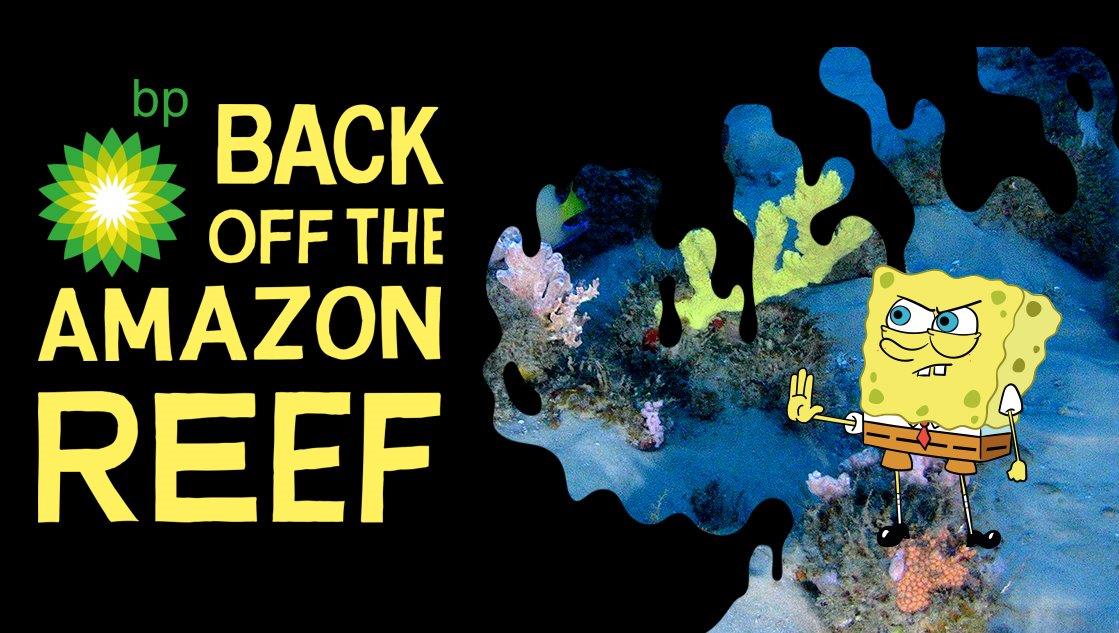 Environmental campaigners Greenpeace say that BP’s “reckless” plans to drill near the Amazon Reef (which is near the mouth of the Amazon River) “could spell disaster for the reef and the wider area”.

BP was responsible for the Deepwater Horizon oil rig disaster, which resulted in a spill of more than 609 million litres of oil and caused the deaths of 11 workers, more than 105,000 sea birds and 7,600 adult sea turtles.

BP told us: “As in any exploration drilling operation, our primary focus is of course on preventing oil spills, applying best industry practices to well design, safety, drilling, and protecting the environment. We will not begin any drilling until Brazil’s government and regulatory authorities have fully reviewed and approved our plans.”

See Greenpeace’s SpongeBob video above! Don’t forget to comment below to let us know what you think.

BP were wrong to cause the oil rig accident. They should be devoloping their systems as soon as possible so no more horrid things can happen.

Though I see that BP had some responsibility, weren't there other companies at Deepwater Horizon who weren't mentioned in the report, and should be for balance?

BP is so wrong to do that. They want to join the billions of murderers in the world. Just because they aren't murdering people, it doesn't mean they aren't killers. Sea creatures have life to, a BP can't end it so abruptly like that.

Happy4456, I completely agree with you. Animals have lives, too, that's why I'm vegetarian.