WATCH: Things got seriously slimy at SLIMEFEST in Blackpool this weekend! 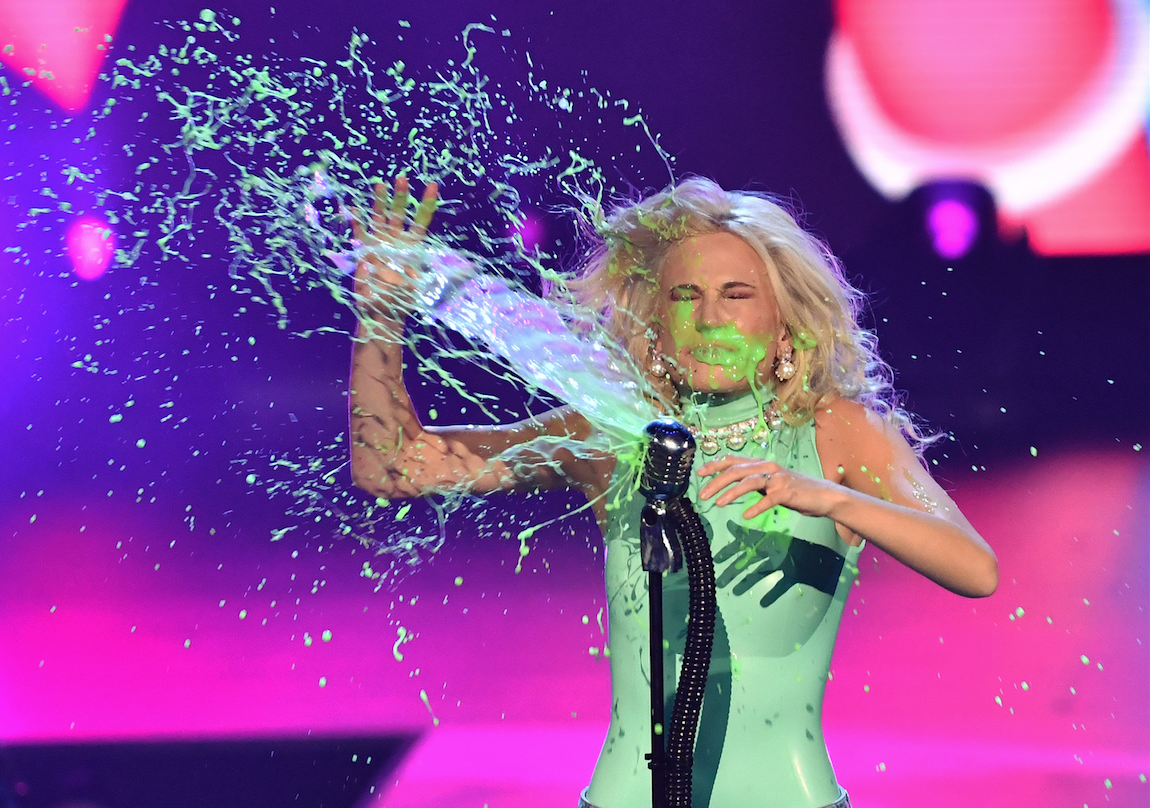 A SERIOUS amount of music, mayhem and slime (mostly slime) took over The Arena on Blackpool Pleasure Beach this weekend for Nickelodeon’s SLIMEFEST.

Nick’s slimiest (is that even a word?) festival saw some of the biggest names in music and social media storm Blackpool, including Pixie Lott (watch Pixie getting slimed in the face in the video above!), The Vamps, Matt Terry, JoJo Siwa, Diversity and hosts Jordan Banjo and Perri Kiely.

Popular YouTube stars such as Ethan Gamer, Ruby Rube, Tekkerz Kid and It’s Romello also attended the slime-filled event which saw 1000 kids covered in slime as they watched the from the notorious SLIME PIT.

SLIMEFEST airs on Friday 3 November at 5pm and 8pm on Nickelodeon.

Would you be happy getting slimed?! Comment below and let us know!

WATCH: A while back, we caught with the queen of bows, JoJo Siwa, for a serious chat about slime, PopJam and unicorns – very serious.

I wonder if the mic's slime got on anyone when it fell.