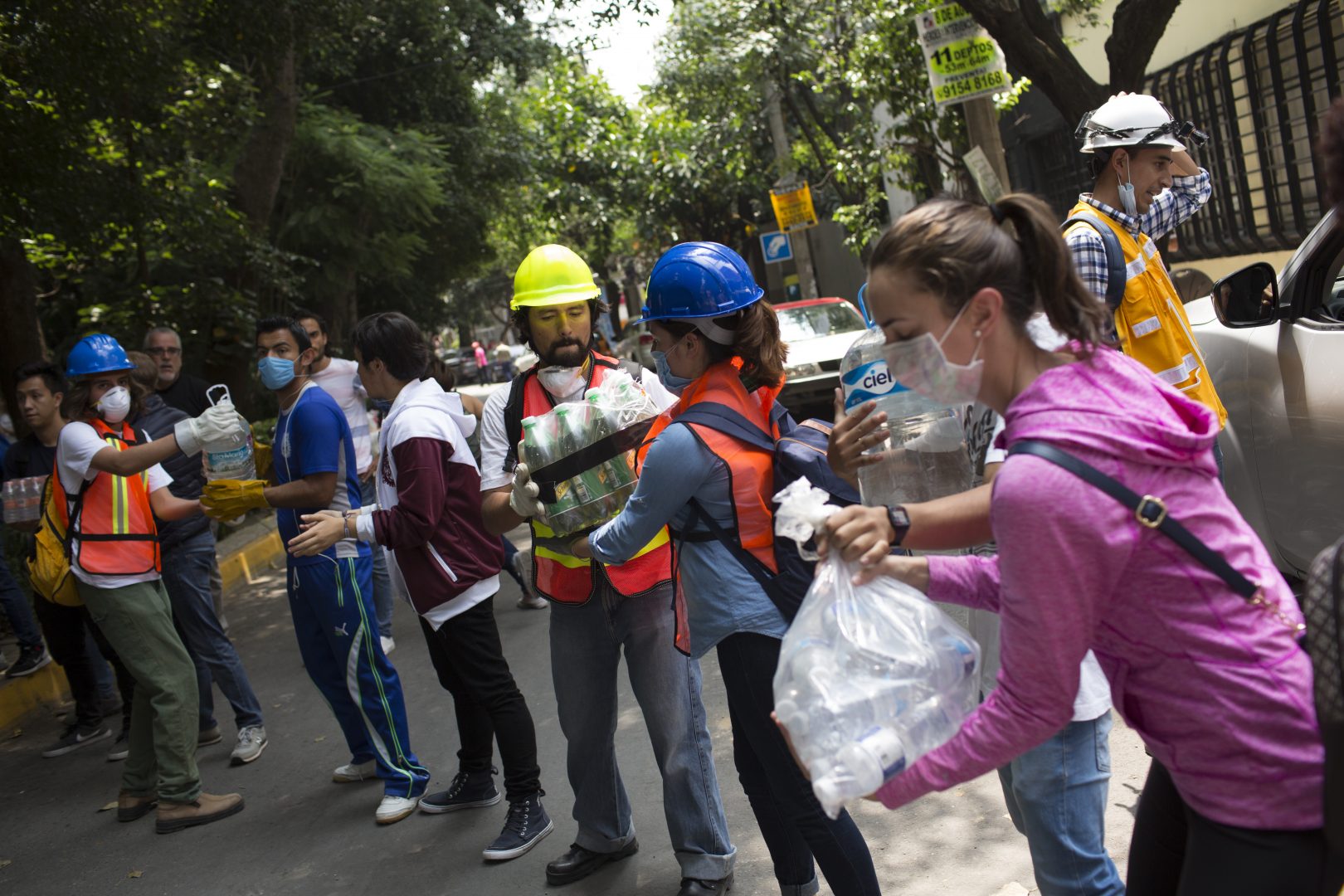 RESCUERS are continuing to help people affected by the earthquake that hit Mexico on Tuesday.

The 7.1-magnitude earthquake struck about 75 miles away from Mexico City and has reportedly killed over 230 people and injured many others. Lots of buildings, including a school, have also collapsed.

The army, police and volunteers are helping residents affected by the disaster, while countries across the world have offered aid. Food and water is being handed out.

Many schools in Mexico have closed until next week and football matches for this weekend have been cancelled.