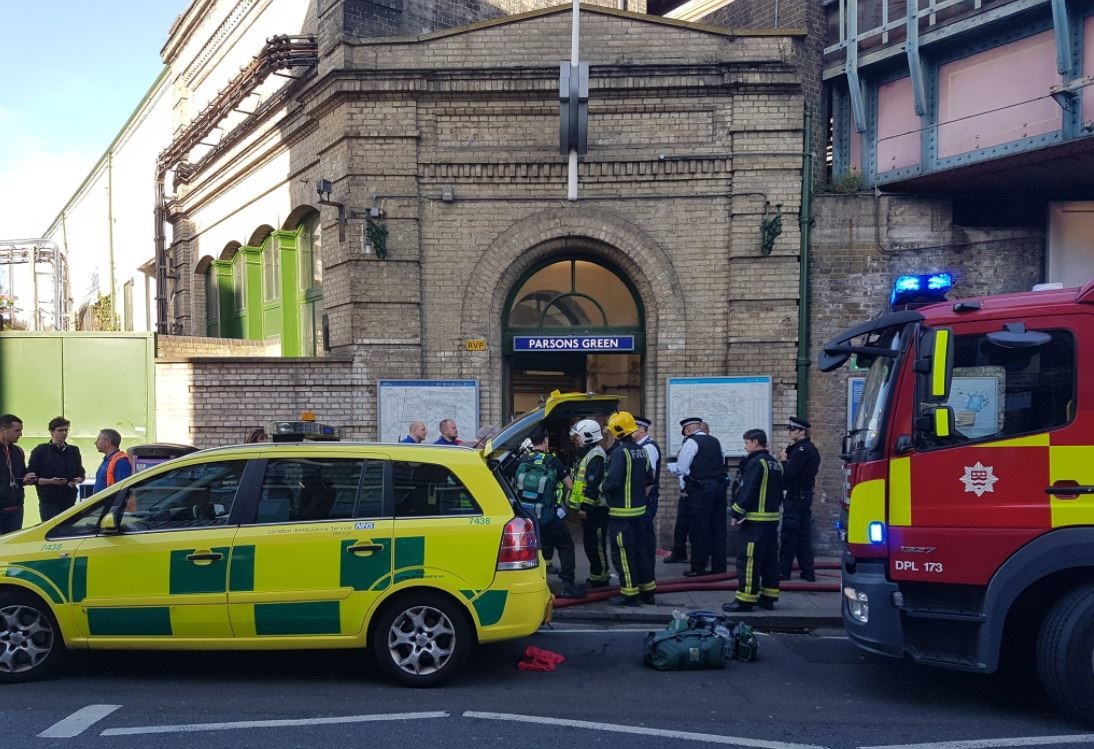 A TERROR attack on a London underground train has left several people injured in southwest London.

The attack took place during the morning rush hour, as many people were trying to get into work.

Natasha Wills, of London Ambulance Service said: “We were called at 8.20am to reports of an incident at Parsons Green underground station.

“We have sent multiple resources to the scene including single responders in cars, ambulance crews, incident response officers and our hazardous area response team, with the first of our medics arriving in under five minutes.”

Downing Street has said that Prime Minister Theresa May is receiving regular updates on the situation, and that she will lead a meeting of the Government’s special emergency COBRA committee in response to the incident.

The Metropolitan Police have confirmed that the explosion is being treated as a terrorist act.

In a statement to the public, Mayor of London Sadiq Khan said: “Our city utterly condemns the hideous individuals who attempt to use terror to harm us and destroy our way of life.

“As London has proven again and again, we will never be intimidated or defeated by terrorism.”