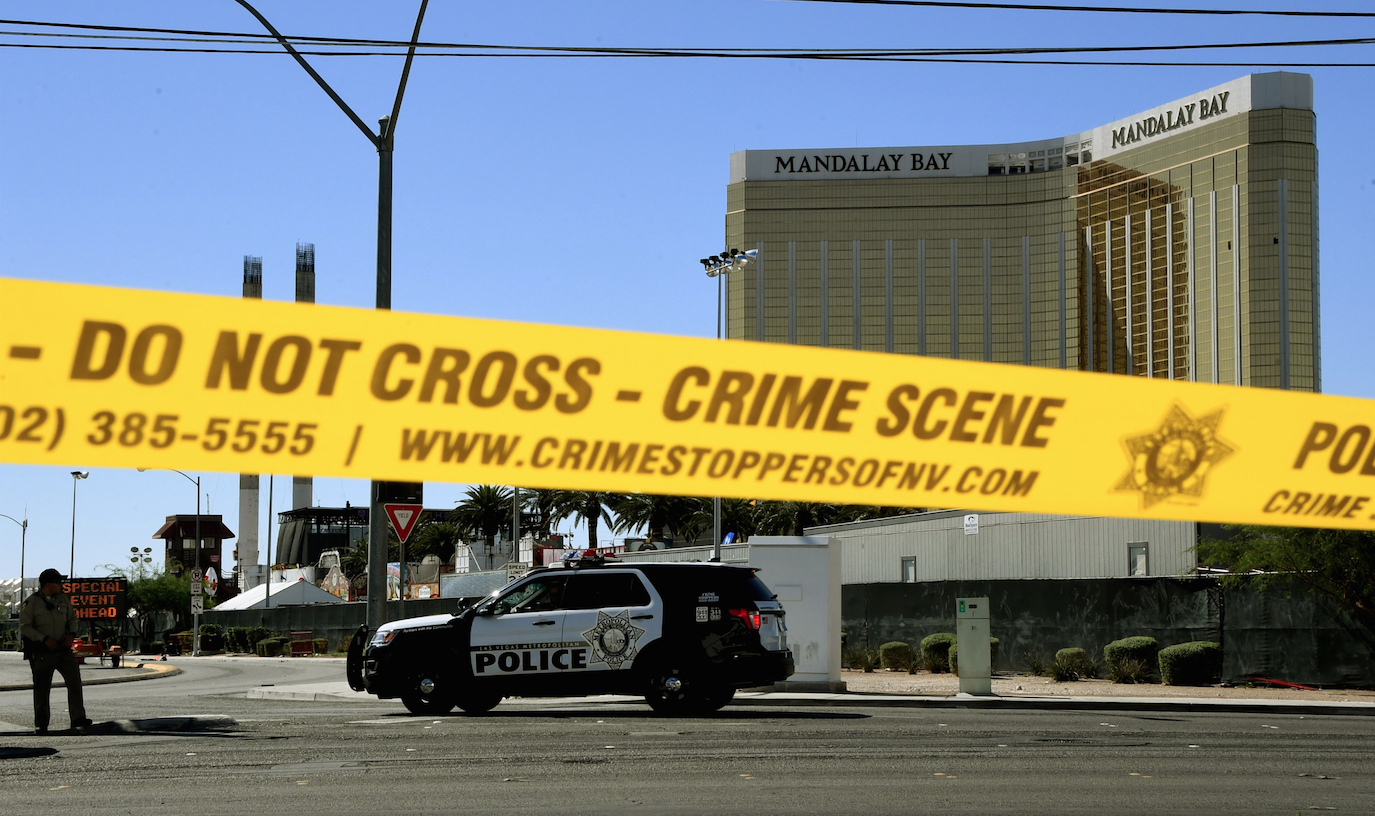 YESTERDAY (Monday 2 October), at least 59 people were killed and hundreds of others injured in a shooting in Las Vegas, America.

Gunman Stephen Paddock, 64, shot the crowd of a music festival from his room on the 32nd floor of the Mandalay Bay Hotel and Casino. The attack has been described as “America’s worst ever shooting”.

The suspected gunman shot himself following the incident, say police.

President Donald Trump described the attack as “pure evil” in an address from the White House on Monday.

Police found 23 guns in Paddock’s Las Vegas hotel room, as well as “in excess of” 19 firearms and explosives at his Nevada home.

As police and FBI now work to uncover the reason that Paddock did this, many people are talking about gun laws in America.

While it appears the weapons the gunman used were ‘modified’ to cause more damage – the many guns that Paddock owned were legally bought.

Lots of people are now talking about whether access to guns in America should be stricter – but the White House has responded by saying that “now is not the time for gun control debate”.

What are your thoughts?

As news like this continues to spread, unfortunately, so does fake news. We want to make sure you’re reading and sharing the correct information at all times. Learn how to spot fake news by CLICKING HERE.

If you’re still feeling concerned, speak to an adult you trust and be honest with them – it’s okay to feel these feelings. You can also call our friends at Childline on 0800 11 11 or find help on their website.