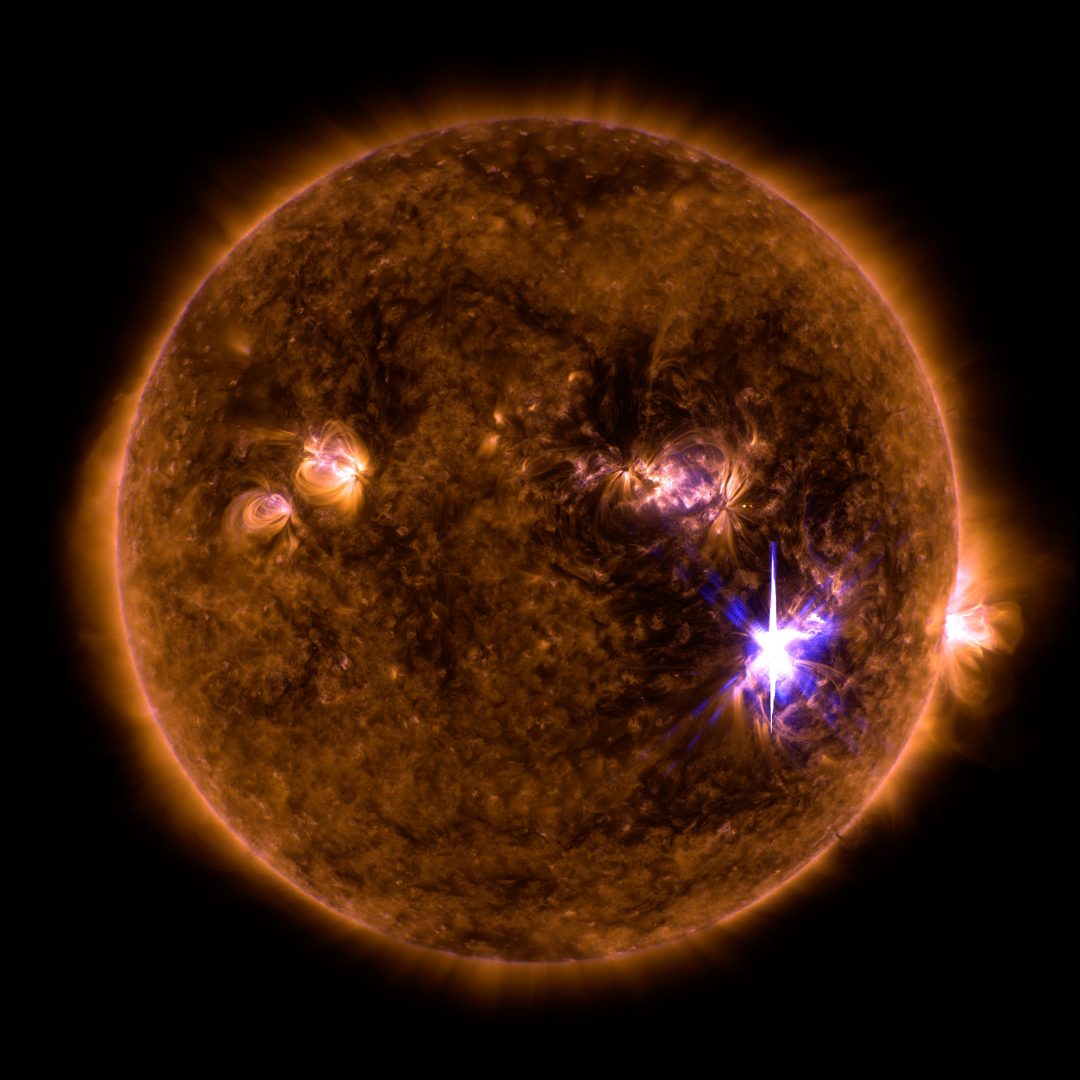 ON Wednesday morning (6 September), the sun gave off two powerful solar flares that knocked out radio transmissions and GPS signals on Earth.

Solar flares are intense bursts of radiation, and the two on Wednesday were X-class flares, which are the most powerful type. The stronger of the two was rated X9.3, which is the most powerful since an X17 flare in 2005.

In our solar system, solar flares are the biggest explosive events we can see, and can last from a few minutes to a few hours. They can be tens of times the size of Earth and produce as much energy as a billion hydrogen bombs (the most powerful type of nuclear weapon).

However, there’s no need to worry at all, as the energy released by solar flares can’t harm us, as we’re protected by the Earth’s atmosphere and magnetic field.

Images of the flares were captured by NASA’s Solar Dynamics Observatory (SDO), a satellite that orbits the Earth and keeps a constant eye on the sun. The image above shows the SDO’s view of the X9.3 flare.