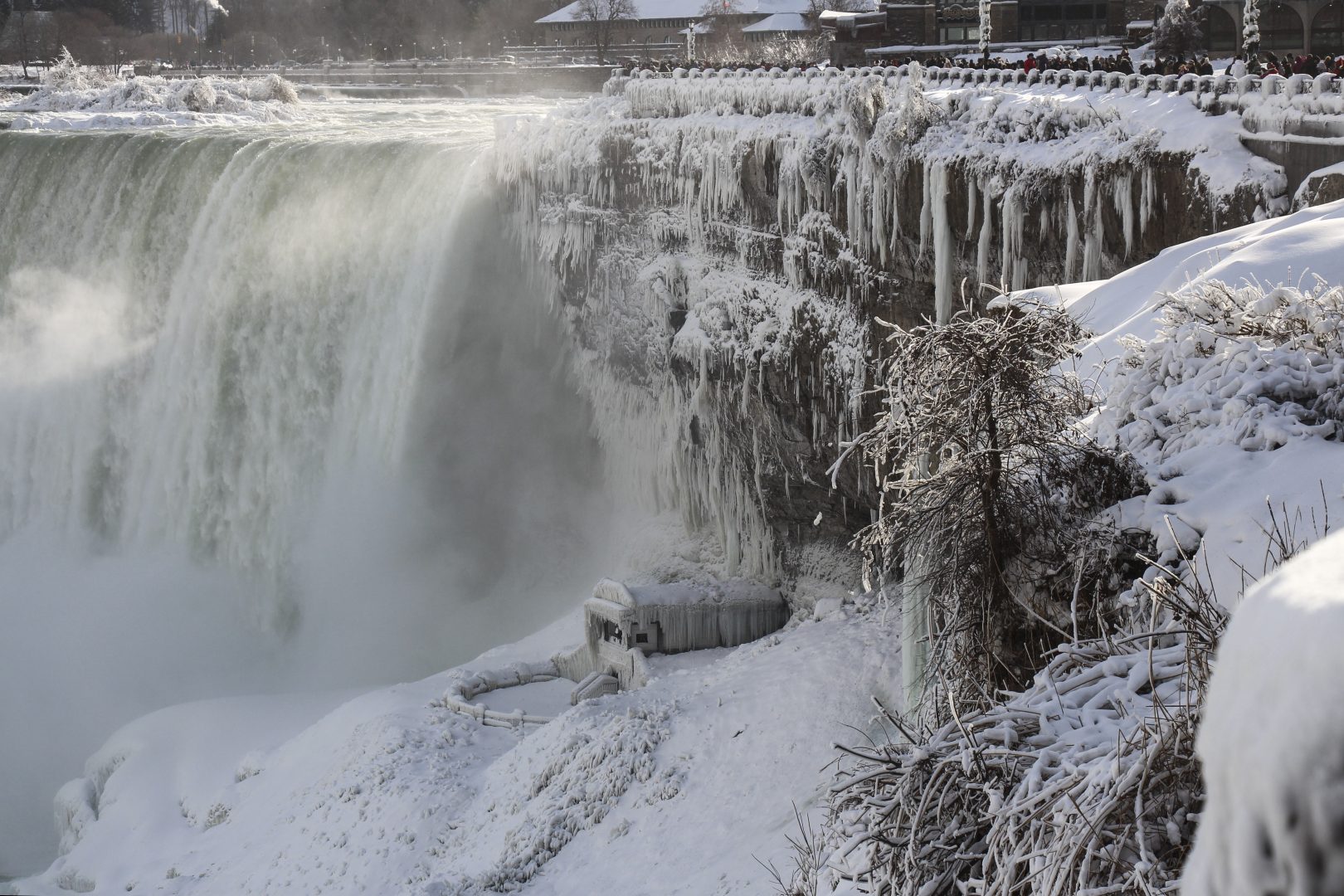 THERE’S been some pretty extreme weather around the world this week, ranging from a freezing cold ‘weather bomb’ in the US, to record high temperatures in Australia.

Temperatures in the eastern US and Canada have been so low that parts of the famous Niagara Falls froze (above). Parts of Florida also woke up to the very rare sight of snow for the first time in decades.

The chilly weather has been caused by a weather bomb, which is also known as a bomb cyclone (or explosive cyclogenesis if you want to be clever). It happens when cold
air collides with warm air, causing a sudden drop in pressure.

Over in Sydney, Australia, thermometers reached the other end of the scale, as Sydney saw its second-hottest day on record. One suburb, Penrith, reached a scorching 47.3°C, which was only beaten by the 47.8°C recorded in 1939.

Firefighters attend to an out of control bushfire in Carrum Downs in Australia. High temperatures and winds contributed to a blaze earlier this week.

Families take refuge from the heat at Darling Harbour on 8 January 2018 in Sydney, Australia. Sydney was the hottest place on earth on 7 January, with temperatures reaching 47.3C in some suburbs. (Photo by Brook Mitchell/Getty Images)

It was so hot that international tennis in the city was cancelled during the day, although England’s cricketers had to put up with the heat as well as another defeat at the hands of Australia, in the final Test of the Ashes series.

I would love to be where all the snow and ice is . It would be incredible!

Woah! #feelingtheloveforsnowandice! Imagine all the ice slides you could go on, all the snow you could eat!