Growing Up In A War Zone 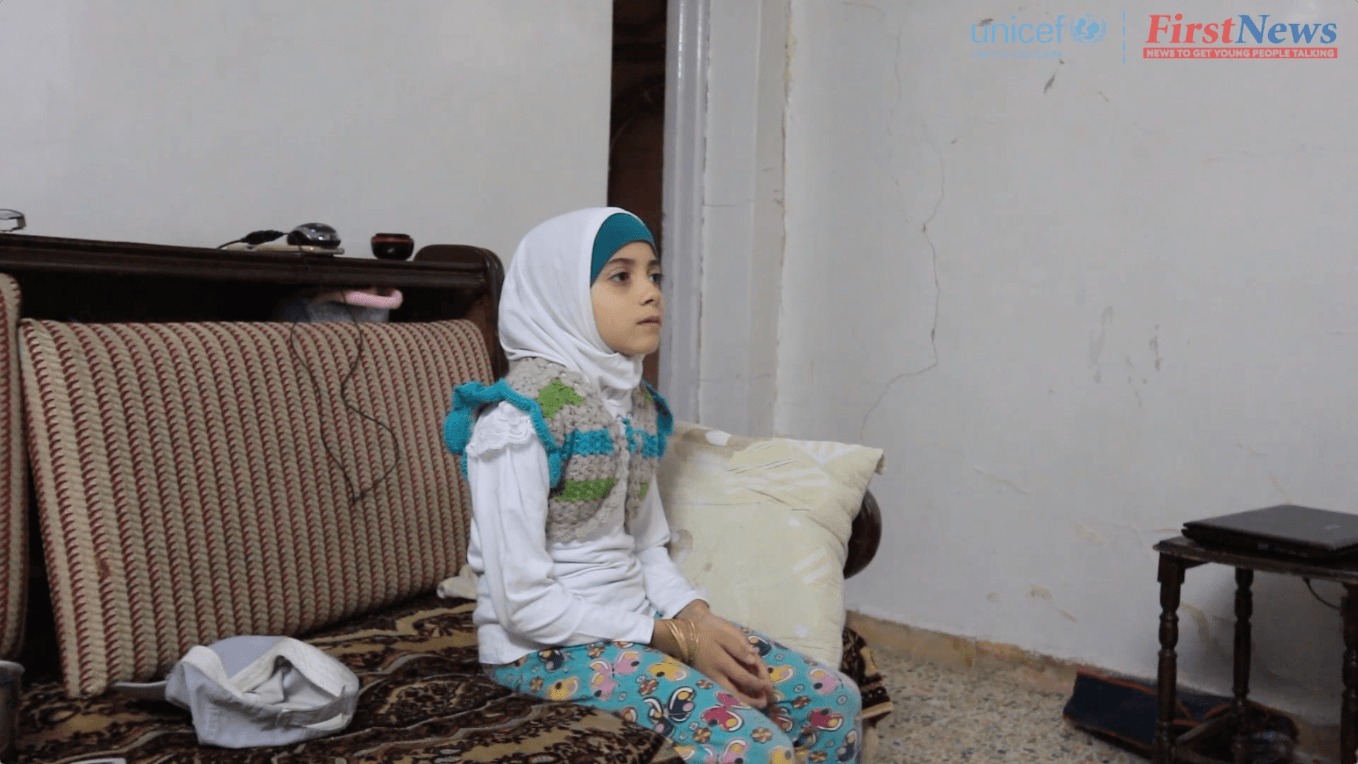 Syria: We meet 9-year-old Judy who risked her life to go to school in Aleppo as it is bombarded by the Syrian government army who are fighting anti-government forces that control parts of Aleppo. We also travel to Lebanon and meet the children who escaped Syria to the safety of UNICEF refugee camps. But can they survive the harsh winter ahead?

In Syria the government’s army is fighting with rebel groups.  The war began almost 6 years ago. One of the most violent battles has been for control of Aleppo.   When fighting intensifies parts of the city are cut off.  Food and medical aid cannot reach the people who need it most.  Now, thousands of children face another bitter winter.  It is feared the trapped children will starve.

In the past when fighting has stopped for brief periods – organisations like UNICEF have taken the opportunity to reach Syrian families.  They deliver life-saving food and medical aid.  This winter Aleppo and other cities are cut off again.  The bombing has been fierce.

Thousands of children have lost their homes and their families.  They are forced to flee to neighbouring countries.  Many head to Lebanon in search of safety.

In the refugee camps in Lebanon children live in tents without heating in the bitter winter.  The children get ill.

UnicefUK is supplying children with warm clothes and blankets, but their long term future relies on the war ending.

I cant believe First News has been to Aleppo - you rock -Newsround doesn't even do this stuff. Judy is so sic she is brave - I hope she is ok now? there is a lot of fighting in Aleppo on the news, can you keep us updated on how she is, can I write to her?

I can not believe the risks they take to survive. Watching the battle for aleppo on the news and just thinking that Judy is right there in the middle of it, hope she is ok?

I watched the video of Judy with my mummy. I am 9 like Judy and think it would be terrible to live like that. Poor Judy. I hope the war ends now.

it sad that homeless people are homeless like Syria,Brazil,and much other countries and it is very bad for it to keep on going and it has to stop!

I feel So Sorry for the children and their family there

Very facinating but sad at the same time

Wow I am so sad for the children, Imagine what we all would be like living like that ...

it's not fair that while we're sittig here taking all those things for granted , people in other parts of the world are struggling to even get warm clothes and blankets

I can not believe what it would be like to live like that theyare super brave SO SORRY!