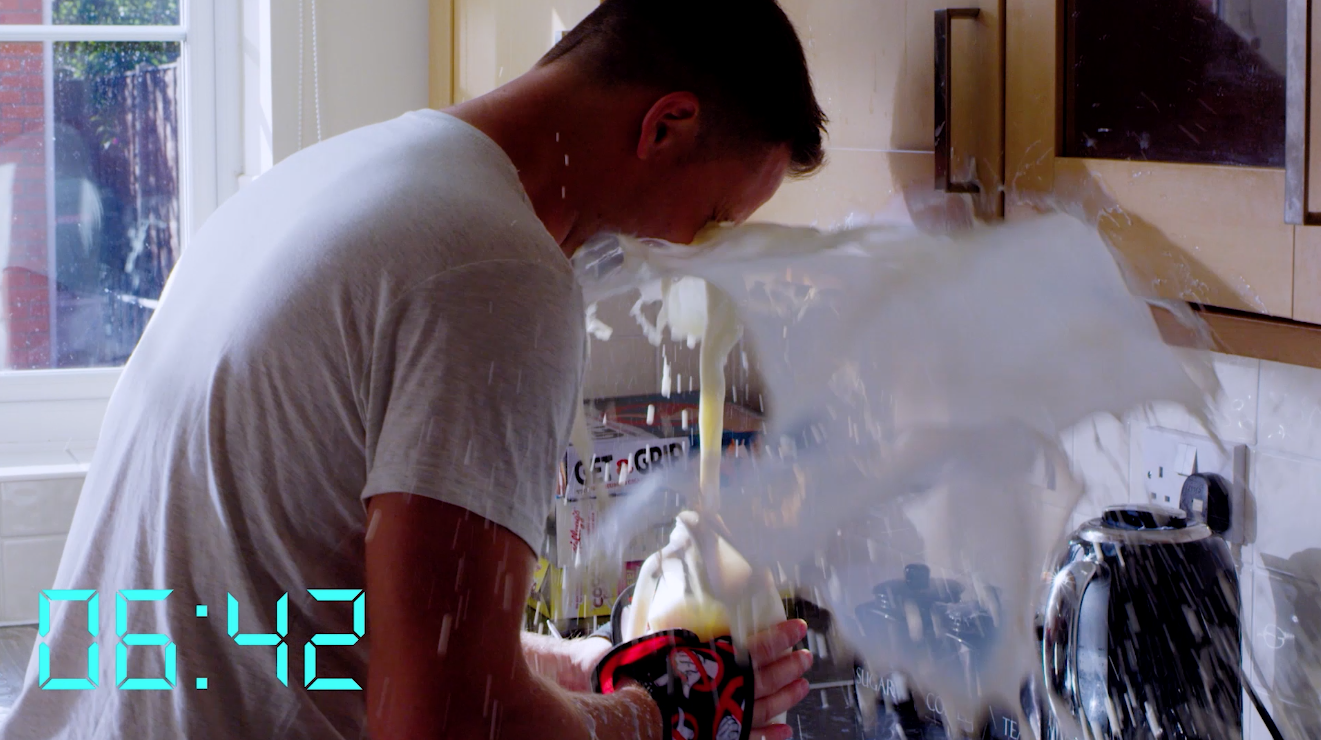 THE current and two-time World Thumb Wrestling Champion (yes, it is a real thing), Paul ‘Under the Thumb’ Browse, has taken on his most difficult challenge yet – spending an entire day without using the very thumbs!

Paul, who was once again crowned the World Thumb Wrestling Champion this summer at the World Championships in Suffolk proving he is no one-digit wonder, was challenged to go through an entire day completely thumbless, as he tested out the new no-thumbs game craze – The Get a Grip Game.

Fresh from defeating thumb wrestlers from across the world including America, Poland, Australia, Germany, India and South Africa, Paul set about his daily life without his thumbs.

He faced challenges from the moment he woke up, from buttoning up his shirt and doing his tie for work to making a cup of tea, answering his phone and struggling with the TV remote as he tried to watch his favourite football team in the evening.

Thumb master Paul certainly did not make using no thumbs look easy with simple everyday tasks becoming quite a chore!

See how Paul got on in the video above.

In need of more LOLs? We’ve got you covered.

he squirts himself in the face with the milk!

I could do better than him.