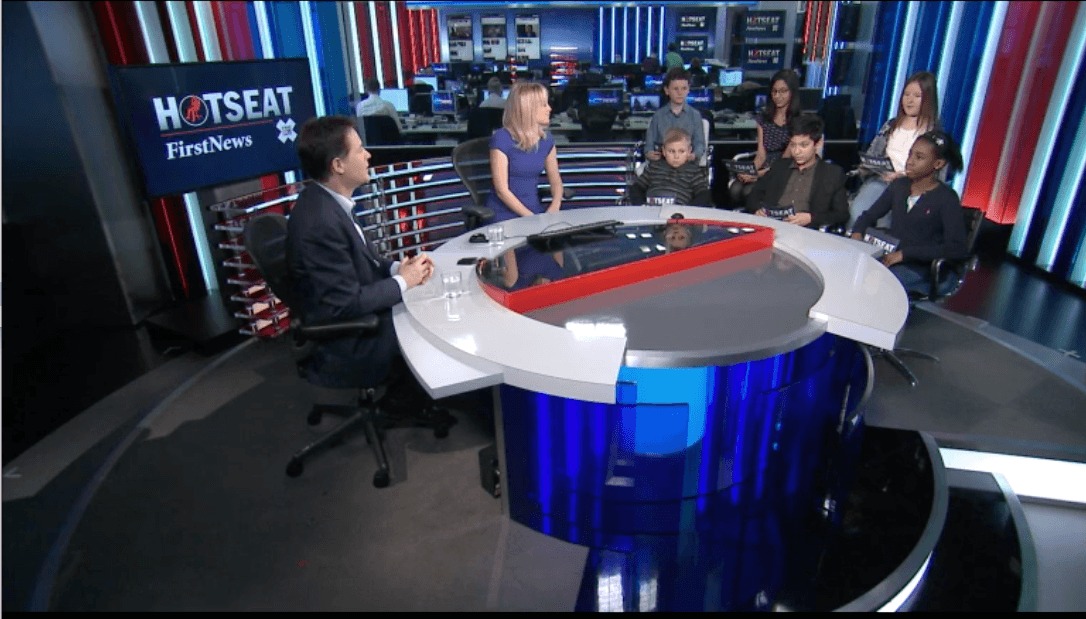 Nick Clegg is the prime minister’s right-hand man and leader of the Liberal Democrats. Along with all the party leaders, he is busy campaigning to become the next prime minister at the upcoming General Election. But this week he agreed to take time out of his busy schedule to sit in the hottest seat on television, the First News Hotseat – our show on Sky News.

The deputy prime minister used the interview to talk about his support for lowering the voting age to 16. Right now you have to be 18 to vote in the General Election.

“I think we do need to lower the voting age,” he said. “The good thing is that the Labour Party agree. But the Conservatives are still saying no. I think eventually we will win the argument.”

The deputy prime minister also spoke about being a dad. “My boys are far more important to me than anything I do in my office or in politics,” he said.

He was asked whether it should be against the law for parents to smack their children. He said that he didn’t smack his own children. “On the whole I would like parents to be good to their children rather than it being Parliament that tells them how to behave,” he said.

Mr Clegg said his greatest regret in politics was “not being prime minister” but he would like to be remembered for helping to pull the country back from the brink during the recent financial difficulties.