What a CUTIE! Check out these rare pictures of a hazel dormouse in the wild ? 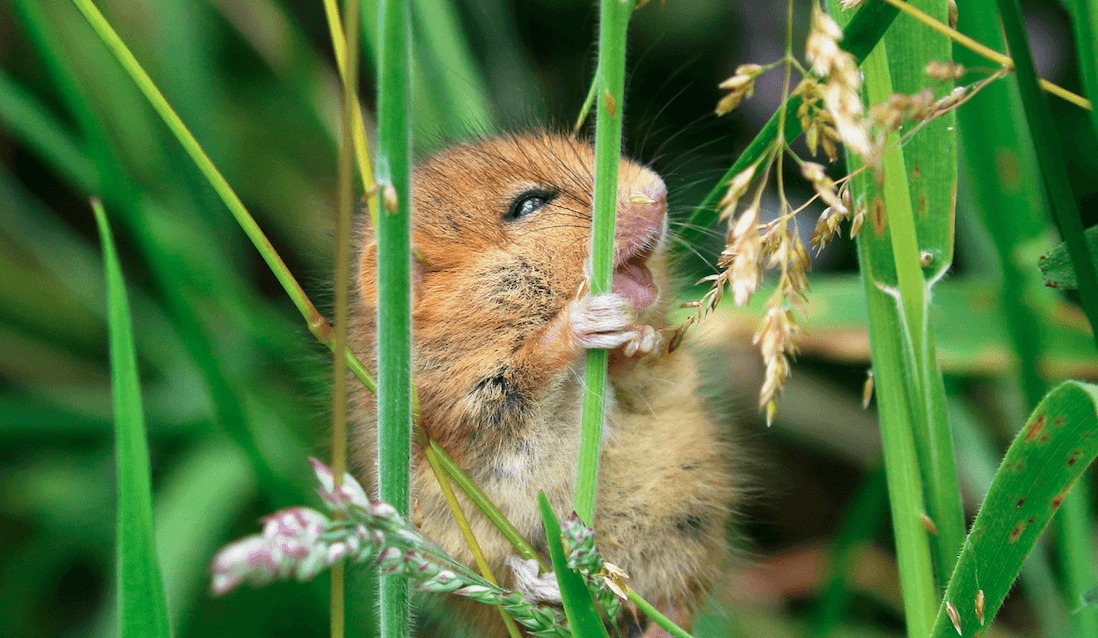 CHECK out this cutie! This rare hazel dormouse was spotted at a nature reserve in Devon last week.

Hazel dormice are one of the UK’s rarest mammals and their numbers are plummeting across Britain, making this sighting very special. Wildlife photographer and volunteer Jo King spotted the mouse at the RSPB Exe Estuary reserve. The usually nocturnal animal was out in broad daylight and Jo was able to photograph it for over an hour while it fed, groomed itself and even had a little nap.

Hazel dormice are actually vulnerable to extinction in Britain, because there are less places for them to live, such as hedgerows and areas of woodland. Plus when climate change causes wetter summers and warmer winters, it could also affect their access to food and ability to hibernate.

But there is help for the little creatures. The People’s Trust For Endangered Species has been running a hazel dormouse project that helps landowners manage their land for dormice and reintroduces them to areas where they have become extinct.

i LOVE dormice!! they're SOOOOO cute!!!!

You have to have a license to touch dormice.