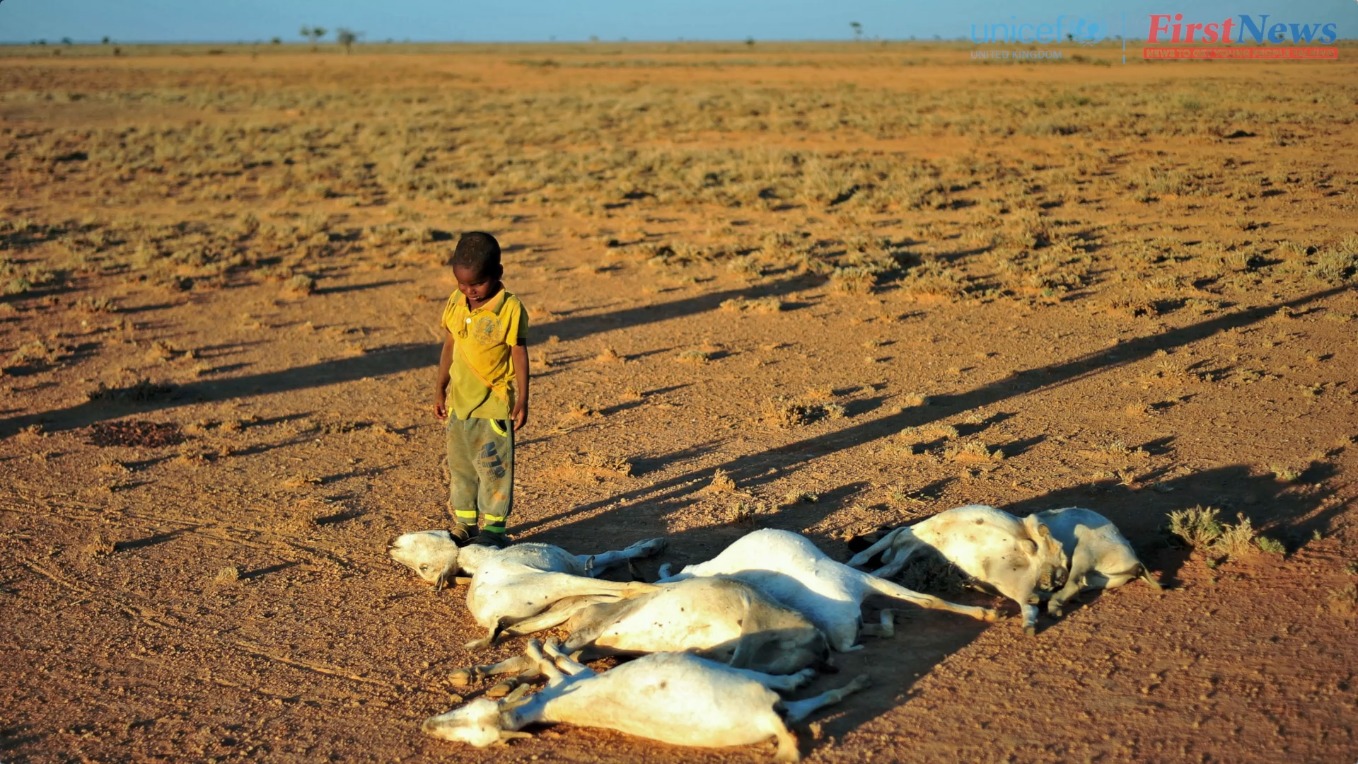 Countries in eastern Africa face terrible famine. The scale is staggering. Around five million children and their families are going hungry every day. More than 880,000 children are already so malnourished they need immediate medical care and life-saving food. Otherwise, one in five – well over a hundred thousand children – could die.

There are several reasons for the famine. Many poor families rely completely on their crops – like maize – to feed themselves. Some also have a few farm animals. Towards the end of 2016 the rainy season didn’t come as expected, leading to severe drought. Crops didn’t grow and animals died.

Some say climate change may partly have been to blame for the droughts and lack of rain. In the future scientists hope to develop crops which can cope better with drought conditions.

Famine can also be caused by conflict. In South Sudan families have to flee continuing fighting, leaving their crops behind. And armed groups deliberately stop food getting to some parts of the country they’re fighting against.

Children who don’t have enough to eat are more likely to become sick – but often can’t get medicine or get to hospital. Organisations like UNICEF and the World Food Programme try to reach the children in most desperate need by mounting Rapid Response Missions – including emergency helicopters that deliver food and medicines. And they’re making sure children are vaccinated to prevent them from getting diseases.

But they need to be given full access to all the children and families in need of support.

Find out more about the famine and how you can donate by visiting Unicef here.

More in I Don't Get It, Unicef UK