I DON’T GET IT: Why Advent Calendars every December? 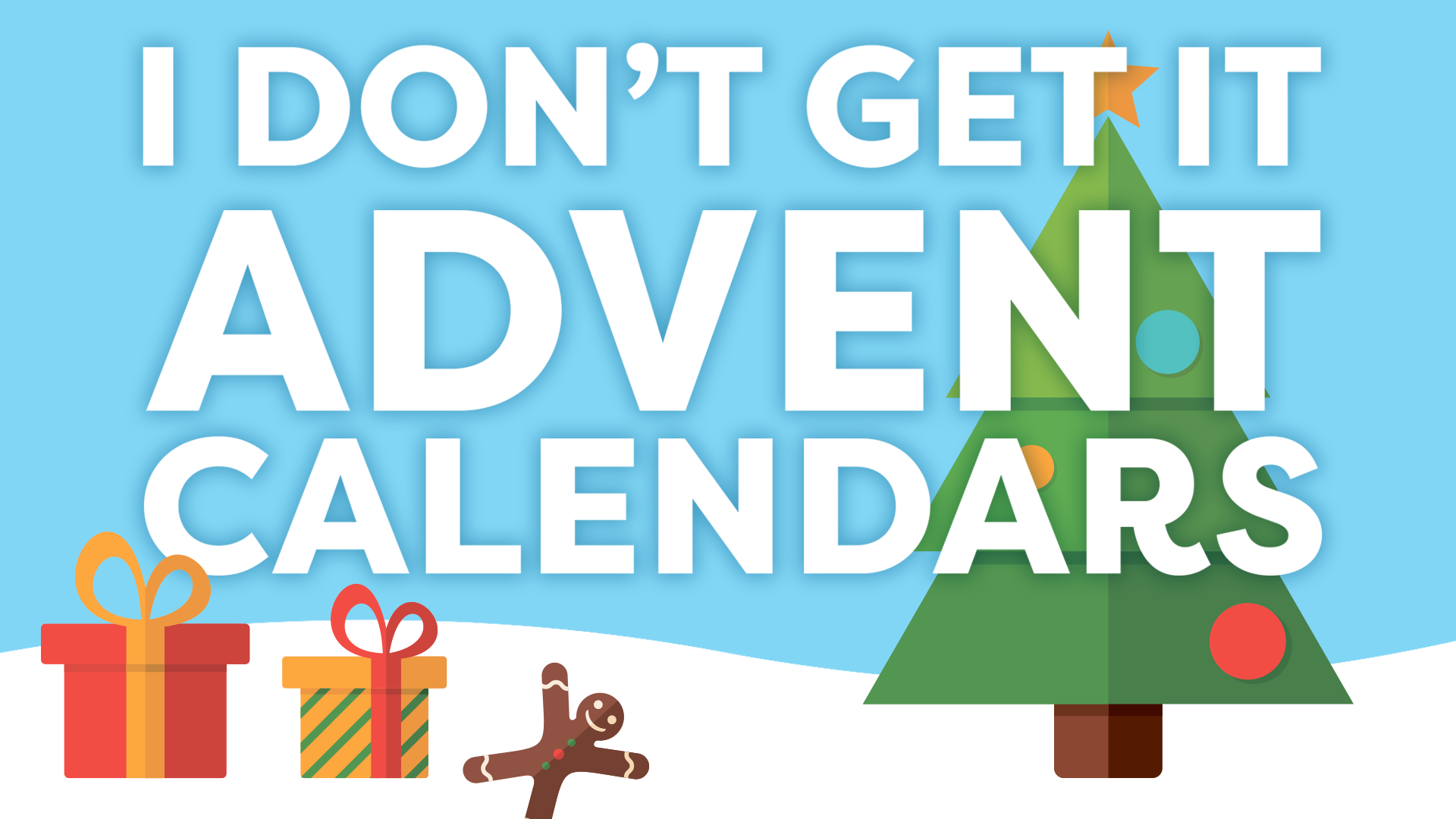 Advent is the season leading up to Christmas. In the Christian faith, it represents a time of preparation for the celebration of Jesus’s birth.

Did you know the word advent actually means ‘arrival’ or ‘coming’ in Latin?

Unlike some of our calendars, which start on 1 December, advent actually begins four Sundays before Christmas and ends on Christmas Eve. Yep, technically that means Advent starts in November.

The tradition of advent calendars is believed to date back to the 19th century (that’s 1800s). German Protestants made chalk marks on doors or lit candles to count down the days until Christmas.

In the 1900s, a man called Gerhard Lang started mass-producing cardboard calendars. Initially they just had pictures on them, and then later little doors were added.

As calendars developed, people began to add Bible readings and religious figures behind each door, too.

Unfortunately, Lang had to close his calendar company in the thirties. World War Two then halted production as cardboard was rationed and the Nazis put a ban on calendars with images.

It wasn’t until 1946 that a man called Richard Sellmer from Stuttgart in Germany started printing advent calendars again. Actually, his company is still running today!

Religious calendars continue to be produced in many countries, but it’s often chocolate ones that we see more of in the shops. These started being sold in the 50s as calendars became more commercial.

Speaking of which, First News is running its own online advent calendar throughout December – up until Christmas Day, of course – on First News Live! Each day, you’ll be treated to a different festive surprise in the form of a celebrity shout out, a Christmassy video or gallery or a sneak peak at some of the festive fun going on inside the First News office. Visit first.news/kids to see what’s behind our digital doors so far!

WATCH: View more I Don’t Get It videos from First News Live!

I never knew that!

That is fascinating WOW! I didn't know that