Disabled children have the right to live a decent life 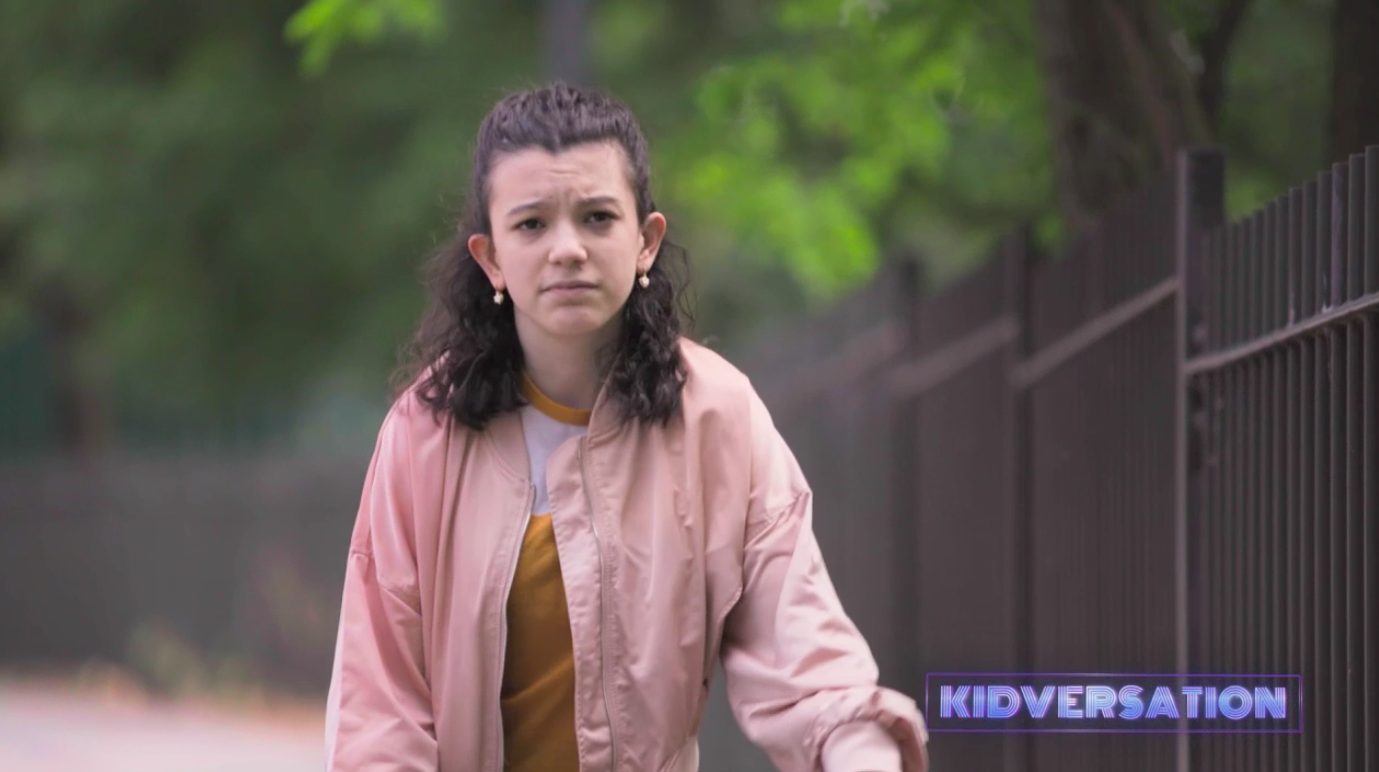 Article 23 of the The United Nations Convention on the Rights of the Child says: “A child with a disability has the right to live a full and decent life. Governments must do all they can to support disabled children and their families.”

EMILY: I have a right to receive support from the Government, to help me live a full and decent life.

EMILY: Hi, I’m Emily and I live in London. I am just one of 925,000 disabled children in the UK. That’s one in every 20 children. I suffer from a condition called cerebral palsy. It means my brain finds it hard to communicate to muscles in my body and can make simple movements difficult. I have an amazing family and I have always been determined to never let my disability get in the way of living a full life and achieving my dream of being a human rights lawyer – but it’s getting harder. And the Government is meant to help, they are supposed to make sure that children like me have access to everything that able-bodied children do.

In the area where Emily lives, there’s little to do or anywhere to go, a lot of venues and clubs for young people have closed or don’t provide access for those with disabilities.

TIA: So if you could put anything here what would you want?
EMILY: Probably just like clubs and sports centres that are accessible.

For the last ten years the Government has been trying to save as much money as it can, while keeping our country running. In doing so, they have cut back on spending money on things that Emily really relies on, like special resources and teachers at schools, activities in her area that are accessible, even medical treatments. And despite upgrades in the tube network, Emily’s nearest station is a nightmare – and the next accessible stop is miles away.

EMILY: So this is my local Tube station and as you can see there’s stairs, so it’s difficult to go up and down.

TIA: So how do you get up and down these stairs?
EMILY: My dad helps me.

TIA: What do you do if you don’t have someone with you?
EMILY: I won’t get the Tube. I’d try getting the bus. I just won’t use the Tube station as a way of traveling, I will find other ways, like a bus or a car.

You’d think that Emily would probably find school a better place to be, but sadly this is not the case. Due to budget cuts there aren’t enough specialist teachers and resources that schools need to fully support children with special educational needs and disabilities.

TIA: Do you ever feel excluded from certain subjects because of your disability?
EMILY: I think mainly PE. Teachers usually just say sit in a corner and keep the scoring.

TIA: And how often do things like this happen? Feeling excluded from school?
EMILY: Um, it depends really. Like, we were all going to go to the zoo to see the animals and enjoy the day, and my form tutor said I’m not going to give you the letter. I said ok why? And she was like, because you won’t be allowed to go anyway, because we don’t have enough staff to help you on the day of the trip.

TIA: That is awful. They can’t just exclude someone just because they don’t have enough staff,
EMILY: There’s a lot of cuts now in schools, I think it’s not directly the school’s fault.

Government cutbacks also mean Emily is struggling to get the medical and physical treatments she needs.

EMILY: I have physios, but they can’t have appointments and see how i’m doing and adapt my physio programme. They were, like, we can’t do anything for you do it privately, you have to pay thousands of pounds for something you need.

TIA: That’s awful.
EMILY: I always say to them, there’s going to be a day where I have to pay for stuff myself, my parents aren’t going to be here to pay, and they say, that’s life, deal with it.

Emily has had enough – and so have hundreds of families and schools who have been protesting for better funding to support children with disabilities. Last year more than 1,500 were without a school in England, with some waiting up to two years for a place, so are being homeschooled, alone. In August 2019 Emily took action and wrote to the Government demanding change. She got an answer. Not just a letter, but an actual invite to Government HQ, 10 Downing Street, to see Gavin Williamson, the Secretary of State for Education.

GAVIN WILLIAMSON: Every child, it doesn’t matter where they come from, what their background, they’ve got to be made to be part of that school.

He has the power to make the changes and he promised Emily he would. The minister also promised to keep in touch.

TIA: To be honest it’s fairly boring being stuck indoors all the time. That’s why I was ringing, I wanted to say I think I’m experiencing what your isolation feels like!
EMILY: Yeah! I suppose it’s similar to my life. I mean, I used to be able to go to school like everyone and get out a bit. But that feeling of being socially restricted is basically my life all the time.

With the Government focused on dealing with coronavirus, Emily’s worried she will never break free from her own isolation. Nearly eight months after her Downing Street meeting, and after several attempts to reach out to Gavin Wlliamson, Emily was finally granted another meeting, this time with Schools Minister, Nick Gibb.

EMILY: So when I met the Education Secretary, he promised to prioritise more facilities and better access for disabled children within their communities.
NICK: Absolutely, and I know that the Secretary of State Gavin Williamson was very influenced by his meeting with you at Downing Street at the end of last year.

EMILY: But obviously the Government will have to pay out a lot of money to get the country going again, because of coronavirus and lockdown. Will it still have the money to improve facilities to disabled children?
NICK: There is no question that the Government is accumulating a huge amount of debt. But we do want to do everything we can to make sure that the lives of children and adults with disabilities is as fulfilled as possible. And the disability that people have should not affect their life chances, or their opportunities and that’s something the Government takes very seriously and has done for many years.

TIA: Hi Emily.
EMILY: I got a chance to speak to the Schools Minister Nick Gibb.

TIA: Oh awesome, how did it go?
EMILY: Yeah he pretty much said what Gavin Williamson said, that they’re going to put more funding into giving children with disabilities a more fulfilled life.

TIA: But do you reckon the Government will have enough money left?
EMILY: Yeah, I reckon so. He promised they’re going to really take it seriously, so I think things will change.

Meeting Emily has opened my eyes, she is fighting for her right to have the so many things I take for granted, and it’s a fight she has taken to the top, and is never going to give up on it.