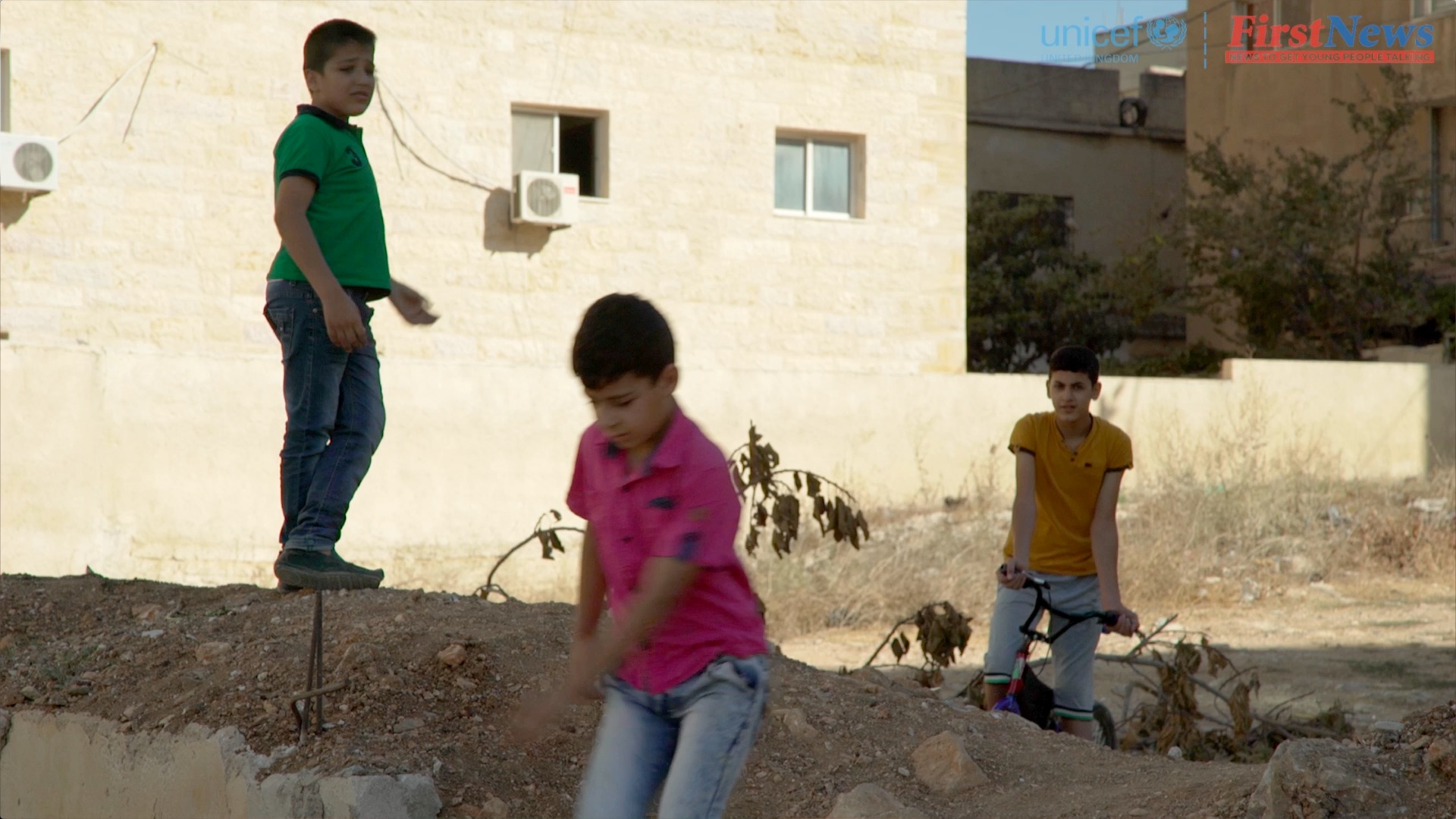 Imagine never going to school and not being able to get a job. First News investigates the struggle to get Syria’s child refugees into the classroom.

Millions of refugees have fled Syria to surrounding countries like Jordan.  In Jordan some live in crowded refugee camps, but most are given a basic home in Jordanian communities, living among the locals.  However, the huge number of refugees has caused overcrowding in schools where there are not enough places for them.  Many children do not go to school as a result.  The fear is that many Syrian adults in the future will never have been in a classroom.

Ali, age 12, is a refugee who lives in Jordan and hasn’t been to school for six years.  He had to flee his home in Syria because of the war.  He can’t read or write and he has developed a stutter when he speaks as a reaction to the trauma of the war he has been through.  There are millions of Syrians like Ali who are out of school.

But there is hope.  Charities like UNICEF provide support centres for children who can’t go to school.  Here children get help to overcome the horror of war and start learning again.  Ali is on a list of children who are waiting for a place in a school.  He is not giving up hope.

In this video, Ali sends a message to children around the world about education, hope and the future.

so like a whole generation of children won't be educated! First News should go back to Jordan or Syria in ten years and see what became of these children -it might inspire more to be done to help refugees

I WILL NEVER MOAN ABOUT SCHOOL AGAIN! Why is more not being done to help Syrian children?It makes me want to be an aid worker when I leave school, or even a teacher in refugee camps. First News should go back and see if things have got better for them after these reports

that is so sad me and sarawalter