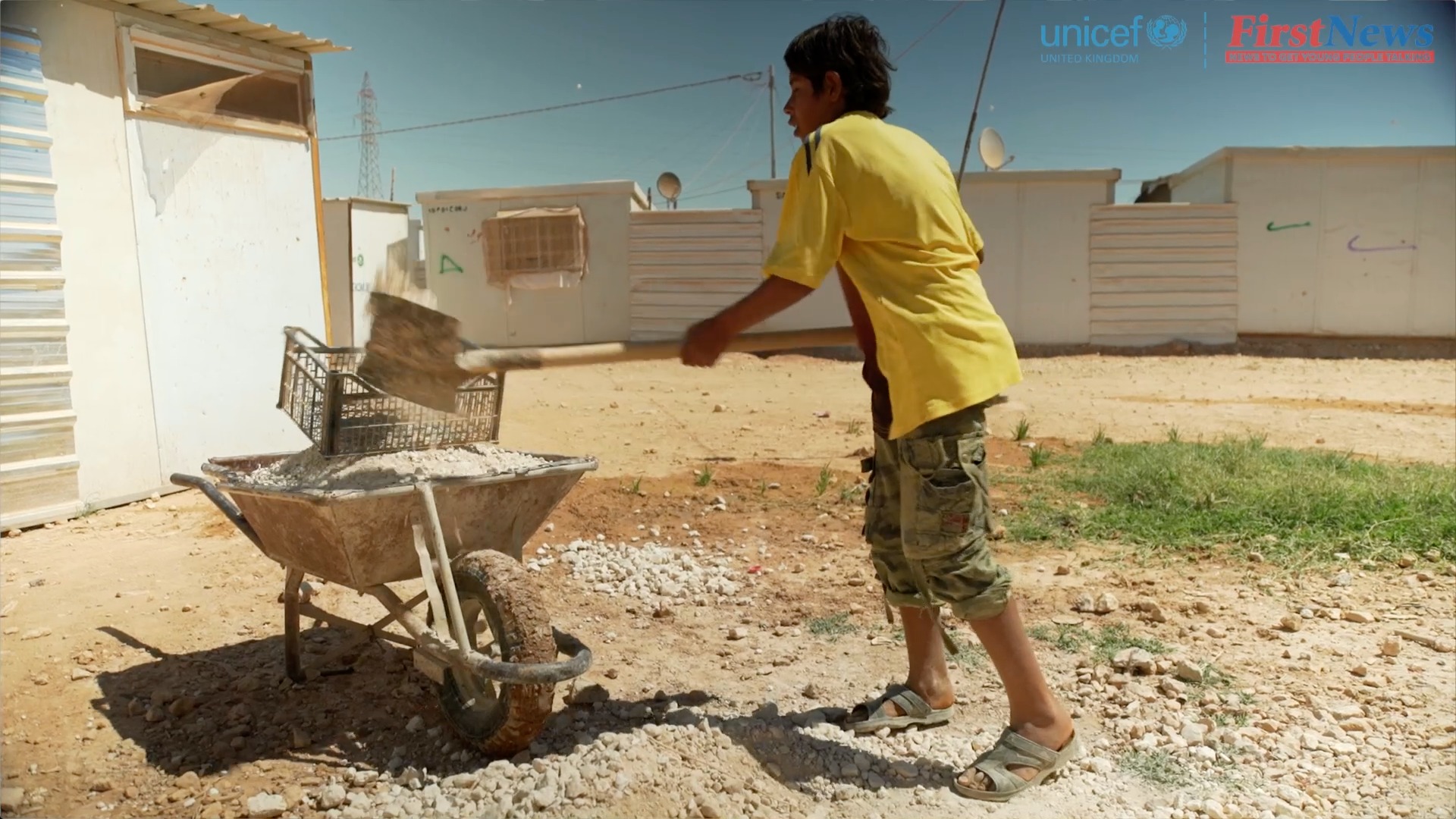 Imagine your family has no money and you have to work instead of going to school and seeing your friends. First News Investigates the child refugees who become child workers.

5 miles from the Syrian border in Jordan there is a temporary city in the desert.  This is Zaatari. It’s a tough life for the 80,000 refugees who live here.  Some children have to work to support their families.

Maher, who is 13,  fled Syria for the safety of Jordan where he lives in the camp at Zaatari.  Before the war started he and his family had a good life and they were happy.  The war has torn their lives apart, though.  After Maher left Syria with his family, his father was killed in the fighting.

He now lives in Jordan with his mother, sisters and brother.  His mother is sick and cannot work.  Maher works for his family and is the sole bread winnner.  He shifts gravel for a living, selling the material to local builders by the wheel barrow load.  He makes roughly 50p per load.  It is difficult, back breaking work and it often makes him ill.

Sadly, Maher is not the only child worker in Zaatari.  It is estimated more than 11,000 refugee children are working in Jordan and are missing out on school.

In this report we find out how the charity UNICEF is working to make lives better in the camp for these children.  In Zaatari they have set up a centre where they can play and learn.  This is a place where children can just be children.  Maher says that the centre is a life line for him.

It's not fair , having to work and only getting paid 50p.