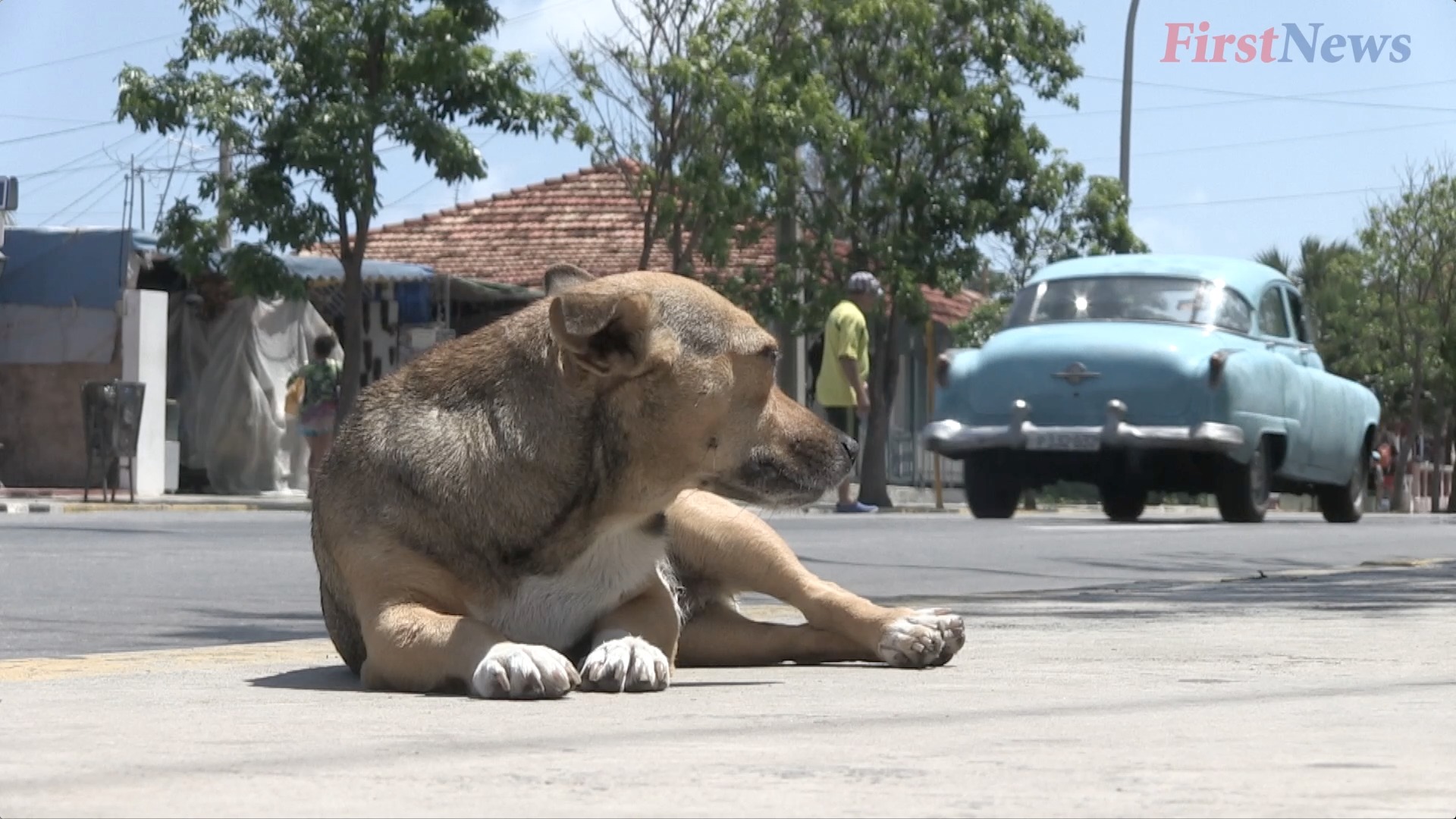 13-year-old Kevin hopes changes coming to Cuba will help the country’s street dogs, as well as its people.

Cuba’s street dogs are famous.  They do not have permanent homes, but live on scraps and find shelter where ever they can.  The people who live around them love them, though.

Kevin Garcia lives near the capital Havana.  He spends all of his spare time helping and caring for the street dogs in his area.  He hopes that the new political changes in his country will not affect the lives of the street dogs, but he may be wrong.

Now that the USA and Cuba have become friends after being enemies for 50 years, things are about to be change for the entire country.  During those fifty years, America punished Cuba by stopping their citizens taking holidays there and blocking trade between the two nations.  Those sanctions have now been lifted and Cuba wants to become a holiday destination for US tourists..

The authorities say stray dogs will be an eye sore for the American tourists they are expecting to visit.  As a result they have started rounding up and impounding the dogs.  First News has obtained footage of the government’s dog pounds – where the animals are fed poison to put them to sleep.

All over Cuba people are now trying to save the dogs.

This report shows how they’re doing it.

OMG! I adore dogs I can not believe this is happening even in a porr country - what is Network for Animals? Can we help them end this?

This is terrible! I'm vegetarian and love animals. At home I have eight pets, eleven if you count my mum's and brother's. (We have six Guinea pigs, two cats, two fish and a shrimp.) How could anyone poison and put to sleep those poor animals?! Also, with the 'secretly obtained film' I hope if any first news people were there they did something.

And sarawalter, you can probably find a special charity to donate to or go help when you're older.

It is so nice to see people reaching out and helping the many abandoned and endangered street dogs. I hope some more action is taken to protect animals all over the world!

Dogs are my life I love and adore them I really hope the Cuba government will understand how much tourists and people native to Cuba love and care for them .?